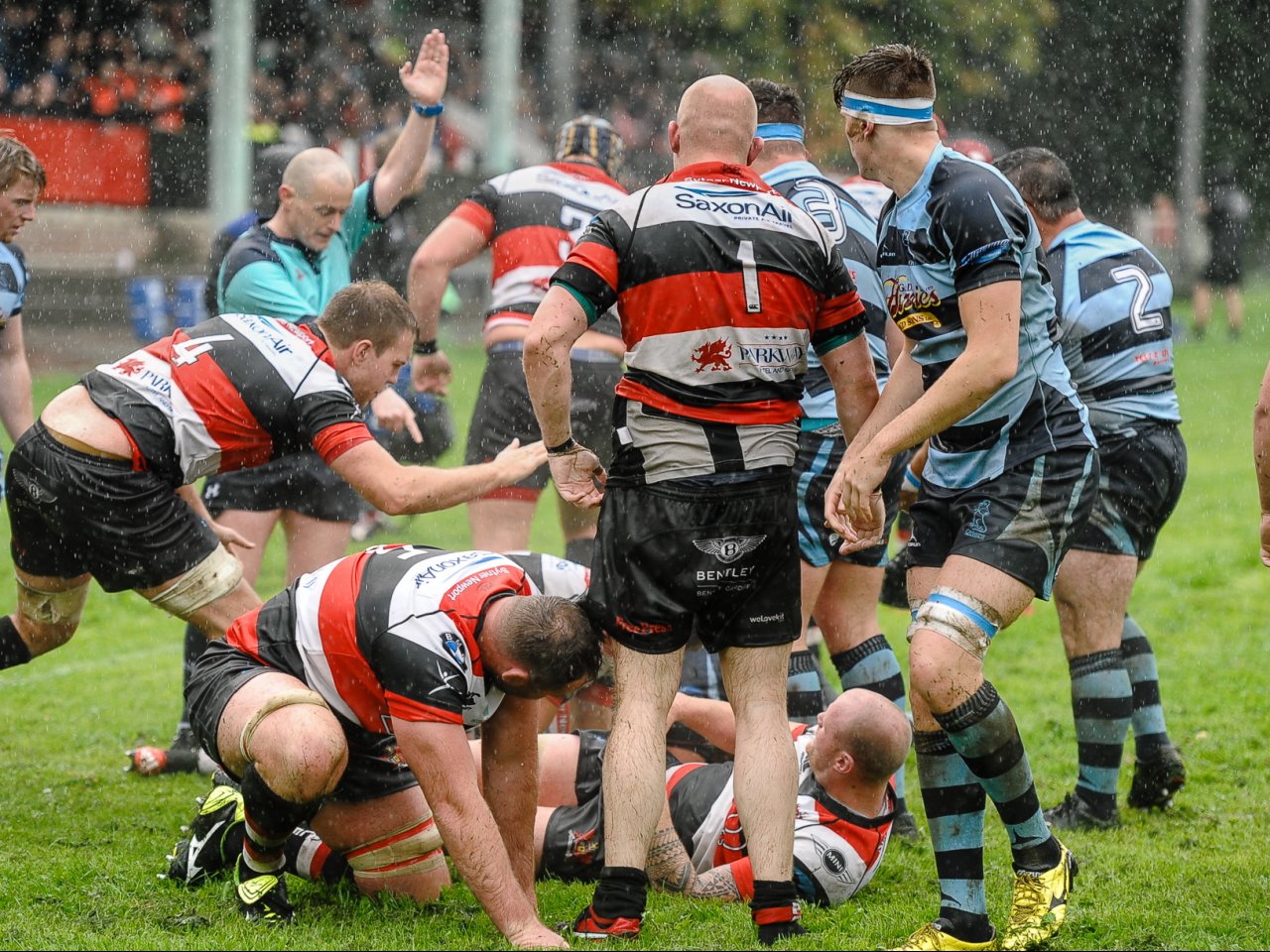 Impressive start to the season for Pooler

To kick-off their Championship campaign, Pontypool welcomed Narberth to Pontypool Park on a very wet afternoon and with heavy rain falling during the whole game, it made the playing conditions very difficult, writes Ray Ruddick. The kick-off was put back 15 minutes due to Narberth experiencing traffic delays on their long journey from Pembrokeshire.

However, before this game kicked off, a curtain raiser was played when Pontypool United Under 10s took on Caerleon Under 10s. Considering the awful conditions, some of the handling of these stars of the future was very good. After a closely-fought game, Pontypool United Under 10s ran out 21-7 winners, scoring three tries to Caerleon’s one. Credit must go to the young lads on both sides for producing an entertaining game.

Back to the senior game, and Pontypool kicked off playing towards the bandstand end of the ground. In the eighth minute Pontypool were penalised for a high tackle on Narberth’s 10 metre line in midfield and the long attempt at goal fell short of the target. After 22 minutes The Otters were caught offside five metres inside their half in midfield and Pooler outside half Matthew Jones put his side ahead with a fine kick at goal (3-0). Two minutes later Pontypool were on the attack with a driving maul down their right. The ball reached Matthew Jones who cross-kicked to the left corner, gathered by Kieran Meek and the full back crossed for an unconverted try ten metres in from the corner (8-0).

Just before the half-hour mark Meek chipped ahead into the visitors’ 22. Good football skills by Josh Hurley dribbled the ball over the goal line and he dived on it to score in the right corner. The conversion failed (13-0). In the 40th minute Narberth were penalised for not binding at a scrum 15 metres in from touch on The Otters’ 10-metre line and Matthew Jones slotted the kick at goal (16-0). Back came Narberth and with the last action of the first period, Pooler were guilty of taking a man out in the air on their 10-metre line, five metres in from touch on Narberth’s right and right wing Nick Gale kicked a good goal. Half time Pontypool 16 Narberth 3.

It was getting rather gloomy during the half time interval so the floodlights were switched on before the start of the second period. Within two minutes of the re-start, Pontypool were penalised for not rolling away in front of their posts and Nick Gale kicked the easy goal (16-6). Five minutes later Pooler kicked for the right corner after winning a penalty. From the ensuing lineout, the home pack drove their opponents back over their goal line with a powerful surge and captain and hooker Ben Parry came up with the ball, scoring Pooler’s third try of the game. The conversion was missed (21-6). Ben Sparks then came on for Ashley Gibson at number eight for Pontypool. After 52 minutes Ben Parry left the field with a facial cut and was replaced by Alex Watkins and ten minutes later tight head prop Ollie Drake made way for Tomas Sparey in the Pooler front row.

With just over 10 minutes remaining Pooler’s pack was dominating the scrum and from a powerful scrum just outside Narberth’s 22, Ben Sparks picked up from the base and passed to scrum half Aaron Quick who then fed Gareth Rusby-Davies and the impressive flanker dived over for the bonus-point try, converted by Matthew Jones (28-6). Both home half backs were replaced – Matthew Jones by Sam Mills and Dan Brooks came on in place of Aaron Quick. After 75 minutes Pooler centre Dan Robinson made a strong run into Narberth’s 22. Dan Brooks recycled the ball and fed Josh Hurley who crossed in the right corner for an unconverted try (33-6). Four minutes into injury time and with the final move of the game, Ben Sparks picked up from a scrum five in The Otters’ right corner and charged over the line for a try which Kieran Meek converted. Final score Pontypool 40 Narberth 6.

This was a good start to the league season for Pontypool, scoring six tries in testing conditions. The pack went particularly well – dominant at scrum time and powerful with their driving mauls. Pontypool now look forward to next Saturday and their first away game in the league this season with a difficult trip to Mount Pleasant Park to face Beddau, kick-off 2.30pm. Last season Pooler came away from Beddau with a very narrow 10-9 win so they will need to be on top form to gain another victory. Pontypool’s next home game is on Saturday 17 September when traditional rivals Newbridge visit Pontypool Park for a local derby, kick off again 2.30pm.