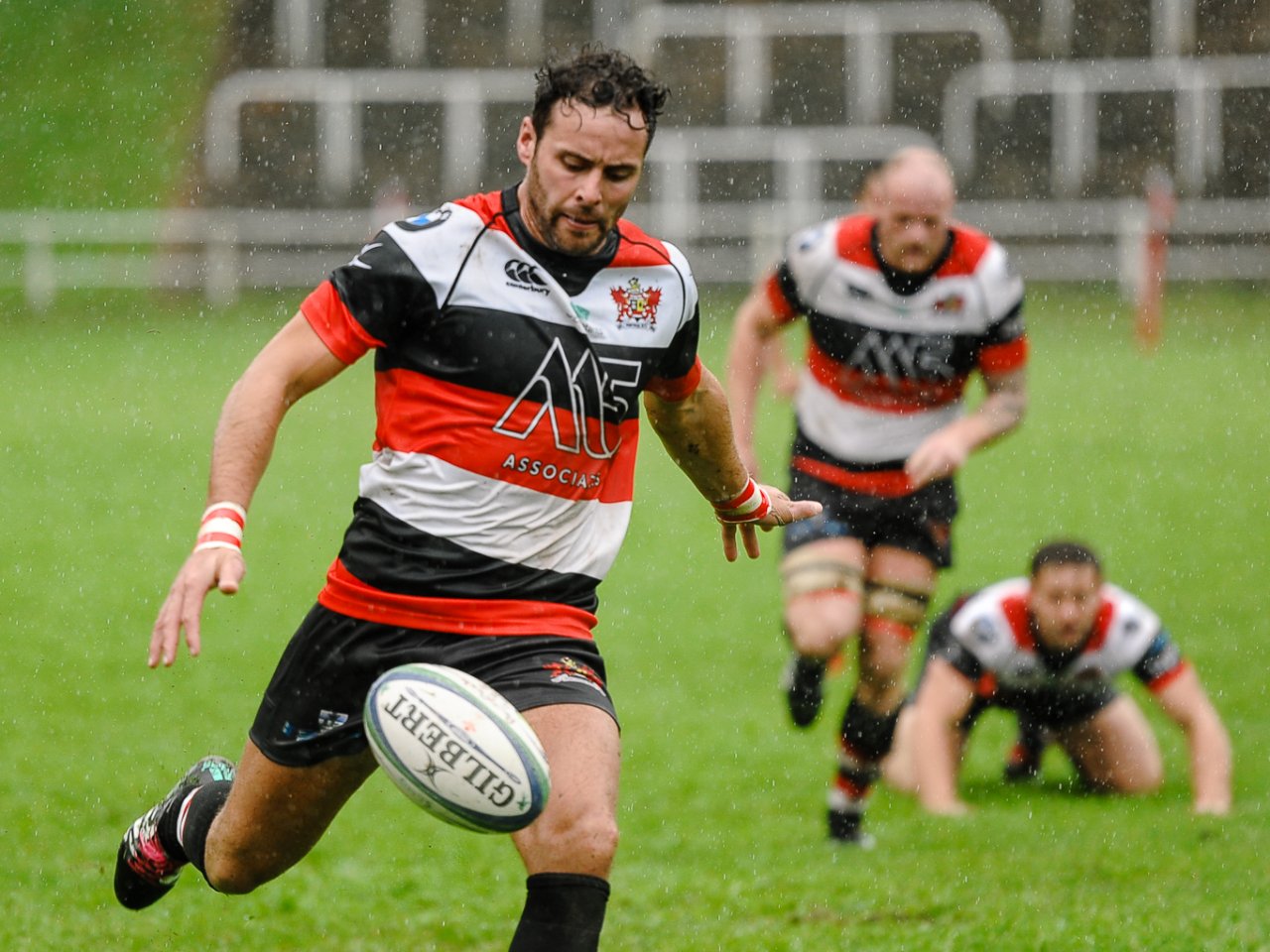 Mount Pleasant Park is always a difficult place to get a result as Pontypool found with this hard fought victory on a lovely afternoon, writes Ray Ruddick. Pontypool went into the game on the back of a handsome home win over Narberth last Saturday while Beddau were smarting from a reverse at Tata Steel.

Beddau kicked off playing down the slope, attacking the changing room end of the ground. The home side made the better start and in the third minute opened the scoring. Beddau had a lineout on Pooler’s 22 – the ball was thrown to the tail and passed out to centre Lewis Egal who ran through the Pooler defence to score a try under the posts. Outside half Hywel Chatham converted (0-7). After 14 minutes Pooler were caught offside at a ruck 35 metres from their line to the left of the posts and Chatham slotted the kick to stretch his side’s lead (0-10).

Just before the half-hour mark Pooler’s flanker Rob Nash was yellow carded for the use of his shoulder on the visitors’ 22 on Beddau’s right and Chatham was again successful with his attempt at goal (0-13). Three minutes later and home flanker Matthew Howells was sin-binned for deliberately collapsing a maul near Beddau’s goal line. Pontypool elected to kick for the corner and from the ensuing lineout, the visiting park drove their opponents back and the Beddau pack collapsed the maul just before the goal line. Referee Neil Jones of Carmarthen had no hesitation in awarding Pontypool a penalty try, converted by outside half Matthew Jones (7-13).

In the 39th minute Beddau were offside in front of their posts and Pooler refused the relatively easy three points and kicked to the left corner. From the lineout The Pooler pack drove the Beddau eight back and loose head prop Aaron Coundley scored a try and Matthew Jones converted to put Pooler in front for the first time in the game (14-13). With two minutes of injury time gone, Beddau were penalised on their 10-metre line on Pooler’s right and with the last kick of the half, Matthew Jones narrowly missed his attempt at goal. Half time Beddau 13 Pontypool 14.

After 4 minutes of the second period Pooler made their first substitution with tight head prop Ollie Drake making way for Tomas Sparey. Immediately after Beddau were penalised for offside just outside their 22 and Matthew Jones slotted the kick to increase Pooler’s advantage (17-13). Pontypool centre Marc Thorley was then replaced by Sam Mills. In the 51st minute Beddau were penalised for standing up in a scrum 10 metres from their line to the left of the posts and Matthew Jones put the visitors further ahead with another 3 points (20-13).

A quarter of an hour into the second half and Pontypool second row Matthew Thomas, who was playing his 100th league game for the club, was sin-binned for not retreating 10 metres after Beddau took a quick tap penalty. The resulting penalty on Pooler’s 22 was kicked by Hywel Chatham to narrow the gap to four points (20-16). With 20 minutes remaining Pooler made another change when scrum half Aaron Quick was replaced by Dan Brooks. A minute later Beddau’s replacement Morgan Williams saw yellow as he infringed while on the ground when play was inside the home 22. After 65 minutes Pooler’s flanker Gareth Rusby-Davies, who had a fine game, was replaced by Max Williams.

Going into the final 10 minutes the home side were guilty of going over the top at a ruck on their 10-metre line in midfield and Matthew Jones slotted his attempt through the uprights (23-16). In the 80th minute Beddau were penalised for side entry at a maul on their 22 wide out on Pooler’s right. Once again Matthew Jones was on hand and kicked an excellent goal to take Pooler 10 points clear of their hosts, thus preventing Beddau getting a losing bonus point. For the final couple of minutes Alex Watkins took the field in place of Pooler hooker and captain Ben Parry. Final score Beddau 16 Pontypool 26.

The game struggled to flow for the most part due to many errors on both sides and four yellow cards didn’t help either. It was a tough encounter and Pooler were relieved to come away with a deserved victory as they were the better side. Next Saturday Pontypool welcome close neighbours and traditional rivals Newbridge to Pontypool Park for a keen local derby, kick off 2.30pm.