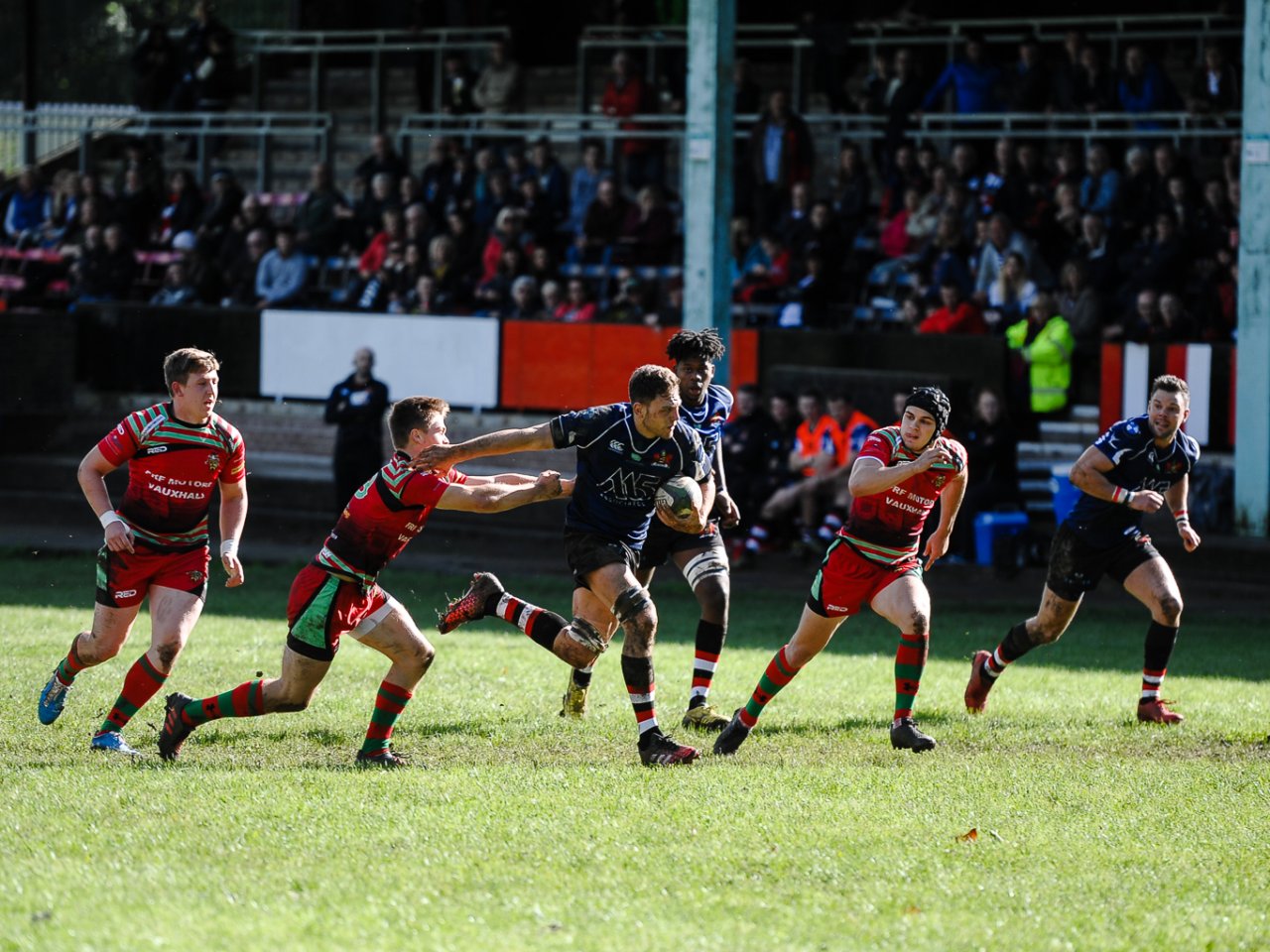 Pontypool turned on the heat in the second half of their WRU National Championship clash with Dunvant at Pontypool Park scoring 45 unanswered points to go top of the table, writes Ray Ruddick. Heavy rain fell before the game but stopped before kick-off and it brightened up as the game got under way.

Dunvant, who were Division One West Champions last season, kicked off attacking the scoreboard end of the ground. In the second minute of the game, outside half Matthew Jones’s deft little chip, just outside his 22, was well caught by left wing Rhodri Usher who made good ground. He drew his man on the visitors’ 10-metre line and put Dan Robinson in the clear and the centre sprinted 40 metres to score a try to the left of the posts. Matthew Jones slotted the conversion (7-0). Ten minutes later and from a lineout on Pooler’s right, there was a miss-pass in midfield and Dan Robinson went outside a Dunvant defender and fed full back Kieran Meek at speed. Meek then drew his opposite number and put Rhodri Usher clear to score in the left corner. Matthew Jones’ conversion attempt struck the left upright (12-0). In the 16th minute a good break by home flanker Callum Davies took play into Dunvant’s 22. The ball was moved right and wing Josh Hurley crossed for a try to the right of the posts. This score was converted by Matthew Jones (19-0). Midway through the first period, back came Dunvant with a try by left wing Adam Williams-Parry who beat Meek on the outside to score 15 metres in from the left touchline. Outside half Richard Lewis added the extras (19-7).

With a quarter-of-an-hour to play in the first half, Dunvant kicked the ball ahead on the left flank and Richard Lewis scored a try near the posts and he kicked the easy conversion (19-14). Shortly after, Dunvant were penalised for a high tackle just outside their 22 on Pooler’s left. Pontypool kicked for the corner and from the ensuing lineout, the home eight drove their opponents over the goal line and the impressive flanker Gareth Rugby-Davies scored the bonus-point try. The conversion failed (24-14). Just before the interval, Pooler were penalised at a lineout just outside their 22 on Dunvant’s left and Richard Lewis slotted the kick at goal to bring the visitors to within seven points of their hosts at the break. Half time score Pontypool 24 Dunvant 17.

Within two minutes of the re-start, Pooler went on the attack and a good break by Rusby-Davies took play into the Dunvant 22. Quick ball reached Max Williams and the young second row scored an unconverted try to the right of the posts (29-17). In the 50th minute, Pooler put more pressure on the visitors’ defence and nippy scrum half Rhys Dyer crossed for try near the posts which Matthew Jones converted (36-17). Max Williams was then replaced by Matthew Thomas for the home side. Three minutes later and Pontypool were on the attack again. From a driving lineout deep in Dunvant’s 22, following a Pooler penalty, veteran tight head prop Ryan Harford scored a try 15 metres in from the right touchline. Matthew Jones converted (43-17). After 55 minutes, the Pontypool forwards were in control and the ball reached Dan Robinson whose angled run, at speed, brought him his second try of the afternoon, touching down to the left of the posts, converted by Matthew Jones (50-17). Robinson was then replaced by Marc Thorley; then Ollie Drake came on for Ryan Harford and a little later loose head prop Aaron Coundley was replaced by Jamie Jeune. This was Jeune’s 202nd appearance for Pontypool in the league which is now a club record, overtaking former tight head prop Nicky Blake who made 201 appearances between 2003 and 2012.

Just after the hour mark and Pooler applied more pressure on their opponents which resulted in Matthew Jones dancing over for a try under the posts and he slotted the easy conversion (57-17). Rhys Dyer was then replaced by Dan Brooks. In the 73rd minute, Pooler took play into Dunvant’s 22 and, following some good play by centre Sione Tu’ipulotu, he got his pass away to the supporting Marc Thorley and the replacement centre scored a try near the posts which Matthew Jones converted (64-17). Three minutes later, Rhodri Usher made a lovely break, after taking an inside pass from Matthew Jones. The ball went right and Kieran Meek scored an unconverted try. The referee then blew the final whistle with just over 37 minutes of the second half played. Final score Pontypool 69 Dunvant 17.

After a good start, Pooler took the foot of the accelerator and let Dunvant back into the game to make it close at half time. However, in the second half the visitors were no match for their hosts as Pooler produced a fine display of rugby to run away with the game in the end. The players will take confidence from this and it is a good build-up for next Saturday’s top-of-the-table encounter when Pontypool travel to Margam Sports Ground to take on Tata Steel. The following two weeks, Pontypool have home matches with Skewen on the 15th and Bedlinog on the 22nd. All matches kick-off at 2.30pm.