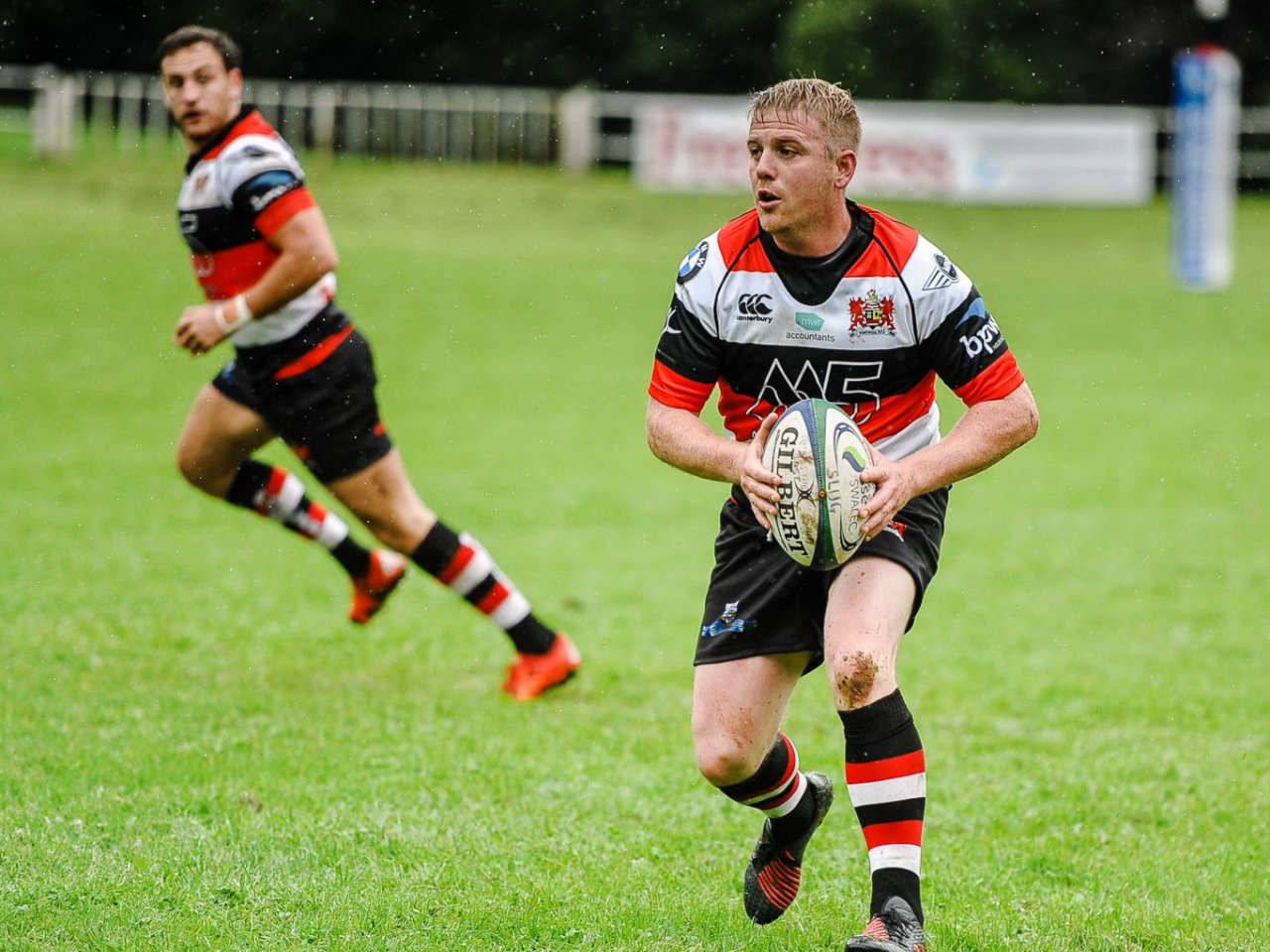 Pontypool welcomed WRU National Championship newcomers Bedlinog to Pontypool Park on a fine and dry afternoon in what was the first match between the two clubs, writes Ray Ruddick. It was a very tight affair throughout with no more than four points separating the sides at any point and it was Pooler who just managed to hang on to their 100% record in a game that was a good advert for Championship rugby.

Before kick-off a minute’s silence was observed to commemorate the 50th anniversary of the Aberfan disaster and to remember all those affected by this dreadful tragedy.

Bedlinog kicked off attacking the scoreboard end of the ground. From the kick-off Pooler were penalised for blocking and the attempt at goal went across the face of the posts. After four minutes Pooler were caught offside inside their 22 to the right of the posts and the shot at goal went outside the left upright. Four minutes later Bedlinog were penalised for going over the ball 30 metres from their line, slightly to the left of the posts and full back Kieran Meek slotted the kick to put the home side into an early lead (3-0). After 15 minutes Pooler second row Richard East left the field with a head wound and he was temporary replaced by Jordan Williams, who was in his comeback game for the club from a knee injury that kept him out for six months.

Midway through the first period Pontypool were penalised at a scrum near the half way line, 15 metres in from Bedlinog’s right touchline. The Foxes took a quick tap and Pooler failed to retire 10 metres so the referee awarded another penalty 10 metres further on which was just in the range of visiting full back Dan Murphy who kicked a good goal (3-3). In the 27th minute the visitors were guilty of holding on just outside their 22, 10 metres in from Pooler’s left touchline and Kieran Meek kicked his second penalty of the afternoon to put the home side back in front (6-3). Richard East then returned to the field after been patched up by the Pontypool medical team. There was no more scoring in a very tight first half as Pooler went into the break with a slender lead. Half time score Pontypool 6 Bedlinog 3.

In the early part of the second half, Pontypool were starting to get the upper hand in the scrum and, after 52 minutes, this was nullified as there were passive scrums due to injuries to the Bedlinog front row. Pooler then took off tight head prop Ollie Drake and he was replaced by Alex Watkins. Pontypool were applying pressure on the visitors’ defence and to their credit, Bedlinog held firm as Pooler could not get a score but came close on several occasions. Four minutes later home second row Kristian Smith was replaced by Jordan Williams. On the hour mark Pooler’s No 8 Gareth Rusby-Davies was yellow carded for an offence inside the home 22 after a break-out by The Foxes. Pooler centre Marc Thorley then left the field and was replaced by Matthew Jones who slotted in to outside half, Tom Hancock went to full back and Kieran Meek to centre. In the 62nd minute, Bedlinog won the ball inside their opponents 22, the ball went right and visiting outside half Iain Smerdon crossed for a try in the right corner. This was converted by replacement Gareth Fisher as the visitors went ahead for the first time in the match (6-10).

Going into the final minutes of the game, The Foxes were looking good for the win but in the 78th minute, Pontypool were awarded a penalty 35 metres from the visitors’ goal line on their right. The home side kicked for the corner and from the ensuing lineout the Pooler pack made several attempts to drive over their opponents’ line and, eventually hooker and captain Ben Parry scored the all-important try and Kieran Meek converted (13-10). Direct from the re-start Pooler were guilty of blocking again, as they were at the beginning of the game, this time it was 40 metres from their line and 10 metres in from Bedlinog’s left touchline but the attempt at goal hit the cross bar and stayed in field. Play continued in Pontypool’s 22 and visiting centre Ben Grzesica was sin-binned for what appeared to be foul play. Pooler cleared their lines with the relieving penalty and they held on for a narrow victory in a tough but enjoyable encounter.

Next Saturday Pooler will make the long journey west to the picturesque Dol Wiber ground to take on Newcastle Emlyn (kick-off 2.30pm). There will be a special match at Pontypool Park on Friday 4 November when Pontypool take on a Torfaen XV with every club represented in the Borough. The match kicks-off at 7.15pm and is in memory of Roger Addison, the former Welsh Youth international prop who tragically broke his neck when a scrum collapsed playing for Pontypool at Rugby in November 1966. He died in March 2010 aged 65. This is an all pay game with tickets £5 available on the night. All proceeds from the match will go to Rookwood Hospital in Cardiff and Stoke Mandeville Hospital in Aylesbury – the two hospitals where Roger was cared for, for most of his life.