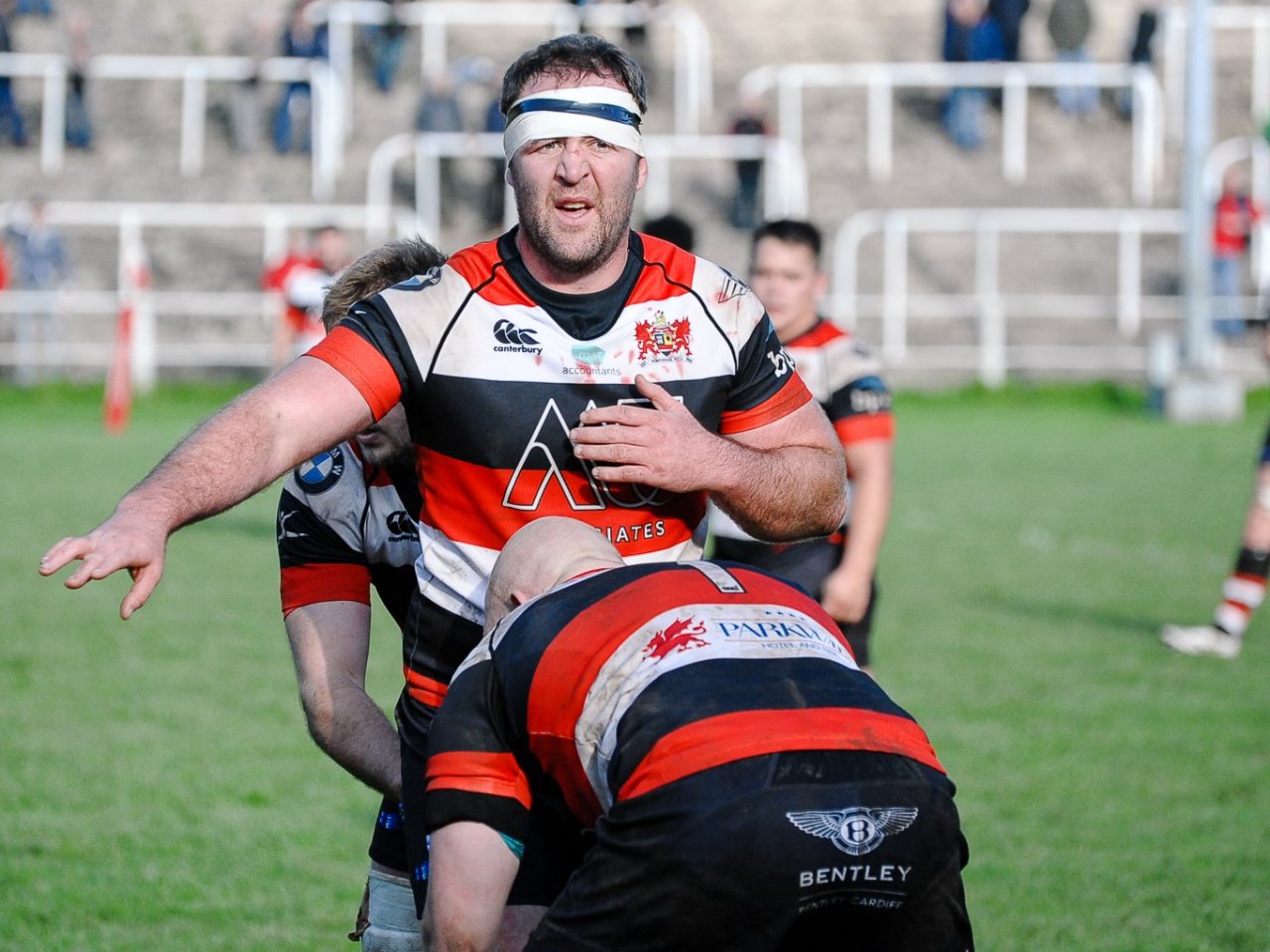 Pontypool made the long trip west to the scenic surroundings of Dol Wiber to take on Newcastle Emlyn in the WRU National Championship and came away with a narrow victory to preserve their 100% league record, writes Ray Ruddick.

Newcastle Emlyn kicked off attacking the clubhouse end of the ground and made an immediate impact as, within the first 30 seconds, scored the game’s first try. Pontypool didn’t find touch with a clearing kick. Emlyn put in a high ball and chased. Pooler failed to deal with the up and under, home left wing Llyr Jones gathered and crossed for the very early try to the left of the posts which full back Shaun Leonard converted (0-7). In the 6th minute Emlyn were penalised for handling on the ground 40 metres from their goal line to the left of the posts and visiting outside half Matthew Jones kicked a fine goal (3-7).

Seven minutes later Pooler won a penalty as a result of a powerful scrum just inside their half. They took a quick tap penalty and Emlyn failed to retire the required 10 metres so the penalty was moved 10 metres up field. This gave Matthew Jones the opportunity to close the gap to a point and he duly did, with the help of the right upright (6-7). In the 38th minute Emlyn broke through the Pooler defence and Shaun Leonard sprinted 40 metres to score an unconverted try, 10 metres in from the left corner. Half time score Newcastle Emlyn 12 Pontypool 6.

At the start of the second period Marc Thorley made way for Sione Tu’ipulotu in the centre for Pontypool. Seven minutes into the second half home tight head prop Dai Bryant was yellow carded for taking the legs away from Pooler second row Matthew Thomas whilst in the air at a lineout inside the home 22. From the resulting penalty the visitors kicked for the right corner. Pooler won the lineout and the pack powered over the goal line and captain-for-the-day Rob Nash scored a try, 10 metres in from the corner. Matthew Jones kicked a good conversion to put the visitors in front for the first time in the match (13-12). Three minutes later passive scrums were introduced due one of the home props in the sin bin and the lack of front row cover on Emlyn’s replacements’ bench.

In the 53rd minute Pooler were caught offside in midfield on their 10 metre line but the attempt at goal failed. Two minutes Aaron Coundley replaced hooker Alex Watkins for Pontypool with loose head prop Jamie Jeune moving across to hooker to accommodate Coundley at prop. When Dai Bryant returned to the field from the sin bin, the scrums reverted back to being contested. Just after the midway point of the second half home number 8 Brynmor Jones was yellow carded for pulling down Pooler’s powerful driving maul inside Emlyn’s 22. Within two minutes Pooler secured ball from an attacking lineout and drove their opponents over the line and Jamie Jeune scored a try which Matthew Jones converted (20-12).

However back came Emlyn and with a little over 10 minutes remaining, Pontypool were penalised for side entry to a ruck on their 22 to the left of the posts and the impressive Shaun Leonard kicked the goal (20-15). Four minutes later and Emlyn were penalised for deliberately wheeling a scrum on their 10 metre line, on Pooler’s left. Emlyn kicked the ball away so the referee marched them back 10 metres. Up stepped Matthew Jones to put the visitors ahead by two scores with another successful kick at goal (23-15). Rhys Dyer then replaced scrum half Aaron Quick for the visitors. With about 5 minutes of the match remaining Pooler’s Sione Tu’ipulotu was sin binned for not rolling away at a ruck in midfield near Pontypool’s 10 metre line. Shaun Leonard slotted the kick to put Emlyn in losing bonus point territory (23-18). For the final minutes of the match the scrums were uncontested again and Ollie Drake was replaced by Cameron Boycott for Pooler. Final score Newcastle Emlyn 18 Pontypool 23.

This was a tough game for the league leaders as Newcastle Emlyn played very well and deservedly came away with a losing bonus point. It was not a vintage performance by Pooler by any means but they ground out an “ugly” win to maintain their nine-point advantage at the top of the table. The next league game is on Saturday 12 November when Cardiff Met will be the visitors to Pontypool Park. Please note that the kick-off time has been brought forward to 12.30pm due to the Wales v Argentina match at the Principality Stadium kicking off at 5.30pm.

However, there will be a special match at Pontypool Park on Friday 4 November when Pontypool take on a Torfaen XV with every club represented in the Borough. The match kicks-off at 7.15pm and is in memory of Roger Addison, the former Welsh Youth international prop who tragically broke his neck when a scrum collapsed playing for Pontypool at Rugby in November 1966. He died in March 2010 aged 65. This is an all pay game with tickets £5 available on the night. All proceeds from the match will go to Rookwood Hospital in Cardiff and Stoke Mandeville Hospital in Aylesbury – the two hospitals where Roger was cared for, for most of his life.