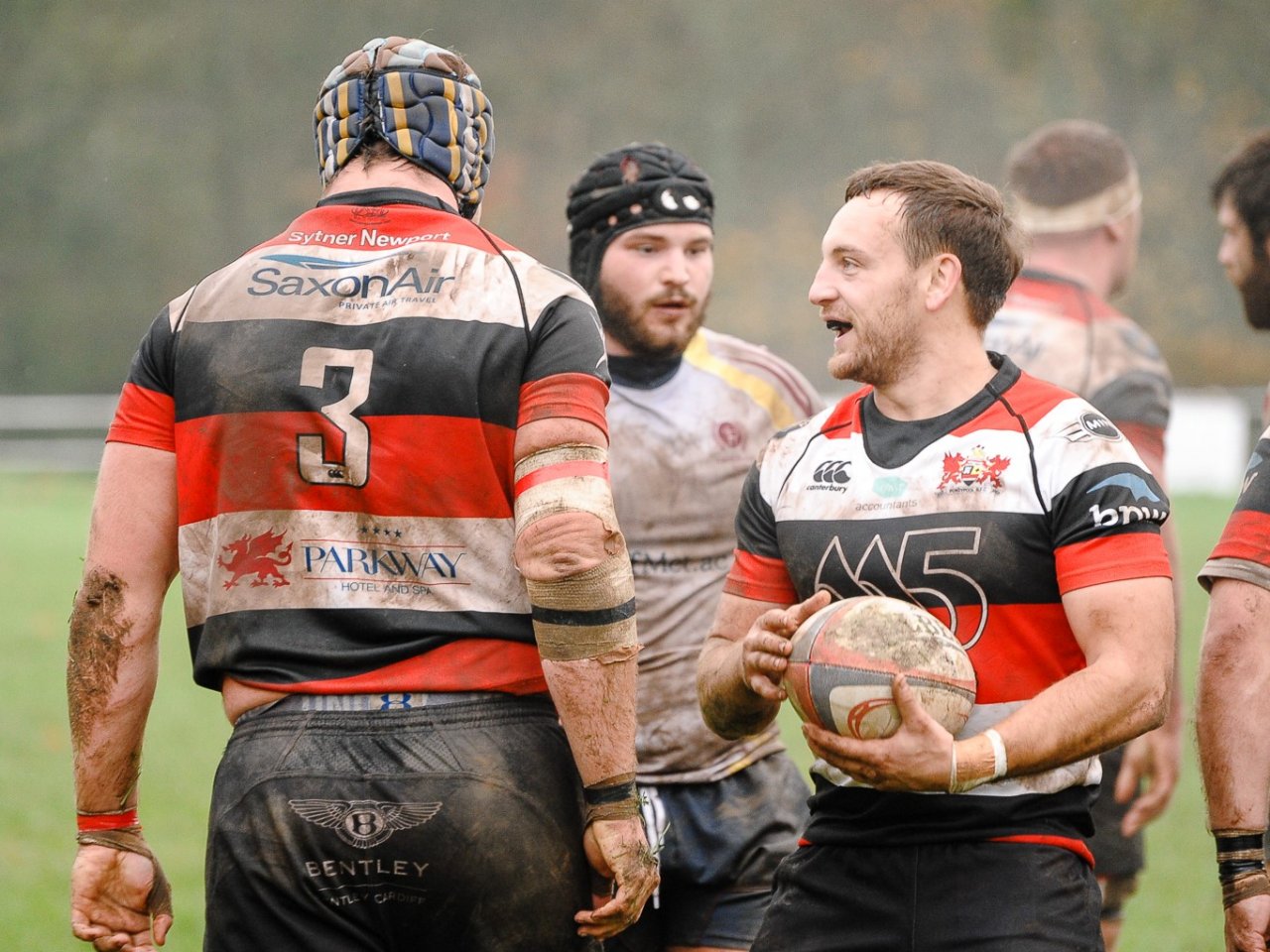 Pontypool travelled to the Memorial Ground in Ely to take on Glamorgan Wanderers on Saturday in the lunch-time kick-off, looking to extend their excellent league record to 11 straight wins, writes Ray Ruddick. The reason for the early start (12.30pm) was due to the Wales v South Africa match at the Principality Stadium at 5.30pm.

Glamorgan Wanderers kicked off attacking the scoreboard end of the ground on a cold but fine afternoon. After five minutes play Pontypool won a lineout inside the home 22 on Pooler’s right. The visiting forwards then drove the home pack backwards. The ball was released and moved left to wing Rhodri Usher who passed inside to Tom Hancock and the full back scored a try in the left corner. Outside half Matthew Jones kicked a fine conversion (7-0). In the 11th minute Rhodri Usher was yellow-carded for a high tackle deep in Pooler’s 22. Shortly after the Wanderers won the ball and moved it left after the forwards made good ground with a driving maul, and centre Ryan Owen crossed in the left corner for an unconverted try (7-5).

In the 34th minute Pooler were caught offside near their 10-metre line to the left of the posts and outside half Luke Fish slotted the penalty goal to put the his team in front (7-8). Just before the interval Pontypool were putting the home side under pressure near the Wanderers’ line and, after a couple of powerful scrums, the referee ran between the posts and awarded Pooler a penalty try for deliberately wheeling the scrum. The easy conversion was kicked by Matthew Jones. That made the half time score Glamorgan Wanderers 8 Pontypool 14 after a close but a little untidy first forty minutes.

Nine minutes into the second period play was in the Wanderers’ 22 and, after several drives by Pooler, the ball went left and Tom Hancock crossed to the left of the posts for his second try of the game. Matthew Jones added the extras (21-8). Straight after the re-start Pooler were penalised for taking a player out without the ball, 25 metres from their goal line in front of the posts and Luke Fish slotted the goal (21-11). Another period of Pooler pressure told in the 57th minute when the ball was moved left in the home 22 and a short pass from Matthew Jones put Ben Sparks clear and the No 8 scored the bonus-point try under the posts, which Jones converted (28-11). Pooler then made a couple of changes with second row Ben Egan being replaced by in-form Gareth Rusby-Davies and Sione Tu’ipolutu made way for Rhys Humphries in the centre.

After 64 minutes Pooler were awarded another penalty try, this time the home side was guilty for collapsing a powerful driving maul deep inside their 22 and Wanderers’ scrum half Josh Preedy was sin-binned as a result. Matthew Jones added the two points (35-11). Pooler made another change with hooker and captain Ben Parry being replaced by Alex Watkins. With 10 minutes of the match remaining Pooler went on another attack and, after Rhys Humphries made a break in midfield, the ball was recycled and went left for Rhodri Usher to score an unconverted try in the corner (40-11). Visiting scrum half Aaron Quick was then replaced by Dan Brooks. In the 78th minute Pooler on the front foot again and, after another break by Rhys Humphries, right wing Josh Hurley squeezed in the right corner for the final try of the match, converted by Matthew Jones. Final score Glamorgan Wanderers 11 Pontypool 47.

After a tight first half, Pooler took control in the second period and secured another good win on the road, although Glamorgan Wanderers were stubborn in their resistance and made it difficult for their opponents. Pontypool will need to be on top form next week as they have a very difficult trip to the Lewis Lloyd Ground to take on second place Narberth in the top-of-the-table clash, kick-off will be the usual time of 2.30pm.