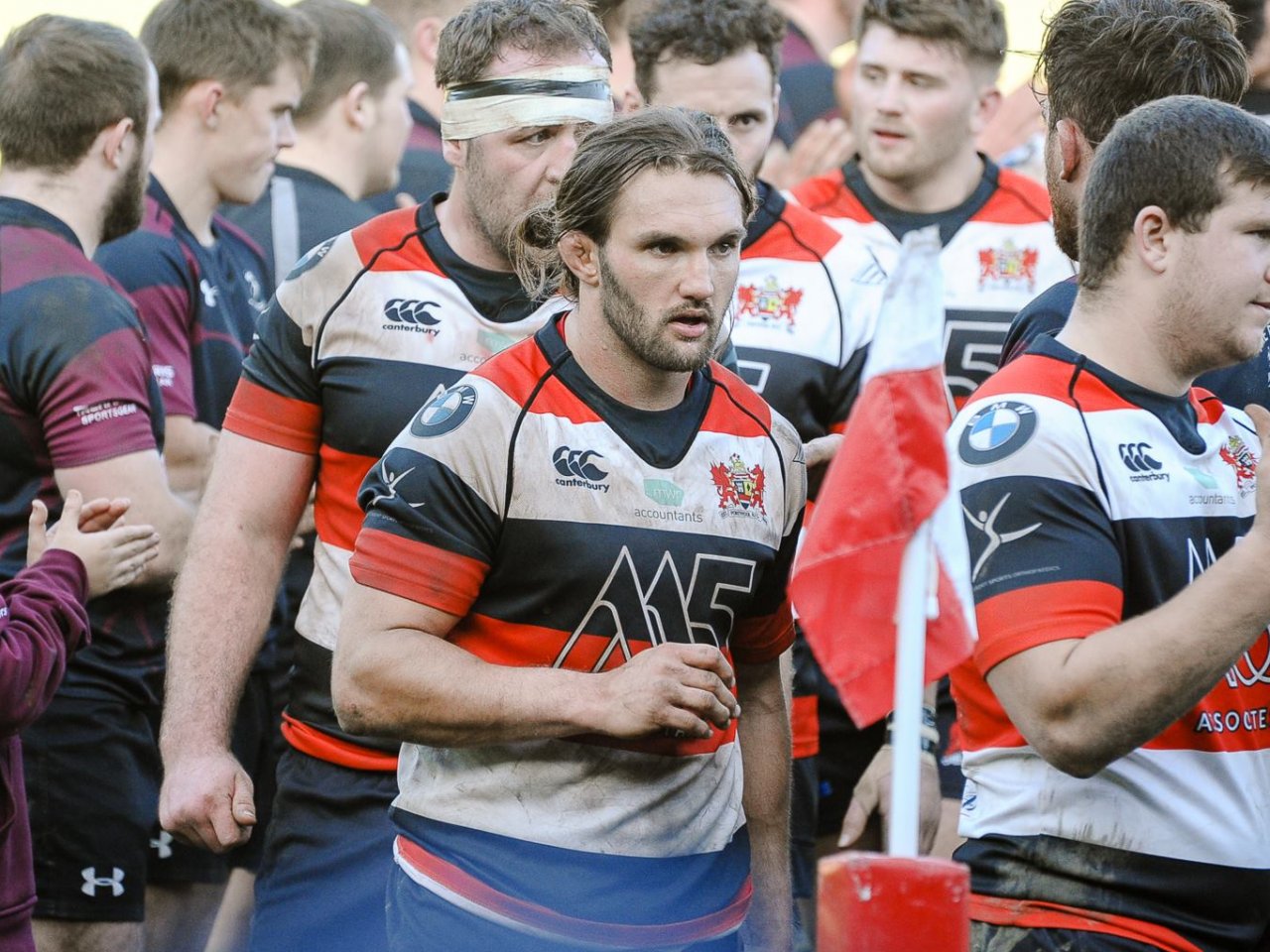 Pontypool’s impressive run continues with their 14th straight league with a hard-earned victory over traditional rivals and near neighbours Newbridge at the Welfare Ground on a fine afternoon in the WRU National Championship, writes Ray Ruddick. Despite not having the best of seasons, Newbridge proved to be difficult opponents for Pooler in this typically competitive local derby.

Newbridge kicked off playing towards to school end of the ground. Pontypool dominated the early exchanges and, in the 14th minute, the visitors were on the attack. Following a good build up in the home 22, outside half Matthew Jones made a break and passed inside to prop Aaron Coundley for the captain-for-the-day to score a try under the posts which Jones converted (7-0).

On the half-hour mark, Pooler were penalised for hands in a ruck 30 metres from their goal line in midfield and home outside half Simon Veall slotted the kick at goal (10-3). Two minutes later Newbridge were penalised at a ruck just outside their 22 in front of the posts and Matthew Jones kicked the goal 13-3.

Early in the second period, Pooler’s pack was taking control with some powerful driving mauls and on 48 minutes Newbridge were penalised for side entry on Newbridge’s 22. Pontypool kicked for the right corner and from the lineout another driving maul, Aaron Coundley claimed his second try of the afternoon, 15 metres in from the corner flag. This score was improved by Matthew Jones (20-3).

In the 52nd minute Jamie Edwards received his second yellow card of the game for side entry into a driving maul on the Newbridge 22 which turned to red. After an hour’s play, Pooler introduced fresh legs when tight head prop Ollie Drake was replaced by Tomas Sparey and second row Gareth Rusby-Davies made way for Jordan Williams.

After 65 minutes Pooler were again applying pressure in the home 22, the ball was moved left and reached Sione Tu’ipulotu. The centre passed inside to Kieran Meek and the full back crossed for a try to the left of the posts. The conversion attempt hit the upright (25-3).

Five minutes later Newbridge were penalised for offside in front of their posts. Pooler opted for a scrum to keep up the pressure on the home defence. The ball was recycled deep in Newbridge’s 22 on Pooler’s right, went left and reached Rhodri Usher and the left wing squeezed in the corner for the bonus-point try. The difficult conversion failed (30-3).

Pooler then made a couple more changes when Alex Watkins replaced hooker Jamie Jeune and Matthew Jones made way for the returning Clayton Gullis after a long lay-off with injury. A couple of minutes later, visiting scrum half Aaron Quick was replaced by Dan Brooks. For the final ten minutes the scrums went uncontested due to injuries in the Newbridge front row and the sending off of Jamie Edwards.

In the 80th minute Pontypool once again on the attack and the back went across the back line for Rhdori Usher to score his second try of the afternoon near the posts. Kieran Meek slotted the conversion (37-3). Two minutes later Pontypool flanker Rob Nash, who was making his 100th league and cup appearance for the club, was yellow carded for an offence at a ruck deep in Pooler’s 22. Newbridge capitalised when captain Stuart Vokes was driven over from short range for a deserved try in the left corner which Simon Veall improved with a fine conversion (37-10).

Six minutes into injury time Pooler’s second row Richard East was yellow carded for an offence at a ruck in midfield between Newbridge’s 10-metre line and 22. Shortly after, the home side was penalised 30 metres from their goal line in front of the posts and Kieran Meek completed the scoring with a successful shot at goal. Final score: Newbridge 10 Pontypool 40.

Pontypool dominated for large parts of the game but resilient Newbridge played well to hold their powerful visitors until the final quarter. Going into the New Year, Pooler’s lead at the top of the table is a healthy 12 points – Pontypool on 64 points, Tata Steel 52 and Narberth 51. Pooler’s next game is on Saturday 7 January when Glynneath are the visitors to Pontypool Park, kick-off 2.30pm.