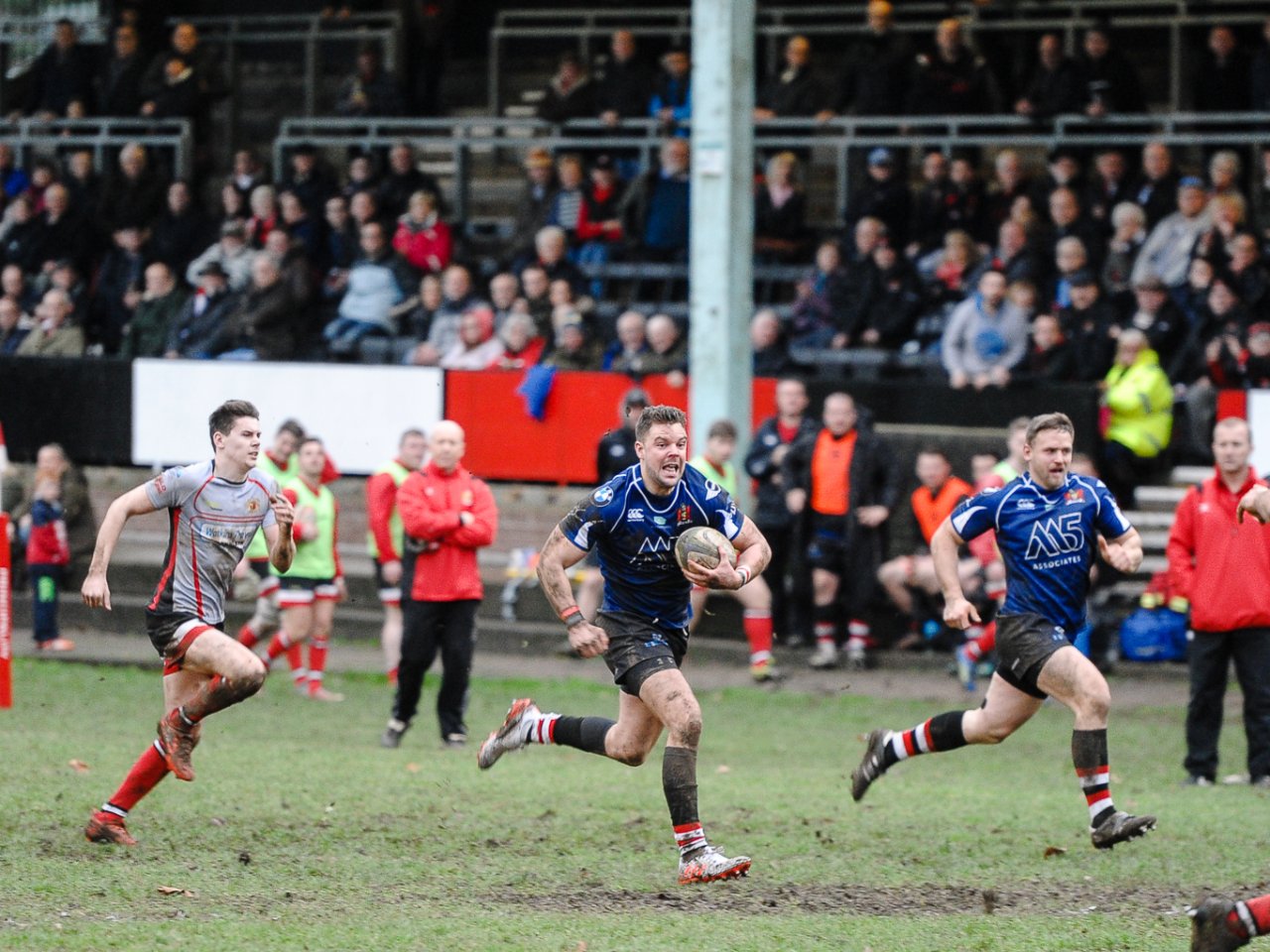 After a three-week break over Christmas and the New Year, Pontypool welcomed Glynneath to Pontypool Park on a damp but fine afternoon in the WRU National Championship and stretched their unbeaten run in the league to 15 matches with a hard-fought win over their plucky opponents, writes Ray Ruddick.

Glynneath kicked off attacking the scoreboard end of the ground. Five minutes had been played when Pooler were penalised for not releasing just outside their 22, 10 metres in field on Glynneath’s right and outside half Dylan Francis slotted a fine kick to put the visitors into an early lead (0-3). In the eighth minute Pooler’s young second row Curtis Gregory, making his league debut for the club, made a good break up the right flank. The ball was recycled and went left across the line and full back Kieran Meek crossed in the corner for a try which he improved (7-3). After 11 minutes Glynneath made a break out of defence and took play inside Pooler’s 22 when the home side were penalised for a high tackle in front of their posts and Dylan Francis missed the relatively easy shot at goal.

In the 27th minute Pooler’s pack was exerting pressure on the Glynneath eight inside the visitors’ 22 and this paid off when flanker Jordan Williams barged his way over the line to the right of the posts for a try which was converted by Kieran Meek (14-3). Seven minutes later Pontypool’s outside half Tom Hancock put in an “up and under” on Pooler’s left near the half way line. Home left wing Rhodri Usher did well in fielding the high ball and sprinted into the Glynneath 22, drew the last line of defence and passed out to Dan Robinson and the centre scored an unconverted try in the left corner (19-3). In the third minute of injury time at the end of the first period Pooler number eight Ben Sparks, who was making his 50th league appearance for the club, was yellow carded for a high tackle in front of his posts and Dylan Francis kicked the goal to make the half time score Pontypool 19 Glynneath 6.

Five minutes into the second half Pooler took play into Glynneath’s 22 and tight head prop Ollie Drake make ground with a powerful run. The ball was recycled and moved left. Centre Sione Tu’ipulotu floated a long pass to Rhodri Usher, which was almost intercepted, and the wing scored the bonus-point try in the left corner. The conversion failed (24-6). Four minutes later the referee was playing advantage to the visitors with play in Pooler’s 22. Glynneath put in a cross kick to the left corner; the ball was gathered by Alex Burton and the left wing managed to ground the ball over the goal line for a try which was converted by centre Corey Jenkins (24-13).

In the 53rd minute Glynneath’s open side flanker and captain James Parry was sin-binned for a high tackle on Pooler flanker Rob Nash on Glynneath’s 22. Five minutes later Pontypool made a couple of changes in personnel with Rhys Dyer replacing scrum half Aaron Quick and captain and hooker Ben Parry made way for Jamie Jeune. With a quarter-of-an-hour of the game left, Curtis Gregory was harshly yellow carded for pushing an opponent without the ball near the half way line. Six minutes later and Pooler scored the best try of the game with great hands first of all by flanker Jordan Williams on the left flank near the half way line and then by Ben Sparks offloading to Kieran Meek near the Glynneath 22 on Pooler’s right and the full back crossed in the corner for his brace of tries. The conversion was missed (29-13).

Pontypool then made more changes with Sione Tu’ipulotu making way for Josh Hurley and, a short time later, Ollie Drake was replaced by the experienced Ryan Harford and Richard Bromley came on for Jordan Williams. With a couple of minutes left on the clock, Dan Robinson made a good break, made 40 metres and took play into the visitors’ 22. The ball was recycled and went left for Rhodri Usher to squeeze in the corner for an unconverted try, his second touchdown of the afternoon. Final score Pontypool 34 Glynneath 13.

Pontypool put in another solid performance on a heavy pitch and against determined opponents to continue this impressive run of victories in the league. Pooler now look forward to a trip to Broadacre next Saturday to face Dunvant in the next round of matches in the WRU National Championship, kick-off 2.30pm. The last time Pooler played at Dunvant, on 9 February 2002, they came away with an impressive 60-15 victory.