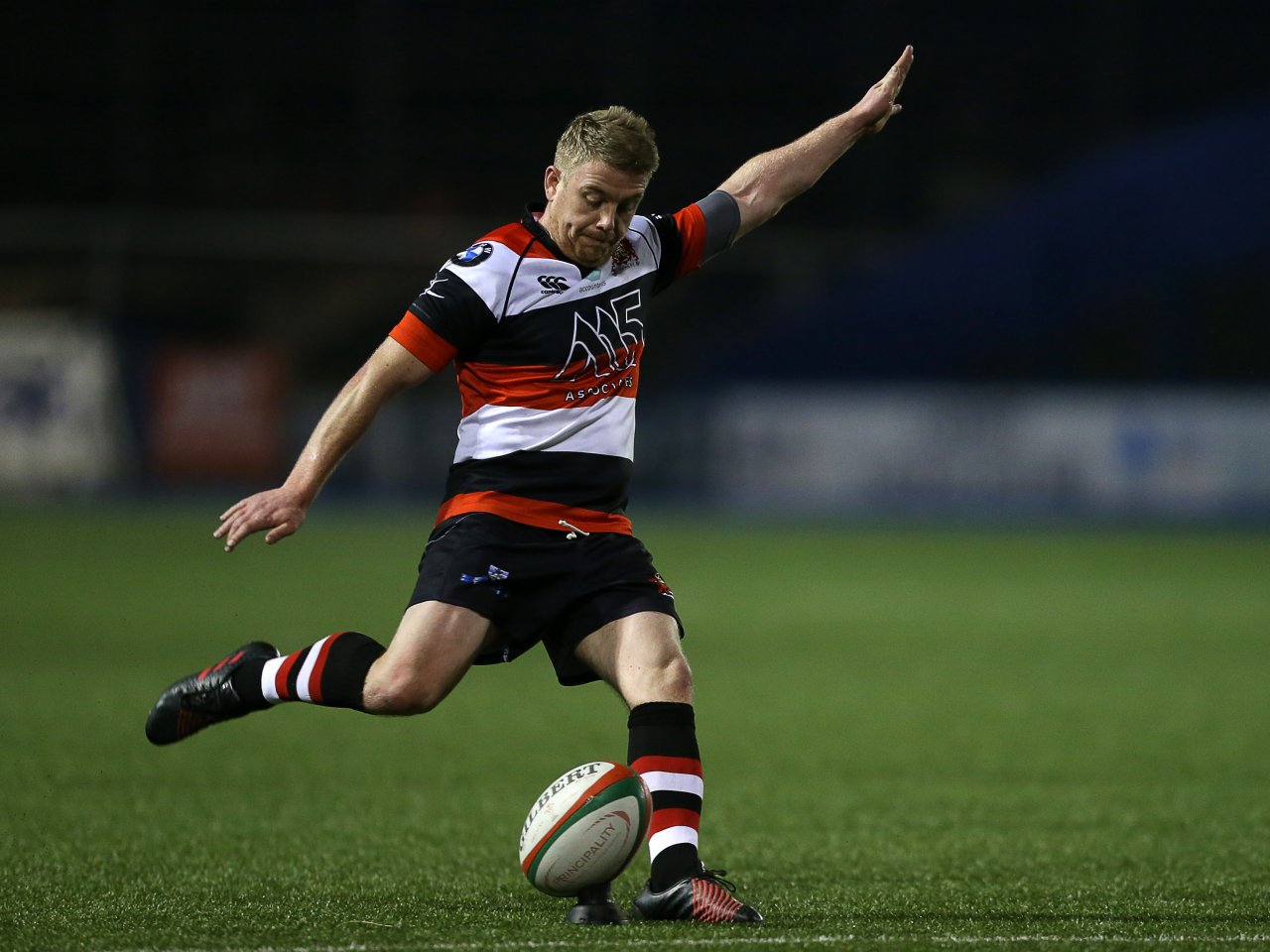 After Pontypool’s successful WRU National Cup run came to an end at Pandy Park last Saturday, it was back to league action this weekend when they welcomed Newcastle Emlyn to Pontypool Park on a pleasant afternoon in the WRU National Championship, writes Ray Ruddick. Pooler easily overcame their west Wales visitors, clocking up their eighteenth straight league win and are now just one win away from claiming the Championship title.

Pontypool kicked off playing towards the bandstand end of the ground. There was nothing between the sides early on but the deadlock was broken in the 18th minute when Newcastle Emlyn were guilty of not releasing in front of their posts about 15 metres from their goal line. Home outside half Matthew Jones slotted the relatively easy goal (3-0). Two minutes later play was near Pooler’s 22 on their left, when wing Rhodri Usher made the initial break out of defence. He then passed to flanker Callum Davies who, in turn offloaded to scrum half Aaron Quick then Quick to Matthew Jones who threw a long pass out to No 8 Ben Sparks, inside pass to centre Clayton Gullis and then out to right wing Nathan Brooks who sprinted 25 metres to touch down in the right corner for well constructed try. The conversion failed (8-0).

In the 27th minute Pooler kicked to the left corner after being awarded a penalty near Emlyn’s 22. From the driving lineout hooker Alex Watkins scored a try, 10 metres in from touch. This score was converted by Matthew Jones, with a little help from the right upright (15-0). Six minutes later Pooler were in possession just outside Emlyn’s 22. Full back Tom Hancock put in a neat cross kick which centre Sione Tu’ipulotu fielded and fed Matthew Jones who ran behind the posts for a try which he converted (22-0). After 35 minutes Pooler were again in possession when Ben Sparks passed to Aaron Quick who made a break and then offloaded to Nathan Brooks and the speedy wing raced 45 metres to score the home side’s bonus-point try under the posts, converted by Matthew Jones (29-0). Just before the interval some good inter-passing between Pooler’s backs and forwards resulted in second row Richard East scoring his first try for the club near the posts. Matthew Jones added the extras to make the half time score Pontypool 36 Newcastle Emlyn 5.

In the ninth minute of the second period Pooler broke out of their half when Sione Tu’ipulotu hurled a long pass to Tom Hancock who then offloaded to Rhodri Usher and the left wing managed to touch down wide out on the left, despite being ankle tapped just before the goal line. The conversion attempt failed (41-0). Home tight head prop Ollie Drake then made way for Tomas Sparey. Four minutes later a high ball was fielded by Tom Hancock who passed to Sione Tu’ipulotu and then the veteran Tongan centre offloaded to Aaron Quick who broke a couple of tackles and put Nathan Brooks clear to score an unconverted try, and his hat trick, to the right of the posts (46-0). Pooler back rower Ben Sparks then left the field and was replaced by Ashley Gibson and shortly after Sione Tu’ipulotu made way for Kieran Meek in the Pooler three-quarter line.

With just over 10 minutes of the game remaining Pontypool were penalised for offside just outside their 22. The visitors kicked for the corner and from the ensuing driving lineout, Emlyn’s No 8 Brynmor Jones scored an unconverted try in the left corner. Pooler then made their final two changes with Nathan Brooks being replaced by Josh Hurley and loose head prop Jamie Jeune making way for Aaron Coundley. In the fourth minute of injury time Pontypool’s eighth and final try was scored by Aaron Quick after receiving a pass from Aaron Coundley who made a break inside Emlyn’s 22. Matthew Jones added the extras. Final score Pontypool 53 Newcastle Emlyn 5.

This was a good all-round display by Pontypool with a good platform created by the forwards, some neat passing movements and good finishing. Pontypool will next be in action on Saturday 25 March when they travel to Cyncoed to face the students of Cardiff Metropolitan University, kick-off 2.30pm. Any win there (no bonus point required) will be enough to take the Championship title as Narberth, the only team that can catch Pooler are 17 points behind with four games to go.