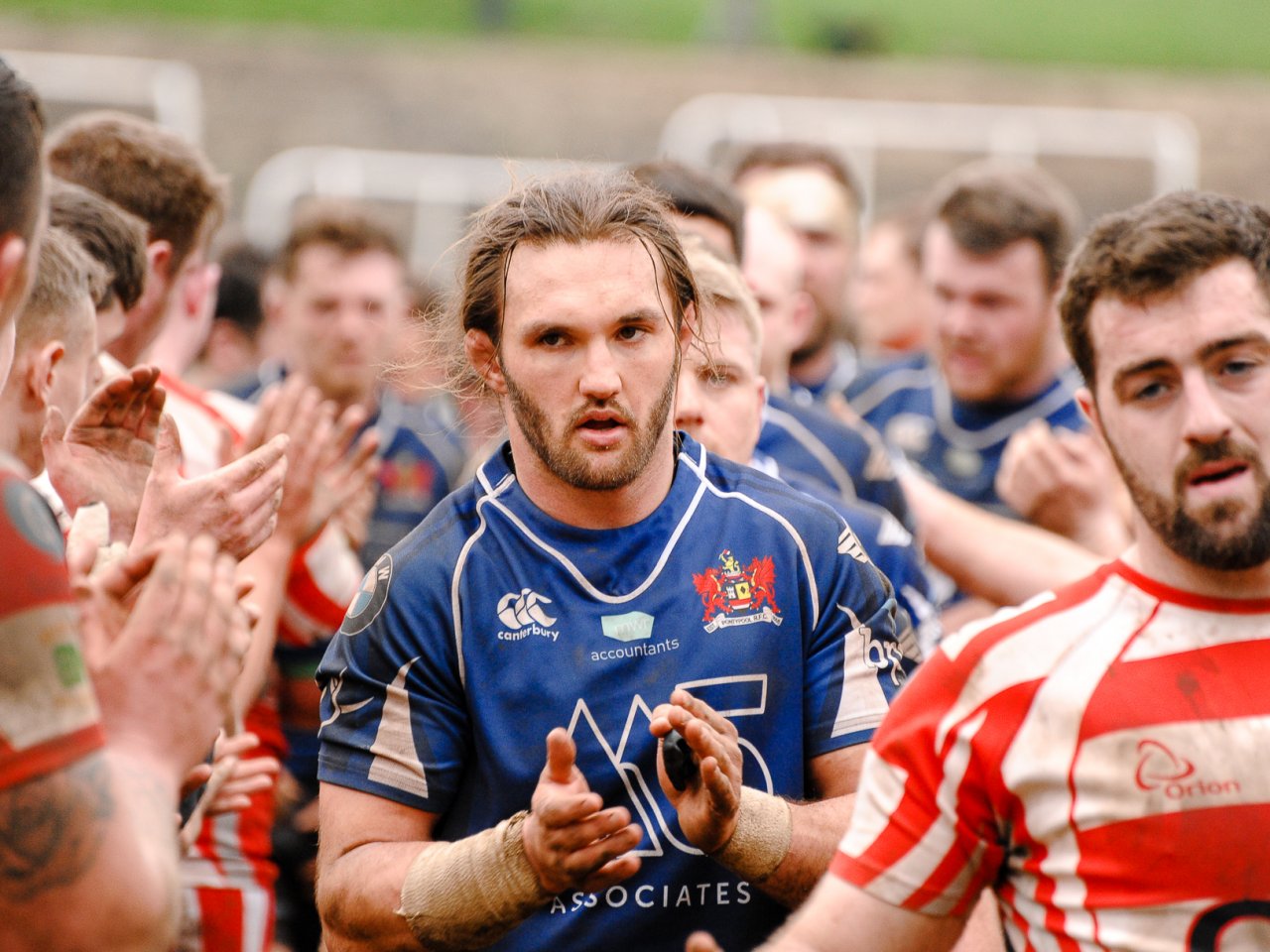 Pontypool travelled to sunny Cyncoed to face Cardiff Metropolitan University on Saturday knowing that victory over the students will make them WRU National Championship champions with three games remaining and would extend their impressive winning streak in the league to 19 games, writes Ray Ruddick. However a committed Cardiff Met side had other ideas and the students ran out worthy winners.

Pontypool kicked off defeating the scoreboard end of the ground. In the 3rd minute Pooler were penalised for deliberately wheeling a scrum 15 metres in from the students’ right touchline, 2 metres inside Pooler’s half and full back Tyler Williams slotted the goal to put the home side into an early lead (0-3). Two minutes later Pooler were again penalised for standing up at a scrum a metre inside their half in midfield and Tyler Williams doubled Met’s advantage (0-6). After 16 minutes Pooler were in possession close to the home goal line and second row Gareth Rusby-Davies picked up and dived over for a try to the right of the posts. This score was converted by outside half Matthew Jones (7-6).

Just before the half-hour mark, Cardiff Met produced a good move which started inside their half and resulted in centre Luke Northmore crossing for a try under the posts, converted by outside half George Simpson (7-13). In the 33rd minute Pontypool’s tight head prop Tomas Sparey was replaced by Ryan Harford. Pooler were then penalised for an off-the-ball incident on their 10-metre line, 15 metre from their right touchline and Tyler Williams slotted a good goal (7-16). Then, on the stroke of half time, Gareth Rusby-Davies was yellow carded for an offence at a ruck on Cardiff Met’s 22. Half time score: Cardiff Met 16 Pontypool 7.

At the start of the second period, Marc Thorlery replaced Rhodri Usher on Pooler’s left wing. In the fourth minute after the re-start Pooler worked the ball from a scrum near the half-way, Rob Nash gathered the ball and passed to Aaron Quick. The scrum half offloaded to full back Kieran Meek who passed to Matthew Jones and the outside half put centre Clayton Gullis clear and he ran 40 metres to score in the left corner. Matthew Jones converted to bring the visitors within two points (14-16). After 10 minutes of the second half Jamie Jeune replaced hooker and captain Ben Parry for Pooler. In the 58th minute the students were penalised for deliberately wheeling a scrum just inside their half to the right of the posts and Matthew Jones kicked a great goal to put Pooler back into the lead (17-16). Three minute later Pooler were in possession near the half way line when a pass was intercepted by Luke Northmore and he ran 45 metres to score his second try of the afternoon under the posts, converted by Tyler Williams (17-23).

In the 64th minute Aaron Quick was replaced by Rhys Dyer at inside half and then in the 79th minute Richard East came on for second row Jordan Williams for the visitors. A minute later Cardiff Met sealed a well-deserved victory with a try by No 8 Aled Evans on the students’ left, converted by Tyler Williams (17-30). Pooler flanker Rob Nash left the field with a cut near his right eye and Jordan Williams returned to the field. In the third minute of injury time, Pooler took play deep into Met’s 22 and Ryan Harford crossed for an unconverted try in the left corner with the last play of the game. Final score: Cardiff Metropolitan University 30 Pontypool 22.

It was a combination of poor discipline and not making their tackles count that contributed to Pooler’s downfall. They must pick themselves up, dust themselves down and prepare for their next match which will be next Saturday when they welcome old rivals Glamorgan Wanderers to Pontypool Park, kick-off 2.30pm, looking for that win which will crown them champions. There are two further games remaining with Pooler hosting Tata Steel on Saturday 8th April and travel to Bedlinog a week later for the final match of the season. Both matches kick-off at 2.30pm.