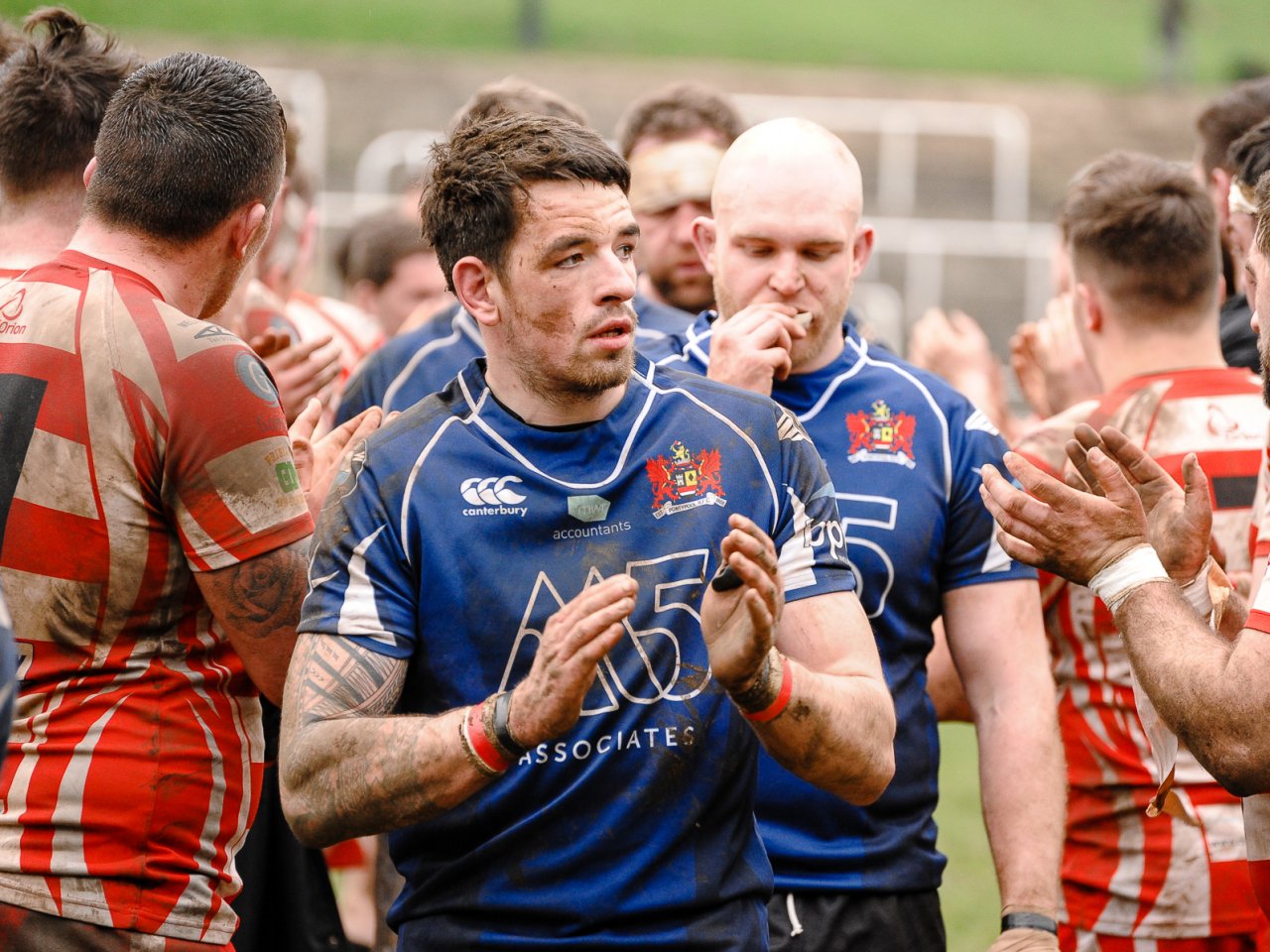 WE ARE THE CHAMPIONS!

After the very disappointing performance at Cyncoed last time out and their first league defeat of the season, Pontypool welcomed traditional rivals Glamorgan Wanderers to Pontypool Park on Saturday in the WRU National Championship, searching for the win that would secure the Championship title with two matches still to play, writes Ray Ruddick.

It was good to see second row Elliott Ferriman back in Pooler colours again after his long lay off with injury, sustained at the Brewery Field against Bridgend Athletic on 16 April 2016. Glamorgan Wanderers kicked off attacking the scoreboard end of the ground. Rain had fallen before kick-off making the conditions heavy underfoot. In the seventh minute and after sustained pressure near the visitors’ line, Pooler back rower Gareth Rusby-Davies powered his way over for a try, 10 metres in from the left corner. The conversion was missed (5-0). Just before the mid-way point of the first half, Pooler left wing Rhodri Usher was replaced by Josh Hurley.

In the 34th minute Wanderers left wing Ellis Rudder was yellow-carded for a deliberate knock-on in the visitors’ 22. Pooler kicked for the left corner and from the driving maul, hooker and captain Ben Parry scored a try 15 metres in, the club's 100th league try of the season. Once again the conversion failed. (10-0). In the 10th minute of injury time (there had been a long delay due to an injury to a Wanderers player), Pontypool conceded a penalty near half way; they didn’t retreat the requisite 10 metres so was marched back; then back chat cost them another 10 metres which made the penalty kickable. However the attempt at goal failed and Pooler went into half time ahead after a very scrappy first forty minutes. Half time: Pontypool 10 Glamorgan Wanderers 0.

Ten minutes after the restart, Elliott Ferriman made way for Callum Davies in the home pack and Tom Hancock replaced veteran Sione Tu’ipulotu in Pooler’s midfield. A quarter-of-an-hour later Gareth Rusby-Davies took a knock and was replaced by Alex Watkins, normally a hooker, who had to slot into the back row. In the 66th minute Pontypool were penalised for deliberately wheeling a scrum, 20 metres from their goal line to the left of the posts and Wanderers outside half Luke Fish slotted the goal (10-3).

From the re-start the visitors were guilty of blocking just inside their 22 to the left of the uprights and outside half Matthew Jones restored Pooler’s 10-point advantage with a successful kick at goal (13-3). With around ten minutes of the match remaining, home captain Ben Parry made way for Jamie Jeune. Two minutes later Glamorgan Wanderers were guilty of not binding at a scrum, 20 metres from the goal line almost in front of the posts and Matthew Jones kicked the penalty (16-3).

On 80 minutes there was a scrum on Pooler’s right, 10 metres from the Wanderers’ line when the ball went loose over the goal line and replacement flanker Callum Davies pounced on it to score a try which Matthew Jones converted to make the final score Pontypool 23 Glamorgan Wanderers 3.

This wasn’t a vintage performance by Pontypool by any means but they have achieved their goal for this season – to become WRU National Championship champions. It has been a very successful campaign and full credit and many congratulations must go to al involved. However, there are still two re-arranged matches remaining – next Saturday Pontypool host Tata Steel at Pontypool Park and the curtain will come down on the season on Saturday 15 April (Easter Saturday) when Pontypool visit, for the first time, the Recreation Ground in Bedlinog. Both matches kick-off at 2.30pm.