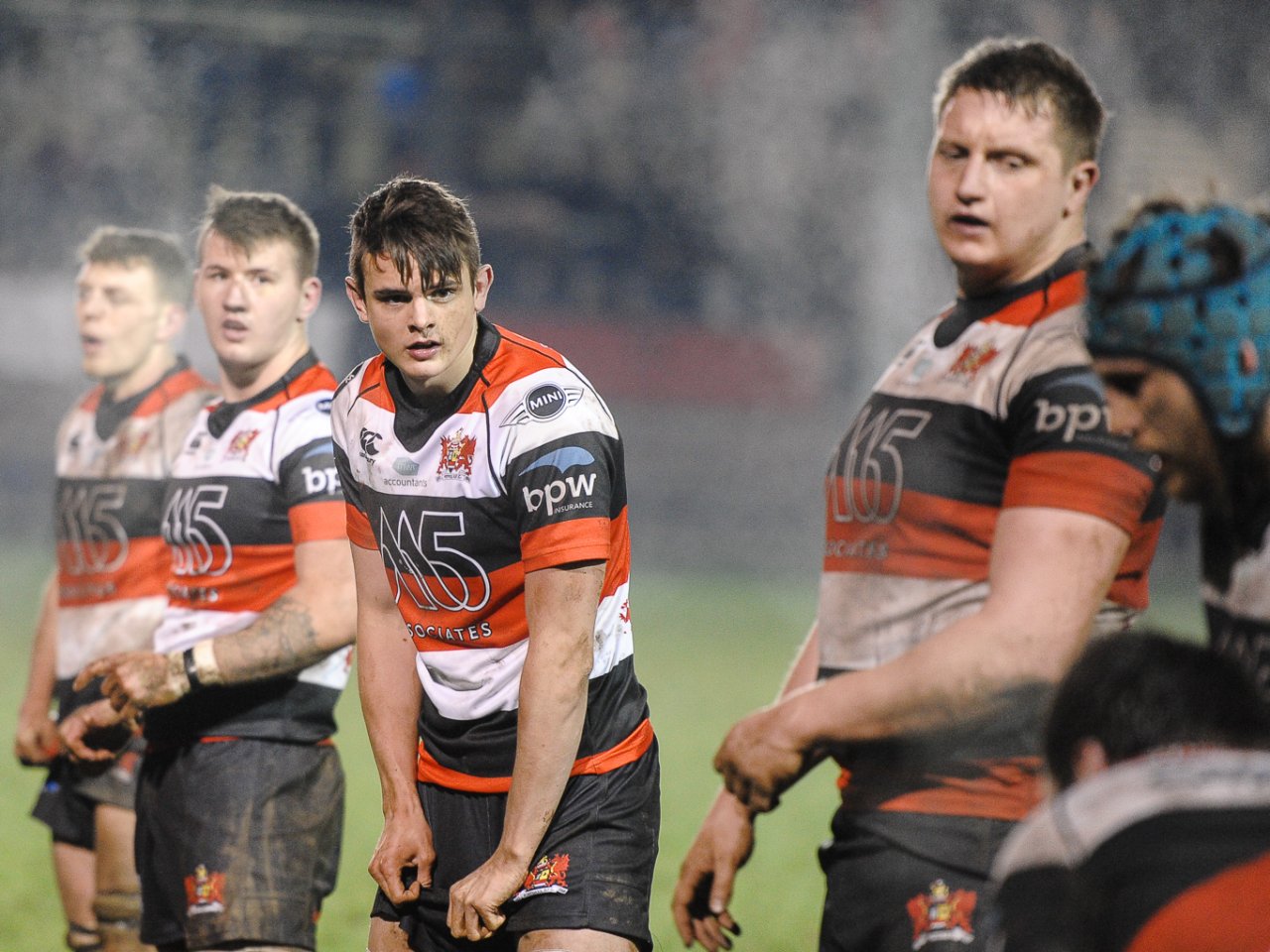 A MEMORABLE EVENING IN MEMORY OF ROGER ADDISON

The rugby folk of Torfaen came out in force on Friday evening with a crowd of over 500 to support The Roger Addison Memorial Match on a cold but fine evening at Pontypool Park, writes Ray Ruddick. Roger was so tragically injured playing for Pontypool at Rugby 50 years ago. He broke his neck and was paralysed from the neck down. This memorial match was a fitting tribute to a brave and courageous man who passed away in March 2010 aged 65.

The evening’s takings raised around £2,600 and Pontypool RFC’s Executive Chairman and Director of M5 Associates Limited, Peter Jeffreys pledged to make the total £6,000 to be divided equally between Rookwood Hospital in Cardiff and Stoke Mandeville Hospital in Aylesbury – the two hospitals where Roger was cared for.

Some of the guests invited to this special match were members of Roger’s family, nurses from Rookwood Hospital and some Pontypool RFC former players including some who played in the match at Rugby on that dreadful November day in 1966, one of whom, outside half Lynn Targett, travelled from his home in Dorset. Also present was Roger Wall who was hooker for Rugby in that match and he travelled from his home in west Wales.

All 12 clubs in the Borough of Torfaen were represented in the combined side and they proved very worthy opponents, giving Pontypool a testing time in a very entertaining game with both sides playing some attractive rugby.

A minute silence was observed before kick-off to remember Roger.

Torfaen kicked off attacking the scoreboard end of the ground. After six minutes Pooler wing Nathan Brooks made a good run from near the Torfaen’s 10 metre line. Then, after the ball going through several pairs of hands, his brother Dan, playing at scrum half scored the evening’s first try under the posts which outside half Blaine Groves converted (7-0). The Borough side hit back in the ninth minute when wing Nathan Touhig went on a searing run, good support play followed and hooker J Wilmott scored a try which was converted by outside half Darren Pearce (7-7).

In the 14th minute Pooler conceded a penalty at a scrum on their 10-metre line and Darren Pearce slotted a good goal (7-10). Eight minutes later Torfaen were on the attack in Pooler’s 22 when Darren Pearce put in a cross kick to his left and flanker Adam Stratton caught the high ball and scored a try near the corner. This score was converted by Pearce (7-17). With just over two minutes to go before the interval, Pooler went on the attack and took play into Torfaen’s 22 and home number 8 Cameron Boycott barged his way over for a try to the left of the posts. Blaine Groves added the extras (14-17). On the stroke of half time Pooler were penalised wide out on the combined side’s right, 35 metres from the home goal line but the attempt at goal went wide. Half time score Pontypool 14 Torfaen XV 17.

Three minutes into the second period Pontypool were awarded a penalty inside the Borough’s 22. The home side kicked for touch in the left corner and from the lineout, the Pooler pack drove their opponents over the line and second row Kristian Smith scored an unconverted try (19-17). For the next 25 minutes, the Torfaen side held their opponents and prevented them from scoring.

However, in the 69th minute some good inter passing by Pooler inside Torfaen’s 22 led to a second try by Cameron Boycott who scored under the posts and Blaine Groves slotted the easy conversion (26-17). Almost ten minutes later the last try of the evening was scored by Pooler replacement Ellis Jones to the right of the posts after the home side applied pressure inside the Borough’s 22. Blaine Groves converted to make the final score Pontypool 33 Torfaen XV 17.

Man of the match for Pontypool was awarded to Cameron Boycott while Torfaen’s man of the match was evergreen prop Nicky Blake, who captained the combined side.

This was a great advert for rugby in the Torfaen area and credit must go to all the players who took part along with the referee, Mr Kelvin Shorte of Gwaelod y Garth. Both Roger Addison’s family and Pontypool RFC would like to thank all those who had, in any way, helped in the organisation of this memorial match.

Pontypool will be back in WRU National Championship action on Saturday 12 November when they welcome Cardiff Met to Pontypool Park. Please note that the kick-off time has been brought forward to 12.30pm due to the Wales v Argentina match at the Principality Stadium kicking off at 5.30pm.