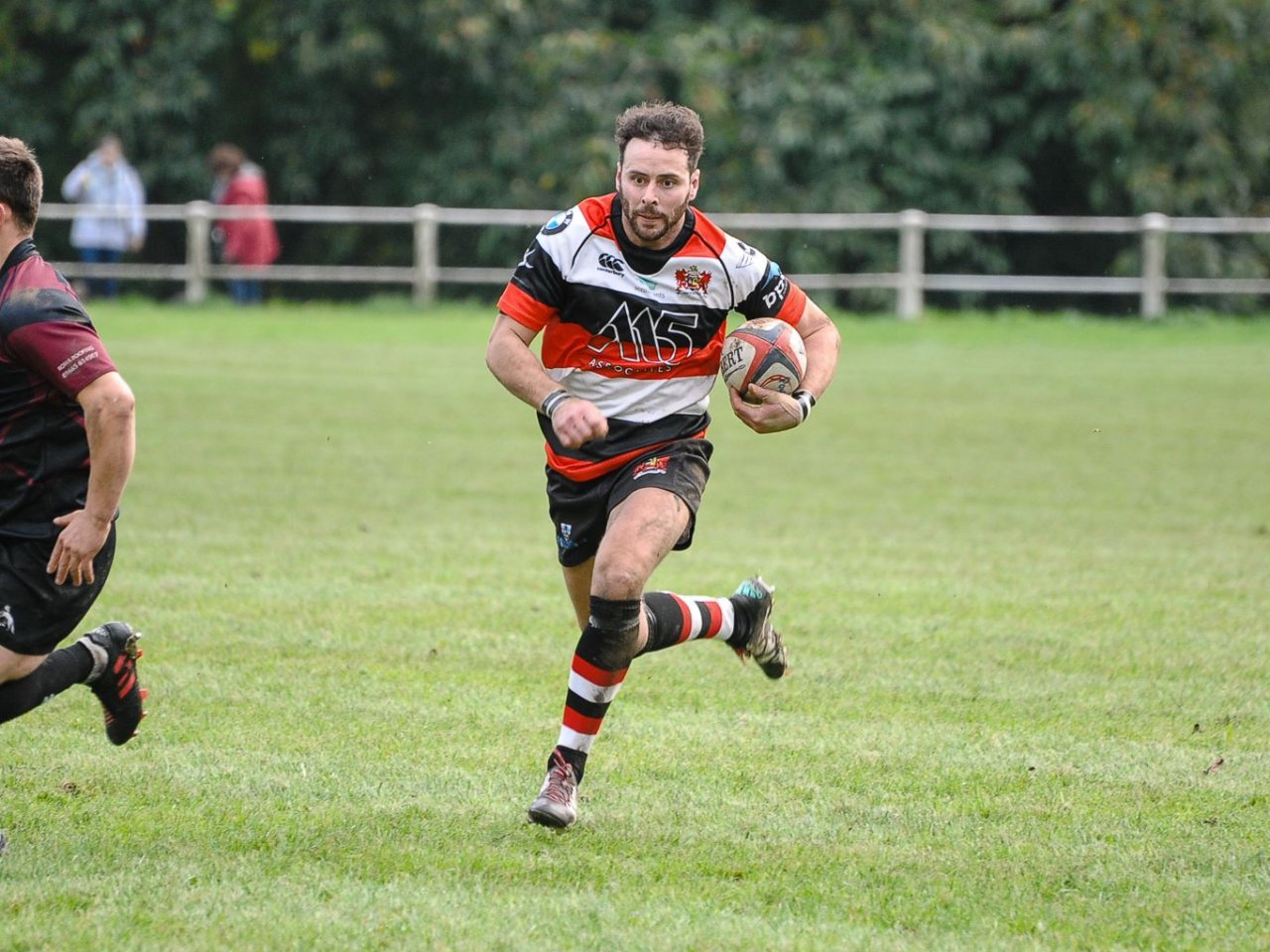 Party in the Park after thriller with Tata

Having secured the WRU National Championship title with the home win over Glamorgan Wanderers in their last match, Pontypool welcomed Tata Steel for their final home match of the season in a re-arranged fixture that was postponed from 21 January, writes Ray Ruddick. In a game of 89 points and 15 tries, Pooler secured the bonus-point win to keep their 100% home league record. After this thrilling encounter, WRU Chairman Gareth Davies presented the Championship trophy to Pooler captain Ben Parry in front of a large crowd at glorious Pontypool Park in the sun.

Pontypool kicked off playing towards the scoreboard end of the ground. In the second minute Pooler won a ruck on the visitors’ 22 on the home side’s left. The ball reached young flanker Callum Davies who broke through the defence and scored a try near the posts which outside half Matthew Jones converted (7-0). Two minutes later the ball went loose just inside Tata’s half and was kicked ahead by second row Richard East. Right wing Nathan Brooks was in pursuit and won the race to score an unconverted try to the right of the posts (12-0). In the 13th minute Pooler were applying pressure deep in the visitors’ 22 and from a driving lineout close to the Tata goal line, hooker Alex Watkins scored a try wide out on the left which Matthew Jones improved (19-0). Tata hit back immediately with a try by centre Bleddyn Davies under the posts, converted by outside half James Owen (19-7).

Midway through the first period, Pontypool fielded a relieving kick just inside The Saints’ half. They put width on the ball going left and young centre Brandon Kent ran 35 metres and powered his way to the line to score the bonus-point try to the left of the posts. Matthew Jones added the extras (26-7). Just after the half-hour mark, Tata’s scrum half Jacob Williams was yellow-carded for an offence at a maul near half way. In the 38th minute Pooler were awarded a penalty in midfield, 35 metres from Tata’s line. Flanker Jordan Williams took a quick tap and took play deep into Tata’s 22 and the ball was moved left with wing Marc Thorley squeezing over in the corner for an unconverted try (31-7). In the second minute of injury time Pooler went on the attack again and moved the ball right with full back Tom Hancock putting in a lovely grubber kick which Nathan Brooks gathered and crossed for a try 15 metres in from the right corner. This score was converted by Matthew Jones (38-7). Two minutes later the home team scored a superb try with the ball going through several pairs of hands which resulted in an unconverted try by centre Clayton Gullis who dived over near the left corner. Half time score Pontypool 43 Tata Steel 7.

In a thirteen-minute period in the second half, Tata responded with five unanswered tries after Pooler had completely switched off with gaps opening up all over the field. After ten minutes of second period Tata scored their second try of the afternoon through left wing Andrew Spowart after a break down the left flank. The conversion failed (43-12). The visitors scored again immediately with a try by centre David Griggs after loose play by the home side. Again the conversion attempt failed (43-17). In the 56th minute poor tackling by Pontypool let in Tata’s scrum half Jacob Williams who crossed under the posts for their bonus-try which James Owen converted (43-24). Two minutes later veteran Sione Tu’ipulotu replaced Brandon Kent in the centre for Pontypool. Just before the hour Tata scored again through an unconverted try by Andrew Spowart (43-29). Pooler then made a couple of changes in personnel with Elliott Ferriman making way for Matthew Thomas in the second row and club captain Ben Parry replaced hooker Alex Watkins. The Saints scored their sixth and final try of the game in the 64th minute when Jacob Williams, now playing on the left wing crossed in the left corner. The difficult conversion failed (43-34).

After 67 minutes Pooler won off-the-top ball from a lineout near Tata’s 10-metre line on Pooler’s left. The ball was moved right and Marc Thorley was put in the clear and scored an unconverted try to the right of the posts (48-34). Five minutes later Thorley completed his hat trick with a move that was started deep in Pooler’s half. The ball travelled across the home back line and the left winger sprinted 50 metres to score a try the left of the uprights, Pontypool's 2,000th try in league rugby. Matthew Jones converted (55-34). In the final few minutes Kieran Meek took the place of Matthew Jones and Ryan Harford replaced tight head prop Ollie Drake. Final score Pontypool 55 Tata Steel 34.

It was a very pleasant afternoon for all the family to enjoy with many points and tries scored and after-match entertainment included a bouncy castle, face-painting and a beer tent. Pontypool now look forward to next Saturday and a first-ever trip to the Recreation Ground to take on Bedlinog in the final game of this campaign, kick-off 2.30pm.