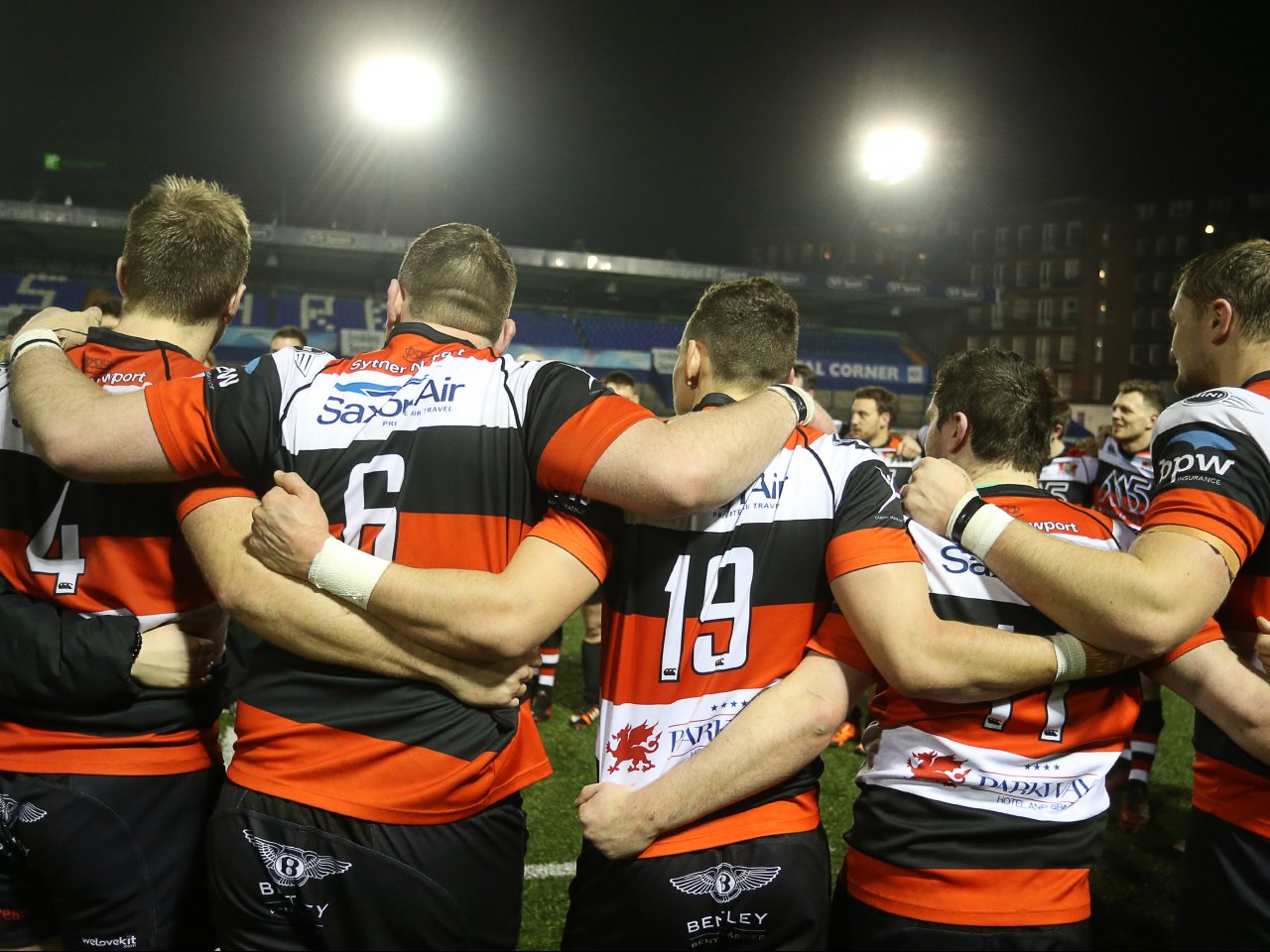 Pandy Park was almost full as Cross Keys of the Premiership welcomed old rivals and runaway Championship leaders Pontypool in the quarter-final of the WRU National Cup, writes Ray Ruddick. Cross Keys ran out deserved winners as they were the stronger team on the day and seemed to adapt to the conditions better than their opponents

Pontypool kicked off playing towards the clubhouse end of the ground on a very heavy, sticky and uneven pitch, which made handling and running difficult. The early exchanges were scrappy as both sides tried to get the upper hand. After 9 minutes, Pooler were penalised for kicking the ball out of a ruck 30 metres from their goal line to the left of the posts and home outside half Josh Prosser slotted the kick to put Keys into an early lead (0-3).

Then for the next 20 minutes or so, there was nothing between the sides. However, in the 28th minute Pooler were penalised for dropping a scrum in midfield just inside their half. Keys kicked to the left corner and from the driving lineout hooker Darren Hughes was driven over for the opening try of the afternoon. The conversion failed (0-8). Just before the interval, Pooler were guilty of using a shoulder rather than the arms when tackling on their 22 to the left of the posts and Prosser kicked the goal to put Keys 11 points to the good going into half time.

At the start of the second period Ollie Drake replaced Ryan Harford at tight head prop for the visitors. In the 47th minute Pooler were guilty of hand in a ruck inside their 22 to the right of the posts and Prosser nailed his third penalty goal (0-14). Just before the hour mark Keys were penalised at a ruck for not releasing, 35 metres out in midfield and one of the home players kicked the ball away so the referee marched them back a further 10 metres. Visiting outside half Matthew Jones kicked the goal to record Pooler’s only points of the afternoon (3-14).

About 10 minutes later Pontypool scrum half Aaron Quick was replaced by Rhys Dyer. The killer blow came in the 71st minute when Cross Keys were in possession on their left near Pontypool’s 22. Home No 8 Ieuan Jones, a former Pooler player, chipped ahead and left wing Nathan Trowbridge gathered to score an unconverted try near the corner (3-19).

With around seven minutes remaining Pontypool made several changes with loose head prop Aaron Coundley making way for Jamie Jeune, captain and hooker Ben Parry was replaced by Alex Watkins and Callum Davies came on for second row Richard East. A little later Tom Hancock replaced Kieran Meek at full back and then right wing Josh Hurley made way for Brandon Kent which completed Pooler’s substitutions. Soon after, the final whistle sounded and as hard as Pontypool tried, Cross Keys were worthy of their win which takes them into the semi-finals alongside Merthyr, Pontypridd and RGC 1404. Final score Cross Keys 19 Pontypool 3.

It was a valiant effort by Pontypool but too many errors and ill-discipline along with some very good Cross Keys defence proved to be the difference. So Pooler’s impressive run has come to an end, after winning 19 consecutive matches in all competitions. Now the successful cup run is over, after impressive away wins at Llanelli and Cardiff, Pontypool can now concentrate on their five remaining league matches and aim to go through the league season unbeaten. Next Saturday Newcastle Emlyn will be the visitors to Pontypool Park in the WRU National Championship, kick-off 2.30pm.