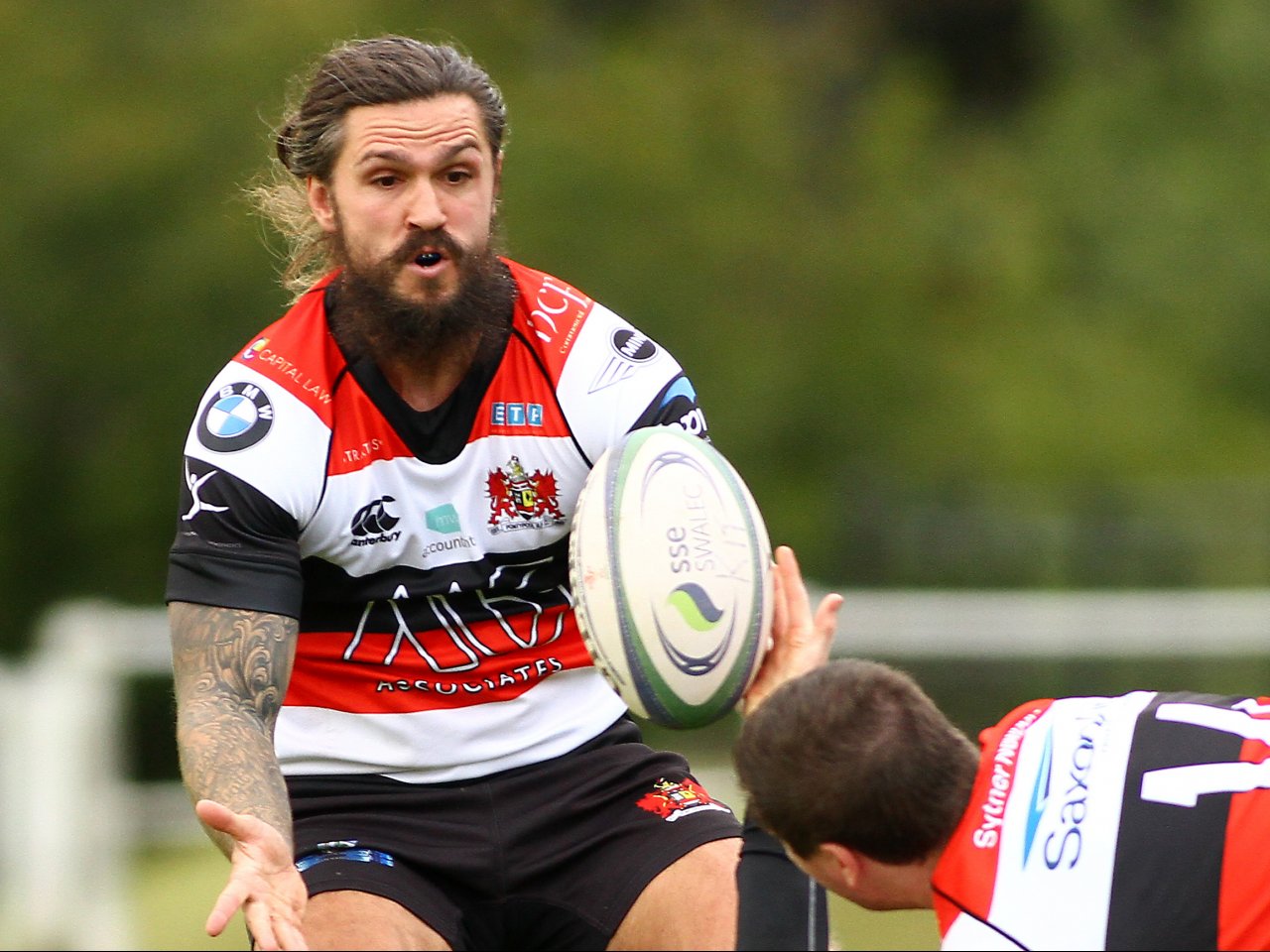 Pontypool travelled to the Swansea Valley with a visit to Trebanos Park for the first-ever meeting of the two clubs in this Championship match, writes Ray Ruddick. Trebanos had won Division One West last season and saw off Kidwelly in a two-leg play off to gain promotion to the Championship for the first time in their history. If this match is anything to go by, then they will be a difficult team to beat. This was Pooler's 700th league match. Their overall record reads won 371, drawn 22, lost 307, points for 16,538, points against 14,568, tries for 2,011, tries against 1,772.

Pontypool kicked off defending the car park end of the ground on a wet afternoon, After four minutes play, Trebanos were penalised just inside their half to the left of the posts and outside half Kieran Meek slotted the kick at goal to give the visitors an early lead (3-0). Five minutes later Pooler were penalised for a high tackle 5 metres inside the Trebanos half in midfield. Home full back Luke Griffiths kicked a fine goal to level the scores (3-3).

Midway through the first half second row Brendan Lampitt hobbled off and was replaced by club captain Rob Nash with Jordan Williams moving up into the second row. On the half-hour mark Pooler kicked for the right corner following a penalty and from the ensuing lineout drive, hooker Ben Parry scored a try, converted by Kieran Meek (10-3). Two minutes later Pooler were penalised for side entry at a ruck, just outside their 22 on the home side’s right but the attempt at goal went across the face of the posts. In the fourth minute of injury time, Trebanos hooker and captain Rhys Thomas was yellow carded for collapsing a maul inside the home 22. From the resulting penalty, Pontypool kicked for the right corner and their effective catch and drive from the lineout was rewarded with another try, again scored by Ben Parry, 15 metres in from touch. This score was converted by Kieran Meek. Half time score – Trebanos 3 Pontypool 17.

In the ninth minute of the second period Pooler were on the attack inside the Trebanos 22 and Pontypool had a scrum near the Banos line. The visiting eight’s power told, pushing the home pack over their line and Robert Nash touched down for a try, 10 metres from the left corner. The conversion failed (22-3). In the 55th minute young Pooler wing Jordan Thomas was yellow carded for a tip tackle inside the visitors’ 22. Banos kicked for the left corner and second row Rhys Morgan scored a try following a driving lineout, converted by Luke Griffiths (22-10)

An hour had gone when Pontypool won turnover ball on their right near the home 10-metre line. The ball was moved left and centre Clayton Gullis came into the line at speed and crossed in the left corner for the bonus-point try. The conversion attempt narrowly failed (27-10). Clayton Gullis was then replaced by Matthew Jones and Jamie Jeune replaced captain-for-the-day Aaron Coundley at loose head prop for Pooler. Five minutes later Trebanos were testing Pooler’s defence deep inside the visitors’ 22. Trebanos were driving the maul towards the Pooler goal line and Pontypool centre Lewis Prothero brought down the maul. The referee, Gareth John, had no hesitation but to run between the posts and awarded the home side a penalty try, now an automatic seven points with no conversion attempt required. Prothero was also sin-binned (27-17).

With just over 10 minutes of the match remaining, Trebanos made a break out of their 22, following an interception. Pooler’s defence managed to get back to halt the move inside their 22 but gave away a penalty. The home side took a quick tap and Luke Griffiths scored a try under the posts and added the extras to bring Trebanos right back into the game, with only three points now separating the two sides (27-24). Pontypool tight head prop Ollie Drake was replaced by Keegan Bale.

In the 73rd minute Jordan Thomas went for a high ball but took a player out in the air and received his second yellow card, which then became red. Trebanos were putting everything into getting that all-important score but Pooler’s defence held firm. Towards the end of the game the impressive Martin Luckwell was replaced by Aaron Quick at scrum half for the visitors. When the final whistle blew, Pooler were camped on the home line but were unable to get another score. Final score – Trebanos 24 Pontypool 27.

Trebanos came out of this game with huge credit and almost pulled off a win. They like to move the ball and are very effective when they do. So Pontypool survived the Banos comeback to secure a hard-fought win, much to the relief of the players, coaches and supporters. Pontypool’s next match is on Saturday when Glynneath will be the welcome visitors to Pontypool Park, kick-off 2.30pm.