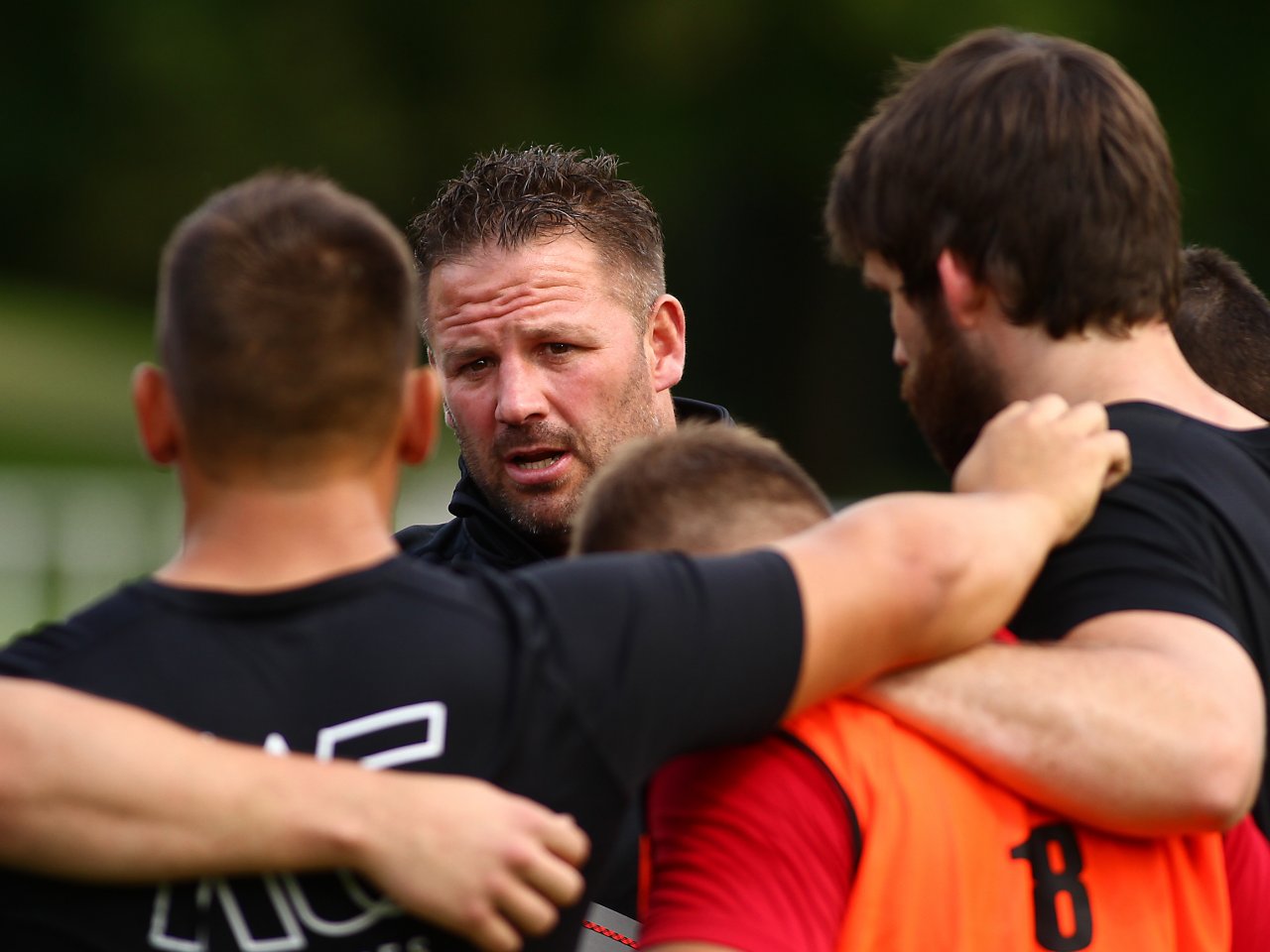 Pooler ease to bonus-point victory over The Otters

Narberth made the long journey from Pembrokeshire to Pontypool Park to take on defending champions Pontypool in a WRU National Championship match on a wet afternoon and returned home empty-handed as Pooler gained a comfortable win, writes Ray Ruddick. Pontypool have now stretched their lead at the top of the league table to eight points after five games played.

Narberth kicked off attacking the scoreboard end of the ground. In the fifth minute Pooler No 8 Jordan Williams hobbled off with a lower leg injury and was replaced by Craig Attwell. 12 minutes later Pooler had a scrum inside Narberth’s 22 on Pontypool’s right and the visiting eight were penalised as the dominant home pack pushed their opponents back. Outside half Matthew Jones slotted the kick at goal (3-0).

On the half hour mark, Pontypool were putting pressure on the Narberth defence deep inside the visitors’ 22 with several forward drives. The ball reached Matthew Jones who popped a short pass to Kieran Meek and the centre scored a try near the posts which Jones duly converted (10-0). Pooler flanker Mike Herbert, who had taken a knock earlier in the game, was then replaced by Callum Davies.

In the 38th minute Narberth’s kick out of defence was charged down near their 22. Home hooker Ben Parry fielded the ball and made 10 metres. The ball was recycled and moved right, along the line for right wing Lewis Prothero to score an unconverted try in the corner (15-0). In the fourth minute of injury time at the end of the first half, Pontypool were back on the attack thanks to a long kick to the right corner. It was Pontypool’s throw into the lineout out 5 metres from the Narberth line and from the resulting drive, "try machine" Ben Parry scored his sixth try in five games and Matthew Jones added the extras to make the half time score Pontypool 22 Narberth 0.

For the start of the second period Ben Parry made way for Jamie Jeune in the middle of the Pontypool front row. A quarter of an hour into the second half, The Otters were penalised at a scrum inside their 22 on Pooler’s left. The home side kicked for the corner and from the ensuing driving lineout, evergreen Jamie Jeune scored a try which Matthew Jones converted with a fine kick (29-0). With around 15 minutes of the match left, Pontypool made a double substitution with Keegan Bale taking over from Ollie Drake at tight head prop and scrum half Aaron Quick made way for Martin Luckwell. Final score – Pontypool 29 Narberth 0.

This was the 99th league and cup appearance for both centre Clayton Gullis and Aaron Quick for Pontypool. Pooler always seemed to be in control of this game and, when called on to defend, they did so very effectively. The home side, who had dominated both territory and possession, created many chances and probably could have scored a further 4 or 5 tries had passes not gone forward or had gone to hand. Nevertheless, it was a quality performance by Pooler with some good handling and neat touches along with the pack putting in a powerful shift.

Pontypool’s next two games are also at home. Next Saturday they welcome Beddau to Pontypool Park and on Saturday 14 October, Skewen will be the visitors. Both games kick-off at 2.30pm.