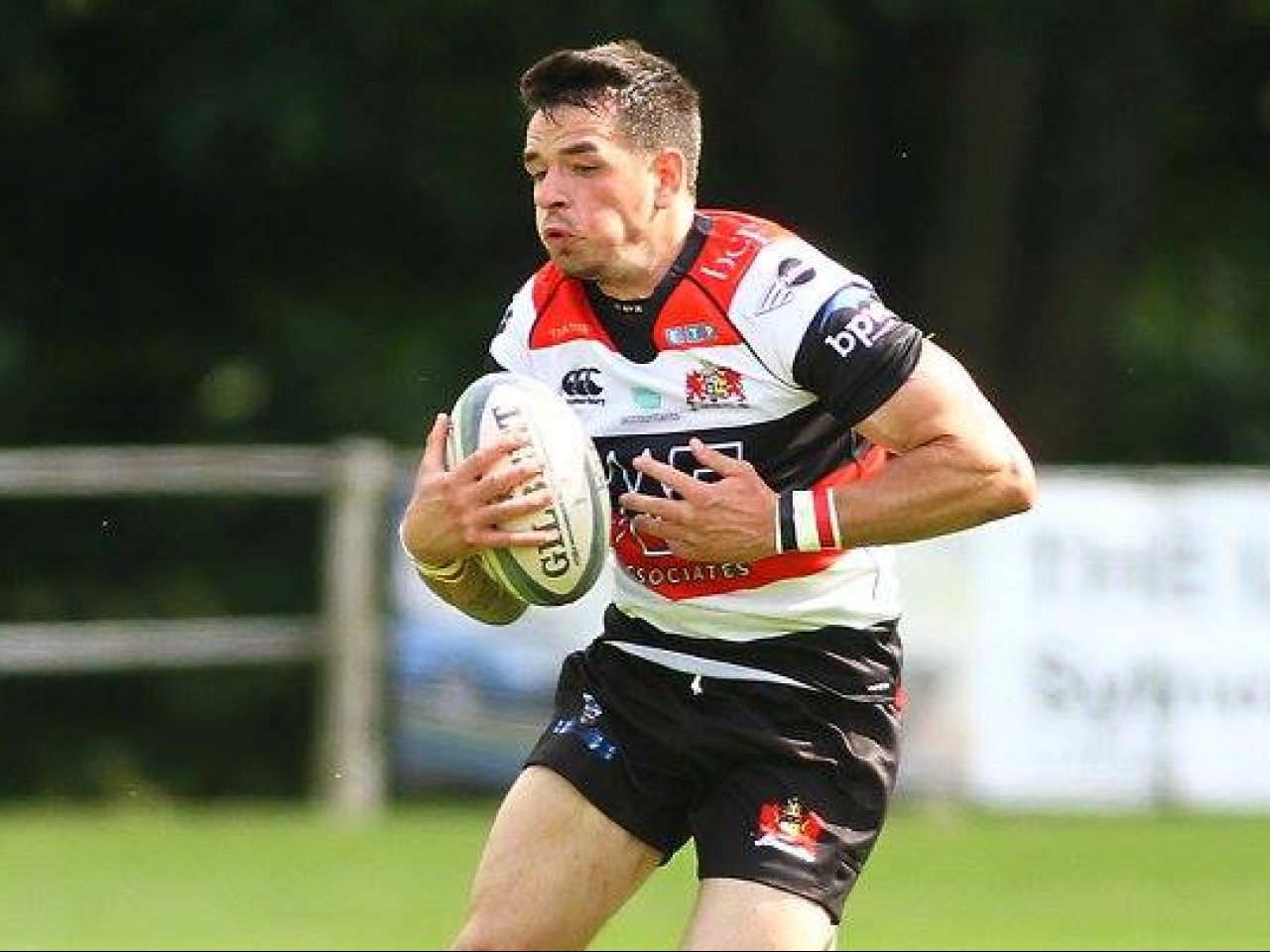 A great second half performance by the Pontypool backs paved the way for the 10-try demolition of brave Beddau on Saturday at a fine and dry Pontypool Park in the WRU National Championship, writes Ray Ruddick. Two Pooler players, centre Clayton Gullis and scrum half Aaron Quick, each made their 100th league and cup appearance for the club, with Gullis being one of the try scorers.

Beddau kicked off playing towards the scoreboard end of the ground and immediately Pontypool were penalised just outside their 22 in front of the posts. Outside half Zac Byard put the visitors into a very early lead with a successful shot at goal (0-3). In the 24th minute Beddau were on the attack inside Pooler’s 22 and centre Adam Ashford scored a try under the posts which was converted by Zac Byard (0-10). Four minutes later play was inside the Beddau 22 and after a patient build-up by the home team, the ball went right and full back Ethan Davies crossed for a try, 15 metres in from the right corner. Outside half Matthew Jones converted (7-10). Going into injury time at the end of the first half and from powerful driving lineout by the home forwards, captain and No 8 Rob Nash scored an unconverted try to put Pooler into a two-point lead at the break. Half time score – Pontypool 12 Beddau 10.

At the start of the second period, flanker Craig Attwell was replaced by Elliott Ferriman. In the 47th minute Pooler passed the ball along the line and it reached Lewis Prothero on the right wing who popped an inside pass to Ethan Davies to score an unconverted try in the corner (17-10). Four minutes later, play was inside the Beddau half and the Pontypool backs created a lovely move with Kieran Meek, Matthew Jones and Ethan Davies all involved with the latter making a superb break down the left. He passed inside to left wing Jordan Thomas and the youngster sprinted under the posts for a well-worked try. Matthew Jones added the extras (24-10).

In the 55th minute home flanker Callum Davies made a break on the right to take play inside Beddau’s 22. The ball was moved left to Kieran Meek who popped a short pass to Jamie Jeune to put the hooker into space and he crossed for a try near the posts. Once again, Matthew Jones converted (31-10). Just before the hour mark, Pontypool were on the attack again and a lovely break by Ethan Davies down the left wing but the full back was brought down just short of the visitors’ line. However, he managed to get his pass to the supporting Matthew Jones who scored in the corner and added a further two points by converting his own try (38-10). Shortly after, Pooler made a triple change in personnel – century-celebrating scrum half Aaron Quick made way for Martin Luckwell, Tom Hancock replaced Matthew Jones at fly half and Alex Watkins, returning from injury, came on for Jamie Jeune in the middle of the Pooler front row.

Almost immediately Pooler were again on the offensive inside Beddau’s half. Clayton Gullis made a great break but stumbled and fell about 10 metres short of the visitors’ line. However, he managed get back to his feet and crossed for a try to the right of the posts, to make it a memorable 100th appearance for the centre. Replacement Tom Hancock converted (45-10). In the 68th minute tight head prop Ollie Drake was replaced by Ryan Harford, making his first appearance of the season. Five minutes later Pooler was awarded a penalty a few metres from the Beddau goal line to the left of the posts. They opted for a scrum and from this powerful scrum, the Pontypool pack pushed their opponents back and Rob Nash scored his second try of the afternoon and Tom Hancock converted (52-10).

Then in the 77th minute Pooler went on the attack again with Lewis Prothero making the initial break. Callum Davies picked up from the breakdown and passed right. The ball reached Kieran Meek wide out and the centre scored a try in the corner. Tom Hancock slotted a fine conversion (59-10). In the final minute of normal time Pooler won a lineout inside Beddau’s 22. Replacement scrum half Martin Luckwell picked up the ball, saw a gap opened up in front of him, went through and crossed for a try to the left of the posts. Tom Hancock converted (66-10). In the fourth minute of injury time and with the final move of the game, Beddau took a quick tap free kick and replacement Dai Francis caught the Pontypool defence asleep and scored a try near the posts. Zac Byard converted. Final score – Pontypool 66 Beddau 17.

Both teams seem to struggle a little in the first half but the second half was all Pontypool with the backs creating some cracking tries. Pontypool maintain their eight-point lead at the top of the league table, on 29 points, with newcomers Trebanos and Tata Steel both on 21.

Next Saturday Pontypool are once again at home with the visit of Skewen to Pontypool Park. Then the following Saturday 21 October, Pooler travel to the Margam Sports Ground to take on Tata Steel in a mouth-watering top-of-the-table clash. Both games kick-off at 2.30pm.