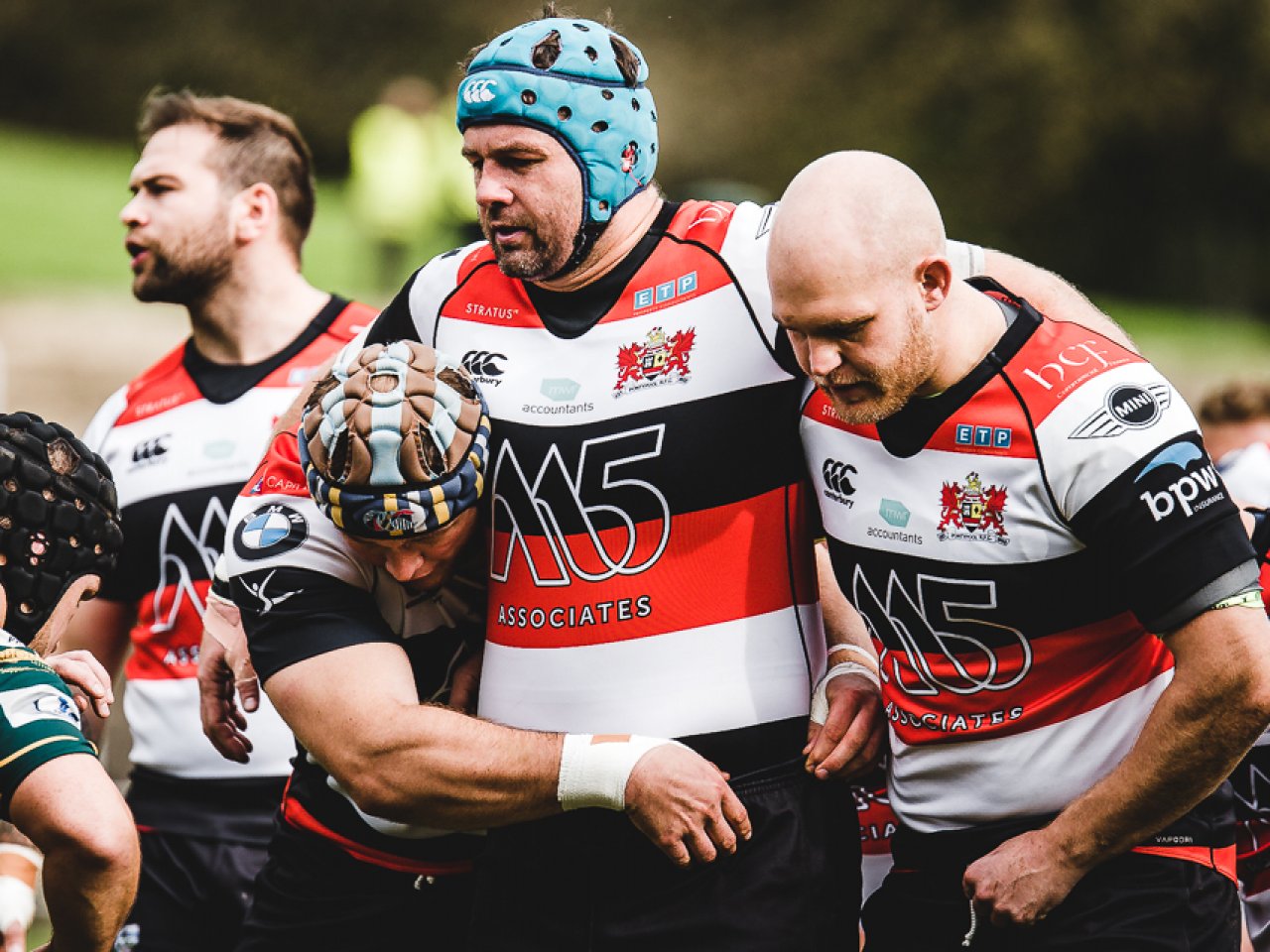 Pontypool welcomed Skewen to Pontypool Park in the WRU National Championship on a dry, fine and pleasant afternoon and came away with their seventh straight win and their sixth bonus-point victory in a row, writes Ray Ruddick.

Skewen kicked off playing towards the scoreboard end of the ground. In the 4th minute Pooler were penalised just inside their half on Skewen’s left but the attempt at goal went wide. Six minutes later the home side were on the attack inside Skewen’s 22 on Pooler’s right. The ball was recycled and moved left with prop Jamie Jeune making a long pass to Rhodri Usher and the left wing scored a try wide out. Matthew Jones added the fine conversion (7-0). After 12 minutes Pontypool were caught offside chasing a kick in midfield five metres inside their half and Skewen’s outside half Adam Rowles slotted a good penalty goal (7-3).

On the half hour mark, play was inside Skewen’s half and Pooler moved the ball left along the line. The ball reached Rhodri Usher who handed off one opponent and as he was tacked, offloaded to fellow wing Marc Thorley in support who crossed for a try 10 metres in from the left corner. The conversion failed (12-3). Six minutes later Pooler back on the offensive as scrum half Martin Luckwell passed out to centre Kieran Meek who then, in turn, popped the ball to Matthew Jones. The Pontypool outside half chipped ahead and Rhodri Usher won the race to the touchdown, 15 metres in from the left corner. Jones added the extras (19-3). In the fourth minute of injury time, Skewen scored a deserving try, to the left of the posts, by full back Gareth Walters, converted by Adam Rowles. Half time score – Pontypool 19 Skewen 10.

Seven minutes into the second period, Pooler were on the attack down the left when the ball was moved right and Rhodri Usher came off his wing to make the extra man and he crossed for his hat trick and Pooler’s bonus-point try to the right of the posts. Matthew Jones converted (26-10). After 51 minutes Usher, who took an earlier knock, was replaced by Aaron Quick who slotted into scrum half and Martin Luckwell went out to the left wing. A quarter of an hour later Pooler made further substitutions, both in the front row with Aaron Coundley replacing Jamie Jeune at loose head prop and Alex Watkins made way for Ben Parry at hooker.

In the 71st minute Pontypool were awarded a penalty at a scrum in midfield near Skerwen’s 10-metre line. They kicked for the right corner and the powerful driving lineout took play to within 5 metres of the Skewen goal line. Aaron Quick picked up the ball from the ruck, darted over and ran under the posts for Pooler’s fifth try of the afternoon. Matthew Jones kicked the easy conversion (33-10). Pontypool then made their final change with Richard Egan coming on for second row Ben Egan. Deep into injury time Pontypool were again putting Skewen under pressure and had a scrum five. Home No 8 Cameron Watson-Boycott picked up from the base of the scrum and drove over for a try on the left. The conversion failed. Full time score – Pontypool 38 Skewen 10.

Pooler had to work hard for their victory as Skewen put up plenty of resistance but Pontypool’s power and fitness told. Pontypool’s lead at the top of the league table has now been extended to 12 points with their nearest rivals, Trebanos and Tata Steel both losing away from home.

Next Saturday Pontypool make the journey to Margam Sports Ground to take on Tata Steel in a mouth-watering top-of-the-table clash. The following Saturday Pooler entertain Cardiff Metropolitan University at Pontypool Park. Both games kick-off at 2.30pm.