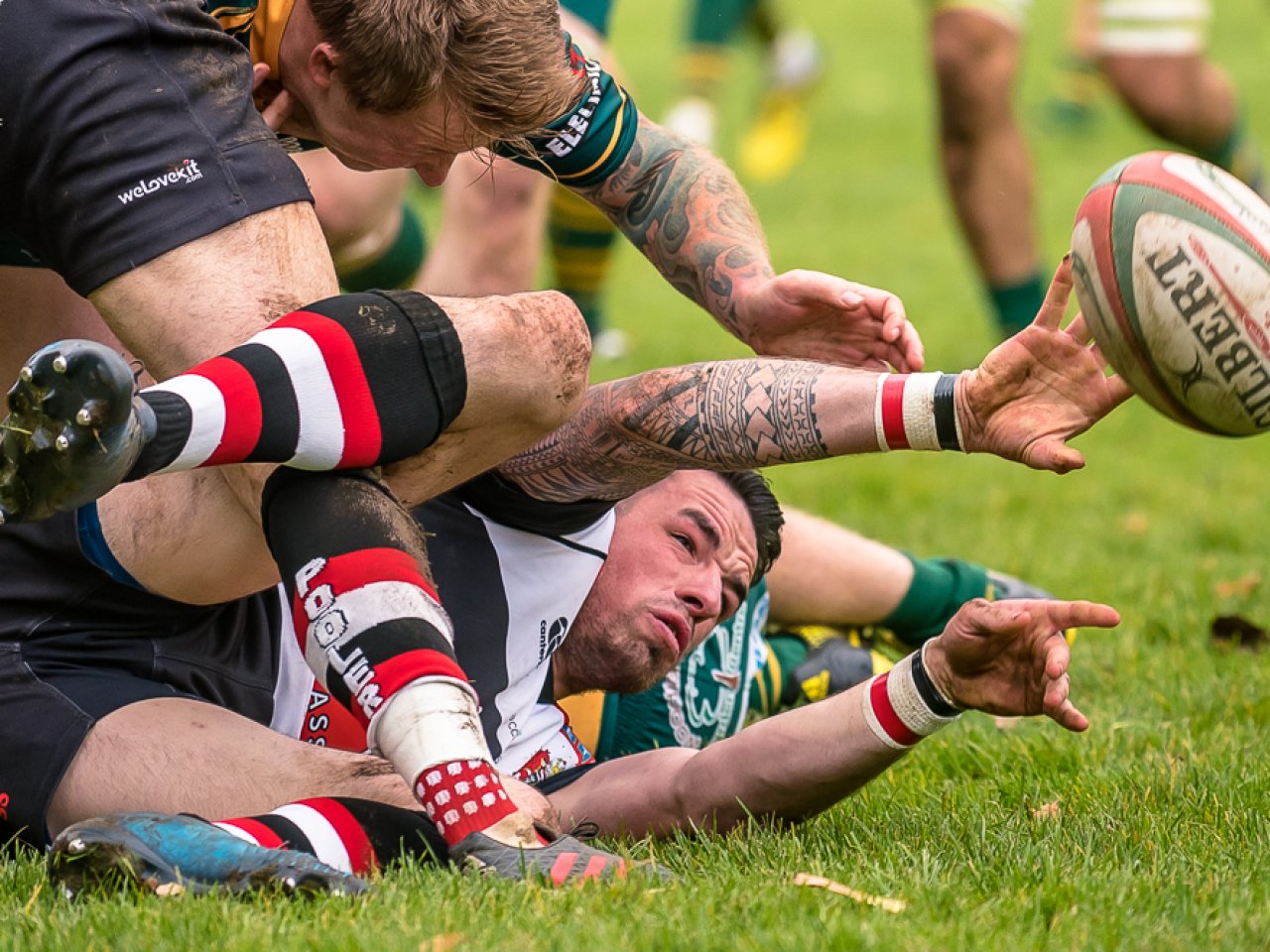 Wet and windy win for Pooler in close game at Margam

Matches against Tata Steel at the Margam Sports Ground are never easy and this encounter was no exception, writes Ray Ruddick. It was third hosting top in the WRU National Championship and what promised to be an open and expansive game was spoiled by Storm Brian. An extremely strong wind and driving rain made it exceptionally difficult for both sides but huge credit to all the players and the referee for their efforts in very trying conditions.

Pontypool kicked off attacking the cricket ground end with the strong wind at their backs. In the 3rd minute Pooler made 30 metres from a powerful driving maul which took play to within five metres of the Tata goal line near the posts and the home side were penalised. Visiting outside half Matthew Jones slotted the kick at goal to put the Championship leaders into an early lead (3-0). Eleven minutes later Tata were again penalised for deliberately wheeling Pooler’s dominant scrum in front of their posts and Matthew Jones doubled Pontypool’s lead with another successful kick at goal (6-0). In the 17th minute Pooler were penalised at a ruck in front of their posts on their 22 and Tata’s outside half Lloyd Bradley kicked the goal (6-3).

Midway through the first period there was a lineout near the home 10-metre line. Tata's scrum half Geraint Watkins got the ball and made a super break through the Pontypool defence which took play into the Pooler 22 and flanker Jacob Lewis crossed for a fine try under the posts. Unusually, the conversion attempt was charged down (6-8). Just before the half-hour mark, Pooler put The Saints under pressure deep inside the home 22. Pooler scrum half Aaron Quick picked up from a ruck and darted over for a try, 10 metres in from the left corner. Matthew Jones added the extras with a good conversion (13-8). Approaching injury time Tata flanker and captain Scott Malone was sin-binned for an offence at a ruck deep inside his 22. Pooler were awarded a penalty and chose the scrum option. The Pooler eight put in a powerful drive at the scrum and the home pack disintegrated and the referee ran between the posts and awarded the visitors a penalty try, now an automatic 7 points with no conversion attempt required. Half time score – Tata Steel 8 Pontypool 20.

Pontypool were now playing against the fierce wind and held out until the hour mark. The Saints were putting their visitors’ defence under pressure and Pooler skipper and No 8 Rob Nash was yellow-carded for a high tackle 5 metres from the Pontypool goal line. The pressure eventually told and Tata scored a try to the right of the posts through No 8 Matthew Llewellyn, converted by Lloyd Bradley (20-15). In the 67th minute Pooler centre Dan Robinson was replaced by Tom Hancock. Two minutes later Pontypool were penalised for side entry to a ruck 5 metres inside Tata’s half, 10 metres in from touch on Tata’s left and Lloyd Bradley kicked a huge wind-assisted goal to narrow the gap to two points (20-18). Then Pontypool flanker Craig Attwell limped off and was replaced by Mike Herbert.

In the 77th minute Pontypool were penalised at a scrum 10 metres inside the home side’s half, 15 metres in from Tata’s left touchline but the attempt at goal was short and wide. A minute later Ollie Drake made way for Ryan Harford at tight head prop for the visitors. It was nail-biting stuff at the end with Pooler gaining ground with a couple of penalties and, when the whistle went for full time, play was near the Tata goal line. Final score – Tata Steel 18 Pontypool 20.

This was an excellent result for Pooler and congratulations to the players for adapting to, and hanging on in, the most difficult of playing conditions. Well done also to Tata Steel who put up a tremendous and spirited fight as the result could have gone either way. Pontypool welcome the students of Cardiff Metropolitan University to Pontypool Park next Saturday and the following Saturday (4 November) Pooler make the long journey to picturesque Dol Wiber to take on Newcastle Emlyn. Both matches kick off at 2.30pm.