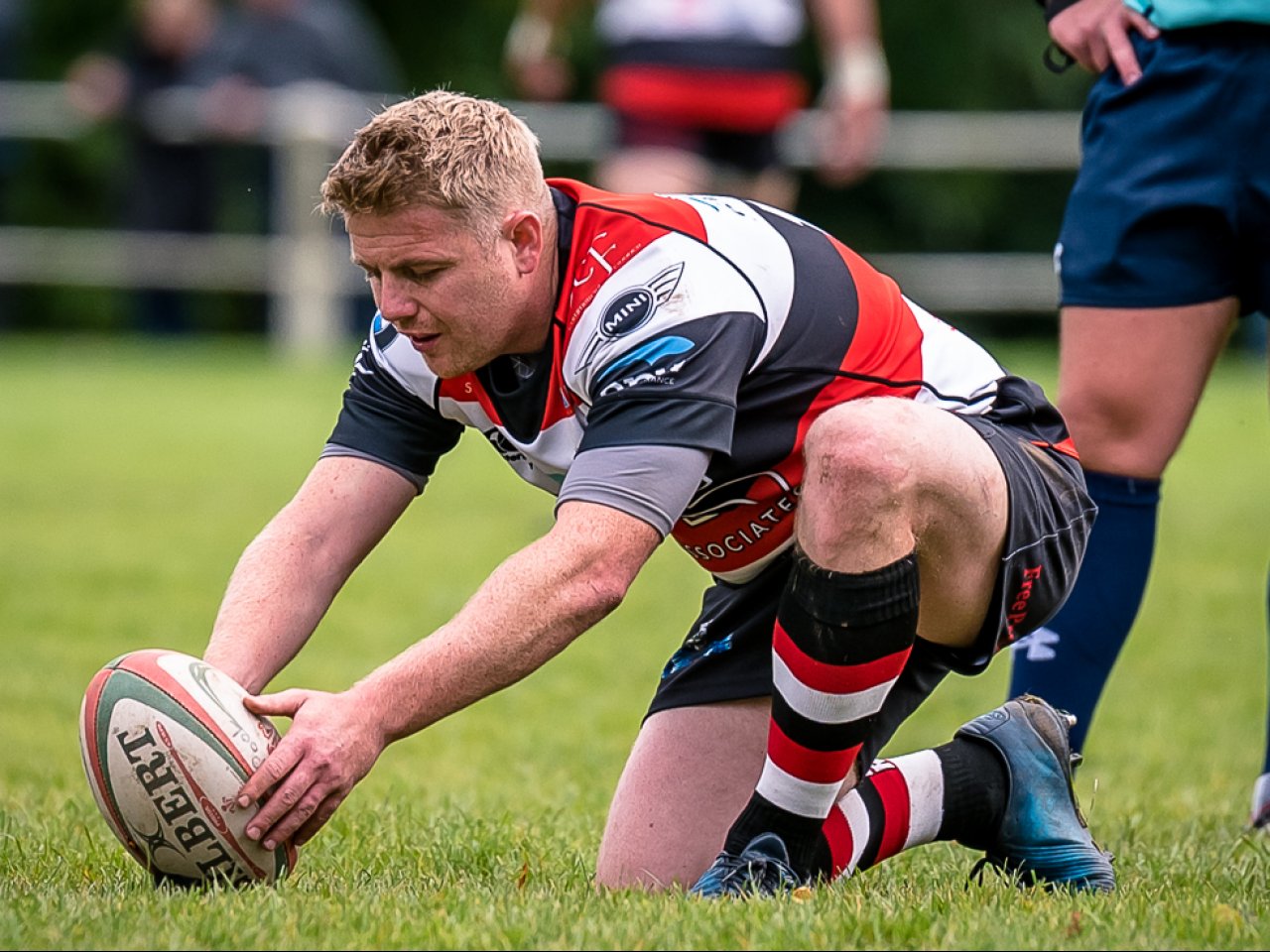 Pontypool made the long journey to the lovely surroundings of Dol Wiber on Saturday to take on Newcastle Emlyn in the WRU National Championship and came away with a thumping win, writes Ray Ruddick. This victory maintains Pooler’s 100% league record and a fifteen-point lead at the top of the league table. They have 48 league points out of a possible 50 with Narberth in second place with 33 points.

Newcastle Emlyn kicked off defending the clubhouse end of the ground on a pleasant but chilly afternoon. Almost immediately Pooler gave away a penalty for offside from a kick and home left wing Dan Davies kicked the goal 10 metres in from the home side’s right touchline, 15 metres inside Pooler’s half to put his side into a very early lead (0-3). Three minutes later Pooler were on level terms with an easy penalty kick in front of the posts by outside half Kieran Meek (3-3). In the 10th minute Pooler were on the attack and awarded a penalty near the right corner. They kicked for touch and from the ensuing lineout, hooker Ben Parry touched down for a try wide out. The fine conversion was kicked by Kieran Meek (10-3). Four minutes later Pontypool were again inside Emlyn’s 22 and from the back of a scrum, Aaron Quick passed to Brendan Lampitt who off-loaded to Jordan Thomas. The young wing threw the ball back inside for a Newcastle Emlyn defender to knock it over his own line and visiting skipper Rob Nash dived on it to score a try 10 metres in from the left corner. The conversion failed (15-3). Emlyn immediately responded with a try under the posts by centre Teifion Davies after some sloppy defending by the visitors. Dan Davies added the conversion (15-10).

In the 24th minute, Pooler’s powerful scrum came to the fore. The Pontypool forwards drove their opponents back, putting the home side on the back foot. The ball went across the back line and reached Jordan Thomas who managed to cross for a try 5 metres in from the left corner. Kieran Meek slotted a good conversion (22-10). Just before the half-hour mark a lovely break by visiting full back Clayton Guillis took play into Emlyn’s 22. Recycled ball went right and Ben Parry crossed for his second try of the afternoon in the right corner, and Pooler’s try bonus point. The conversion was missed. Half time score – Newcastle Emlyn 10 Pontypool 27.

In the fifth minute of the second period Pooler were putting their hosts under pressure inside Emlyn’s 22 and this pressure told as Kieran Meek glided over for a try under the posts and he duly converted (34-10). Almost ten minutes later Clayton Gullis made another break then Rob Nash’s barn-storming run took play to near the home goal line. The ball came back, scrum half Aaron Quick picked up and darted over for a try under the posts. Kieran Meek added the extras (41-10). On the hour Pontypool made numerous changes with Martin Luckwell taking over from Aaron Quick, Ben Parry made way for Alex Watkins in the middle of Pooler’s front row, Keegan Bale replaced Ollie Drake at tight head prop and Brendan Lampitt went on for Callum Davies in the back row. Soon after, uncontested scrums were introduced for the remainder of the game and Matthew Jones came on for centre Dan Robinson for the visitors.

In the 64th minute Matthew Jones popped a short pass to debutant Joel Mahoney who made a good break and passed to his captain Rob Nash in support, and scored a try under the posts which Kieran Meek converted (48-10). From the re-start, Alex Watkins made a break and off-loaded to flanker Mike Herbert and the impressive Herbert out-sprinted the defence to score a try under the posts. Kieran Meek, once again, converted (55-10). In the final move of the game, three minutes into injury time, Martin Luckwell sprinted fully 60 metres to touchdown for a try under the posts and Kieran Meek again converted to give him a match haul of 22 points. Final score – Newcastle Emlyn 10 Pontypool 62.

This was an impressive performance by Pontypool, playing high tempo rugby. The forwards dominated up front and the backs looked sharp and incisive at times. The bonus point was in the bag before half time and Pontypool carried on in much the same fashion in the second period, scoring a further five tries against a battling Newcastle Emlyn side who, to their credit, never gave up.

Pontypool’s scheduled away league match at Rhydyfelin on Saturday has been postponed and will now take place on Saturday 14 April 2018. Pooler’s next home game is a charity game against a Torfaen XV on Friday 24 November 2017 with kick-off at 7.15pm. Then the following Friday (1 December) Pontypool visit Emlyn Park to face Talywain in a friendly, again kick-off at 7.15pm. The next home league match is on Saturday 9 December 2017 when Trebanos will make their first-ever visit to Pontypool Park, kick-off 2.30pm.