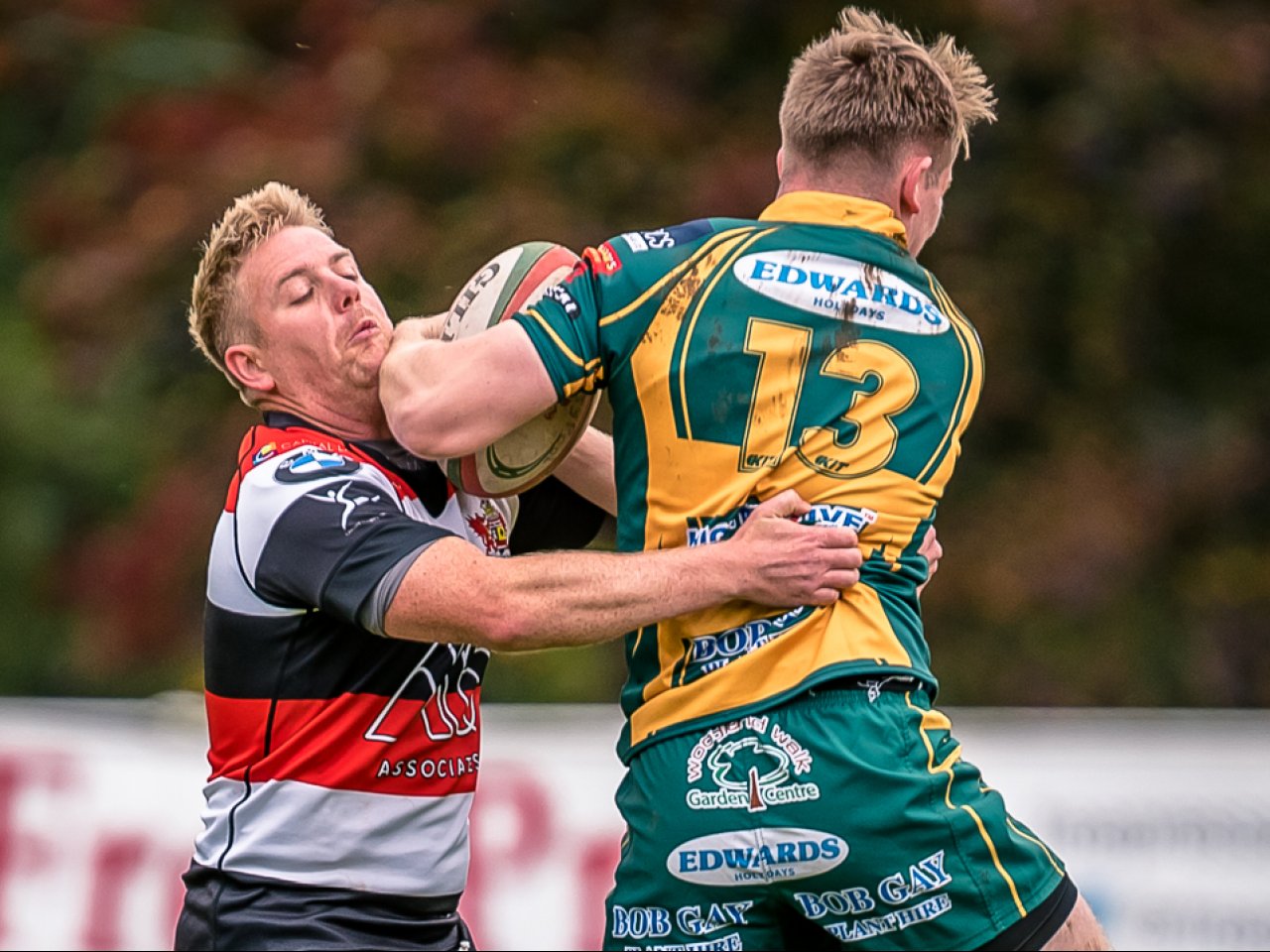 Pontypool welcomed WRU National Championship newcomers Trebanos for their first-ever visit to Pontypool Park on a very cold afternoon, writes Ray Ruddick. Pooler managed to hold on to a narrow 27-24 win when the teams met at Trebanos Park back in September and with Trebanos in fourth position in the league table, it was always going to be a difficult game for the league leaders, and so it proved.

Pontypool kicked off attacking the bandstand end of the ground. Both teams seem to cancel each other out in the early stages with little to choose between them. However the stalemate was broken in the 13th minute when Pooler were pressing near the Trebanos goal line and, following a powerful scrum, young referee Ben Breakspear of Abercynon awarded a penalty try, now a straight seven points with no conversion attempt required, and yellow-carded visiting loose head Tyla Murvai (7-0). During this sin-binning there were passive scrums as Trebanos could not cover the loose head position off the bench. Three minutes later Pontypool were caught offside 5 metres inside their half 15 metres in on Trebanos’ left but the attempt at goal fell short.

In the 28th minute Pooler took a quick tap penalty on the visitors’ 22. There was a good pick up off his toes by full back Josh Hurley who managed to get his pass to centre Kieran Meek. In turn, Meek spun a long ball to left wing Jordan Thomas who cut back inside and, as he was tackled popped the ball to Clayton Gullis and the centre crossed for a try 5 metres in from the left corner. The difficult conversion attempt failed. Half time score – Pontypool 12 Trebanos 0.

In the third minute of the second period Pooler were on the attack deep inside Trebanos’s 22. The home forwards tried to drive over but the stubborn Trebanos defence held them out. Eventually the ball reached Matthew Jones and the outside half put in a grubber kick over the visitors’ goal line and Clayton Gullis won the race to the touchdown near the posts for his second try of the afternoon. Matthew Jones added the extras (19-0).

Five minutes later Trebanos centre Tom Dew was sin-binned for repeated infringing. Just before the hour mark Pooler scrum half Aaron Quick was dealt with in similar fashion after pulling back an opponent. Shortly after, Josh Hurley pulled up injured and was replaced by Dan Robinson. On 62 minutes Trebanos were on the attack and put up a high ball which landed near the Pontypool line. The home defenders failed to deal with it, the ball went loose and right wing Sam Davies scored a try wide out with full back Matthew Edwards kicking a fine conversion (19-7). Then Pooler made some changes in personnel with second row Richard East making way for Craig Attwell, Jamie Jeune replaced hooker Alex Watkins and Martin Luckwell went on for Aaron Quick, who didn’t return from his spell in the bin.

With around 10 minutes left on the clock Pontypool were awarded a penalty from a powerful scrum in midfield. Matthew Jones kicked for the right corner and from the driving lineout, flanker and captain Rob Nash scored Pooler’s bonus-point try. The difficult conversion failed (24-7). Near the end of the game Pooler tight head prop Ollie Drake, a consistent performer throughout the season, made way for Russell Beale, who made his league debut for the club. Final score – Pontypool 24 Trebanos 7.

It was another bonus-point victory for Pooler making it eleven wins out of eleven to continue on their impressive run, even though they were below their best. The game, played on a heavy pitch, seemed to be disjointed at times with the long lay off for the Autumn internationals not helping either side.

Pontypool will be on the road on Saturday when they travel to Abernant Park to take on Glynneath. Their next home game is on Saturday 30 December when they entertain traditional rivals Newbridge in what promises to be a keenly contested local derby. Both matches kick-off at 2.30pm.