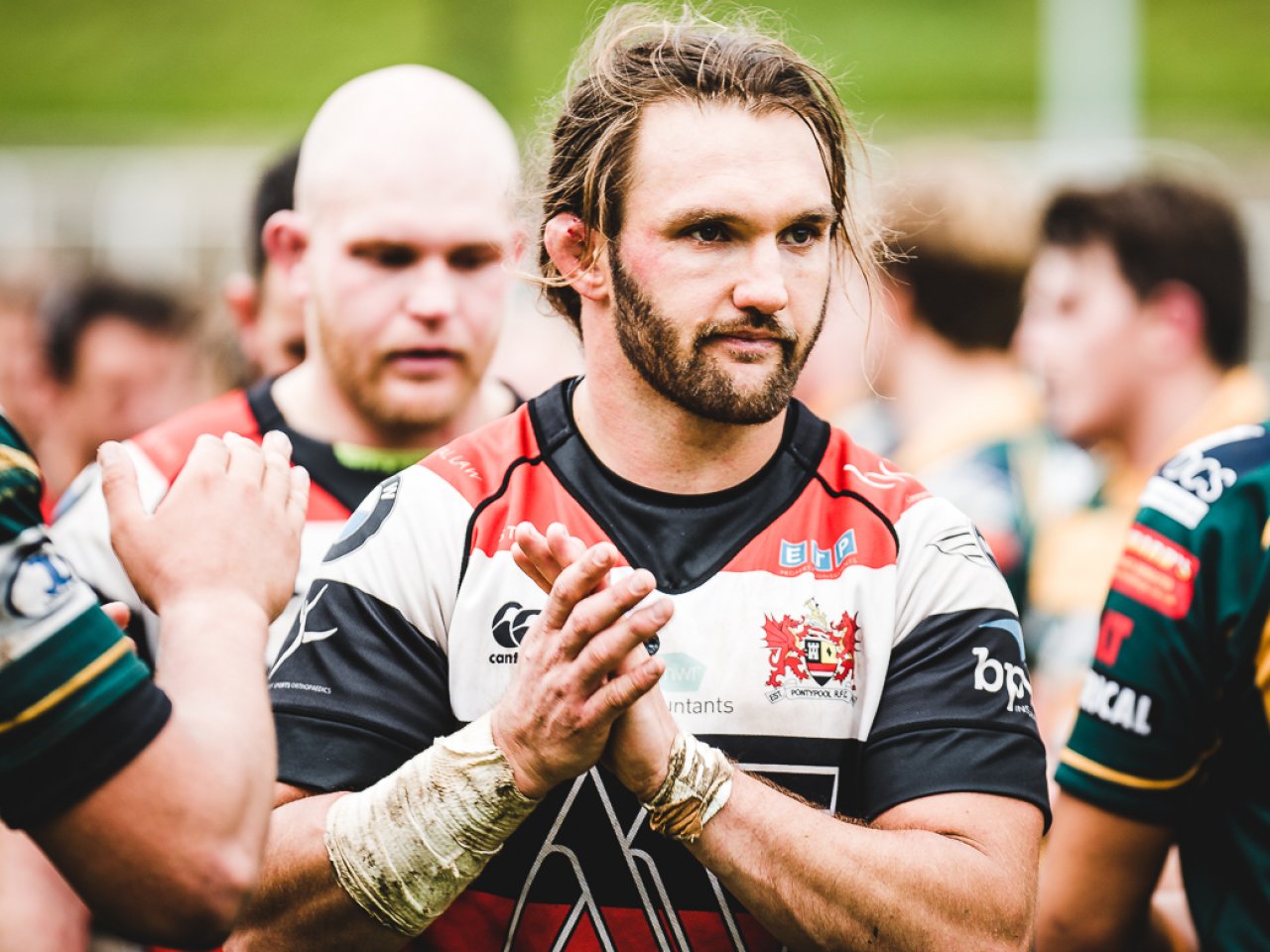 Pooler prove too strong for spirited Bedlinog in entertaining encounter

Pontypool extended their lead at the top of the WRU National Championship table to 19 points with an eight-try victory over spirited Bedlinog at a cold and overcast Pontypool Park on Saturday, writes Ray Ruddick. Pooler’s nearest rivals Narberth didn’t pick up any league points as they went down 32-21 at Rhydyfelin which, therefore, increased Pooler’s advantage, and Pontypool have a game in hand over their west Wales rivals.

Pontypool kicked off playing towards the scoreboard end of the ground. In the 9th minute Pontypool hooker Lewis Ball made a break from a ruck near the Bedlinog 22, drew the last defender and passed to Jamie Jeune and the loose head prop crossed for a try to the right of the posts. Outside half Matthew Jones slotted the conversion (7-0). Five minutes later Pooler had a lineout 5 metres from the Bedlinog goal line on Pooler’s left and from the forward drive, Lewis Ball scored his first try for the club out wide. The conversion attempt failed (12-0).

Just after the midway point in the first half Pooler conceded a penalty at a maul on their 10-metre line wide out on The Foxes’ right and the attempt at goal went wide. 10 minutes later, a move started by all three members of the Pooler front row just outside the home 22 on Pontypool’s right, was finished off in style by full back Clayton Gullis in the opposite corner after the ball going through several pairs of hands - a superb score. Matthew Jones added the extras with a fine kick (19-0). In the 37th minute Pooler were putting the Bedlinog defence under pressure inside the visitors’ 22. Matthew Jones went blind and passed out to centre Dan Robinson who appeared on the right flank and crossed for the bonus-point try 15 metres in from the corner. The conversion attempt failed (24-0). However, Bedlinog hit straight back when, after a mix up in the Pontypool defence, they let in visiting centre Matthew Trowbridge for a try 10 metres infield on the right and full back Dan Parry converted (24-7). Just on half time Pooler were caught offside in midfield on their 10-metre line and Parry slotted the kick at goal to make the half time score Pontypool 24 Bedlinog 10.

In the 14th minute of the second period, play was inside The Foxes’ 22 on Pooler’s left. The home side moved the ball right and reached Matthew Jones. The outside half chipped for the right corner for Clayton Gullis to gather and score an unconverted try wide out (29-10). Three minutes later Matthew Jones took the ball near the Bedlinog 10-metre line, again chipped towards the right touchline. Wing Marc Thorley caught it, spun out of a tackle and passed to the supporting Clayton Gullis who crossed in the corner for his hat-trick. The conversion failed (24-10). Pooler then made a couple of changes with second row Curtis Gregory making way for Rhodri Jones, making a welcome return from a 5-month lay off due to injury and Aaron Quick replaced Martin Luckwell at scrum half.

With about a quarter of an hour left Pooler were again putting pressure on Bedlinog. The ball was moved right and Marc Thorley squeezed over in the corner for another unconverted try (39-10). A couple of minutes later home No 8 Ben Sparks made a break from a ruck on Pooler’s left between Bedlinog’s 10-metre line and 22. He managed to get the ball out to Dan Robinson who went over for his second try of the afternoon in the corner. The conversion attempt went wide (44-10). Robinson was then replaced by Joel Mahoney. In the 70th minute Bedlinog’s blind side flanker Aaron Harris was sin-binned. Pooler then made their final change with Craig Price replacing Ollie Drake at tight head prop. A couple of minutes before the final whistle Pooler replacement second row Rhodri Jones was yellow-carded for a high tackle near the half-way line. Final score – Pontypool 44 Bedlinog 10.

This was a good win for Pooler against a Bedlinog side which tackled well and never gave up. Both sides played some good rugby in an enjoyable game. Next Saturday Pooler will make the long journey west, to Lewis-Lloyd Ground to take on Narberth in a mouth-watering top-of-the-table clash, kick-off 2.30pm. The following weekend Pontypool welcome Premiership side Carmarthen Quins to Pontypool Park in the second round of the WRU National Cup.

The proceeds of this game went to Talywain RFC and the Scott Bessant Fighting Fund, a former rugby league player who represented Wales Dragonhearts at full back.He was found in a lane in Abersychan in August with life-changing injuries.Around £2,000 of club money and the fund was stolen from Talywain RFC in recent days and it was announced that Pontypool RFC would donate the ticket sales to the fund and Talywain RFC.£1,495 was raised in ticket sales, £100 in donations and a further £100 was generously given by the Bedlinog RFC squad, so in total £1,695 was raised.