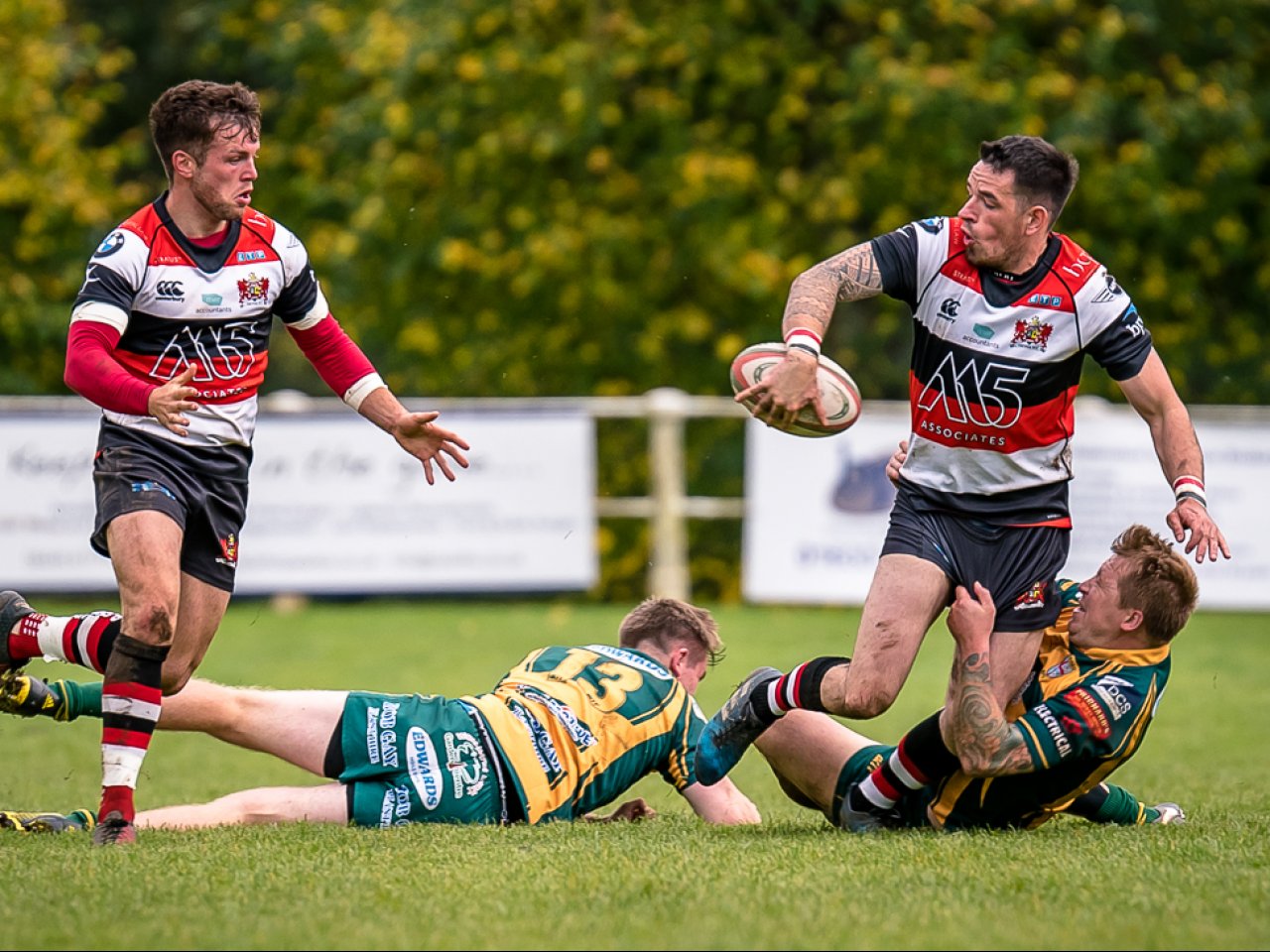 For Pontypool’s first league game in five weeks, they made the journey to Mount Pleasant Park to face Beddau in the WRU National Championship and came away with a deserved bonus-point win to keep their 100% league record in tact, writes Ray Ruddick. Pooler have now won all 15 league matches, only dropping two points in the process and are 17 points ahead of second-placed Tata Steel.

It was a fine afternoon in Beddau as Pontypool kicked off playing towards the changing room end of the ground on a heavy pitch. In the 11th minute and after a mix up in the Beddau defence, visiting centre Joel Mahoney picked up the loose ball and the young centre crossed for a try under the posts, converted by outside half Kieran Meek (7-0). 22 minutes later Beddau were on the attack inside Pooler’s 22 and moved the ball right, only for Pooler’s left wing Owen Williams, making his debut, to intercept and sprinted 80 metres to score a try under the posts, again converted by Kieran Meek (14-0). Owen is the third brother to play for Pontypool following in the footsteps of Gareth (2008-2012) and Mark (2009-2010).

In the second minute of injury time at the end of the first half, the Pontypool pack’s impressive and powerful 25-metre driving maul resulted in a penalty try, a straight seven points, when Beddau’s loose head prop Ben Stephens collapsed the maul and was yellow-carded. Half time score – Beddau 0 Pontypool 21.

In the sixth minute of the second period Pooler took play into the home 22, the ball was recycled and went left for Owen Williams to score his second try of the afternoon. The conversion was missed (26-0). Then in the 52nd minute Pooler’s scrum half Aaron Quick, who had taken an earlier knock, was replaced by Martin Luckwell and three minutes later Pontypool’s hooker and captain-for-the-day Ben Parry made way for Lewis Ball.

In the 57th minute Beddau were in possession just inside their half when Pooler No 8 Ben Sparks intercepted a pass and sprinted 55 metres to score an unconverted try, 5 metres in from the right corner (31-0). Four minutes later Lewis Ball was sin binned for a deliberate knock-on, on Pooler’s 22 as Beddau moved the ball left.

Then, with the game approaching the last 10 minutes, Pooler made further changes when Callum Davies replaced Ben Sparks, Ryan Harford came on for Craig Price at tight head prop, Mike Herbert was temporarily replaced by Ben Parry as front row cover for the yellow-carded Lewis Ball and finally Mathew Jones replaced Owen Williams with Jordan Thomas moving to wing and Matthew Jones going to full back.

With the last play of the game, Pooler scored their sixth try when, after another driving maul, flanker Craig Attwell got the touch down near the left corner. Matthew Jones added the extras with a superb kick from the touchline. Final score – Beddau 0 Pontypool 38.

This was another solid performance by Pontypool with good forward play, backs which looked dangerous at times and the defence was particularly strong. This all bodes well for Pontypool’s next match and probably their toughest of the campaign so far, when they visit The Wern on Saturday 3 March 2018 in the quarter-final of the WRU National Cup to face the form team in Wales at the moment, Merthyr. The kick-off for this game will be at 2.45pm as it will be televised live on S4C. The last time Pooler visited The Wern on 3 October 2015 they gained a very good 20-13 victory. However Merthyr gained revenge when they won at Pontypool Park 33-13 on 18 March 2016. Pooler’s The next home league game will be on Saturday 10 March when Tata Steel will be the welcome visitors to Pontypool Park in a mouth-watering top-of-the-table clash, kick-off 2.30pm.