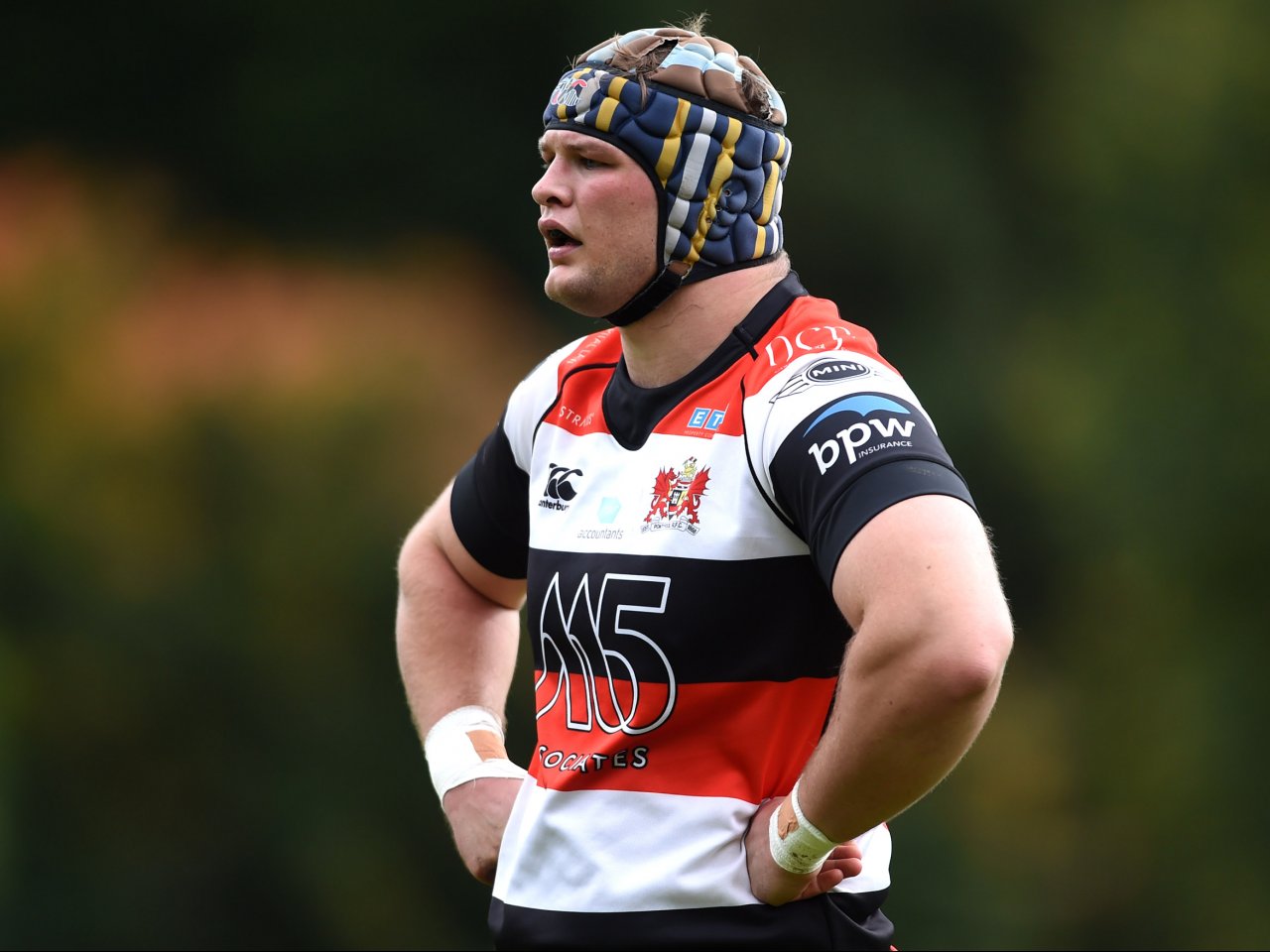 For their final home game of the season, Pontypool welcomed Newcaslte Emlyn on Saturday who made the long trip east, and the visitors came up against a Pooler team in great form, writes Ray Ruddick. It was a fitting game to sign off the season at Pontypool Park, on a fine afternoon with some cracking tries and, to their credit, Newcastle Emlyn never gave up and continued to play open rugby until the final whistle.

Newcastle Emlyn kicked off playing towards the scoreboard end of the ground on a heavy pitch. In the eighth minute the visitors struck the first blow with an unconverted try in the left corner by left wing Dan Davies (0-5). Four minutes later following a strong Pooler scrum inside Emlyn’s 22, outside half Kieran Meek put in a cross kick to the left corner. Left wing Jordan Thomas did well to gather the ball and keep it in play and managed to get his pass to the supporting Tom Hancock and the full back, making his last home appearance for the club, scored a try 15 metres in. Kieran Meek converted (7-5). With a quarter-of-an-hour gone home No 8 Cameron Watson-Boycott made a good break up the left flank and passed inside to Martin Luckwell. The scrum half then offloaded to Jordan Thomas and the youngster sprinted 30 metres to score a try under the posts. Kieran Meek added the extras (14-5).

On the half-hour mark Pooler were awarded a penalty near the uprights and elected to kick for the right corner. From the ensuing driving lineout, hooker Lewis Ball scored near the corner. Kieran Meek slotted a fine conversion (21-5). Three minutes later Newcastle Emlyn were in possession near the 10-metre line but the ball went loose. Pooler centre Joel Mahoney kicked ahead and kicked again, eventually winning the race to the touchdown to the left of the posts. Kieran Meek landed the conversion (28-5). In the 39th minute play was inside Emlyn’s 22, the ball reached Kieran Meek who cross-kicked to the right corner and Tom Hancock took a great catch and managed to get the ball down for an unconverted try (33-5). In the second minute of injury time at the end of the first half, Emlyn’s left wing Dan Davies made a great run down the left and was rewarded with a well-deserved try in the corner. The conversion failed (33-10). Right on half time Pooler were awarded a penalty in front of the visitors’ posts. The home side opted for a scrum and the Pooler eight overpowered the Emlyn pack and the referee awarded Pontypool a penalty try and sin-binned Newcastle Emlyn flanker Stephen Leonard. Half time score – Pontypool 40 Newcastle Emlyn 10.

Seven minutes into the second period, Pooler made their first change when hooker Lewis Ball made way for Ben Parry. In the 57th minute there were uncontested scrums for the rest of the match. Then from a Pooler ball at the uncontested scrum inside Emlyn’s 22, the home side passed the ball out, recycled and centre Clayton Gullis came into the line at an angle and at speed to cross for an unconverted try 15 metres in from the right corner (45-10). Tight head prop Ollie Drake was then replaced by Ryan Harford, who was making his final club appearance at Pontypool Park. Rhodri Usher also came on for Jordan Thomas. In the 63rd minute Emlyn’s second row Haydn Baldwin was yellow-carded for an offence at a ruck inside Pooler’s 22. Three minutes later Pooler captain Rob Nash made way for Jordan Williams and Tom Hancock was replaced by Aaron Quick – Martin Luckwell moved from scrum half to right wing, Clayton Gullis from centre to full back, Marc Thorley from right wing to centre and Aaron Quick slotted in at scrum half.

In the 69th minute Pooler loose head prop Aaron Coundley made a break down the middle of the field inside the visitors’ half. He offloaded to Cameron Watson-Boycott near the 22 and the young No 8 passed to the supporting Ben Sparks, playing out of position in the second row, who scored a five-pointer under the posts, converted by Kieran Meek (52-10). Aaron Coundley then left the field and was replaced by the returning Lewis Ball. Eight minutes later Pontypool were on the attack again inside Emlyn’s 22. Ben Sparks shot out of a maul and galloped 15 metres to score a try under the sticks. Kieran Meek, once again, added the extras (59-10). After 78 minutes a Newcastle Emlyn player was tackled 35 metres from his goal line. Pooler’s outstanding flanker Mike Herbert picked up the loose ball and sprinted to the line to touchdown to the right of the posts. Kieran Meek converted (66-10). In the 82nd minute Cameron Watson-Boycott made a break, offloaded to replacement Jordan Williams near the visitors’ 22. Kieran Meek was then in possession and passed to Mike Herbert who powered his way over the goal line under the posts for the final try of the game. Kieran Meek kicked his eighth conversion of the afternoon. Final score – Pontypool 73 Newcastle Emlyn 10.

Pontypool march on with their 19th consecutive league win this season and now have 93 out of a possible 95 league points. Pooler have three re-arranged games left, all away. On Wednesday 11 April they make the trip to Tennant Park to take on Skewen, kick-off 7.15pm. Then on Saturday 14 April Pooler will pay their first-ever visit to Rhydyfelin (the ground is behind Hawthorn Leisure Centre), kick-off 2.30pm. The curtain will come down on another successful season with a long journey to the Lewis Lloyd Ground on Saturday 21 April to face Narberth in a mouth-watering top-of-the-table clash, again kick-off will be at 2.30pm.