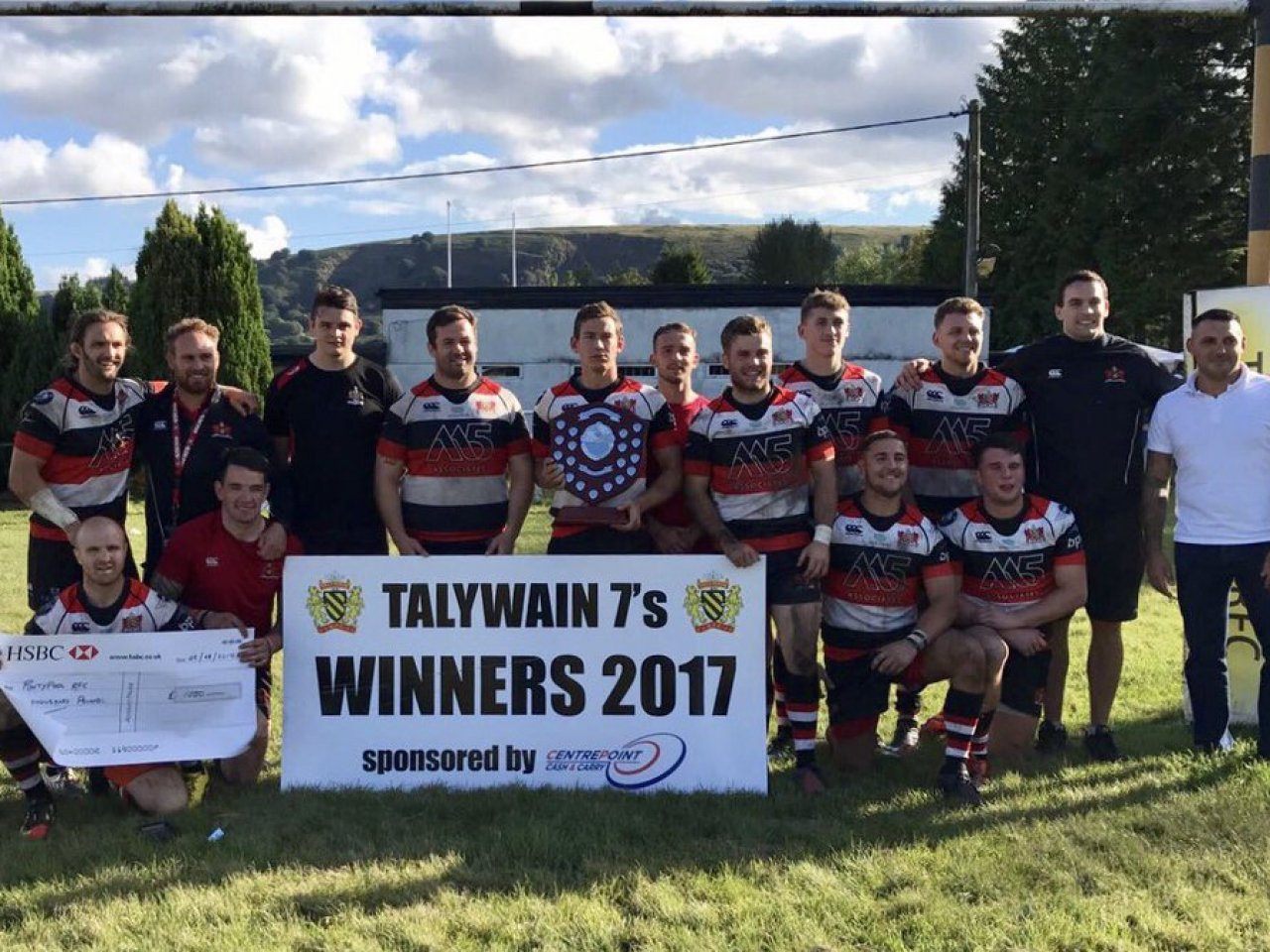 Pontypool start the season well with success at the Talywain Sevens

Ten teams competed in the Talywain Sevens at Emlyn Park, sponsored by Centrepoint Cash & Carry on Saturday, writes Ray Ruddick. It was Pontypool who ran out worthy winners with victory in each of their four group games before overcoming Pontardawe-based Ponty Butchers in the final.

Pooler started off with a 17-7 win over near neighbours Pontypool United in a close encounter. Then came an easy 37-0 win over the Wildcats and a narrow 14-0 victory over Whiteheads. In their last pool game, Pontypool beat Black Sheep 33-12 to book their place in the final.

Ponty Butchers accounted for Croesyceiliog 33-17 in their first match and followed up with a 47-12 success over Newport HSOB. In their final two group matches they gained easy wins over hosts Talywain 52-0 and Talywain Barbarians 49-0 to qualify for the final.

In the final, Pontypool went into half time 12-7 up with tries by Clayton Gullis and Martin Luckwell and a conversion by captain Tom Hancock. The second half saw Pooler score a further three unanswered tries by Curtis Gregory, Josh Malsom and Kieran Meek, with Meek converting one to give Pontypool a well-deserved 29-7 win.

Young Curtis Gregory and the experienced Tom Hancock caught the eye for Pontypool, as both played well throughout the tournament, but the man-on-the-tournament award went to their team-mate Martin Luckwell.

The compere for the day was the BBC Wales broadcaster Phil Steele.