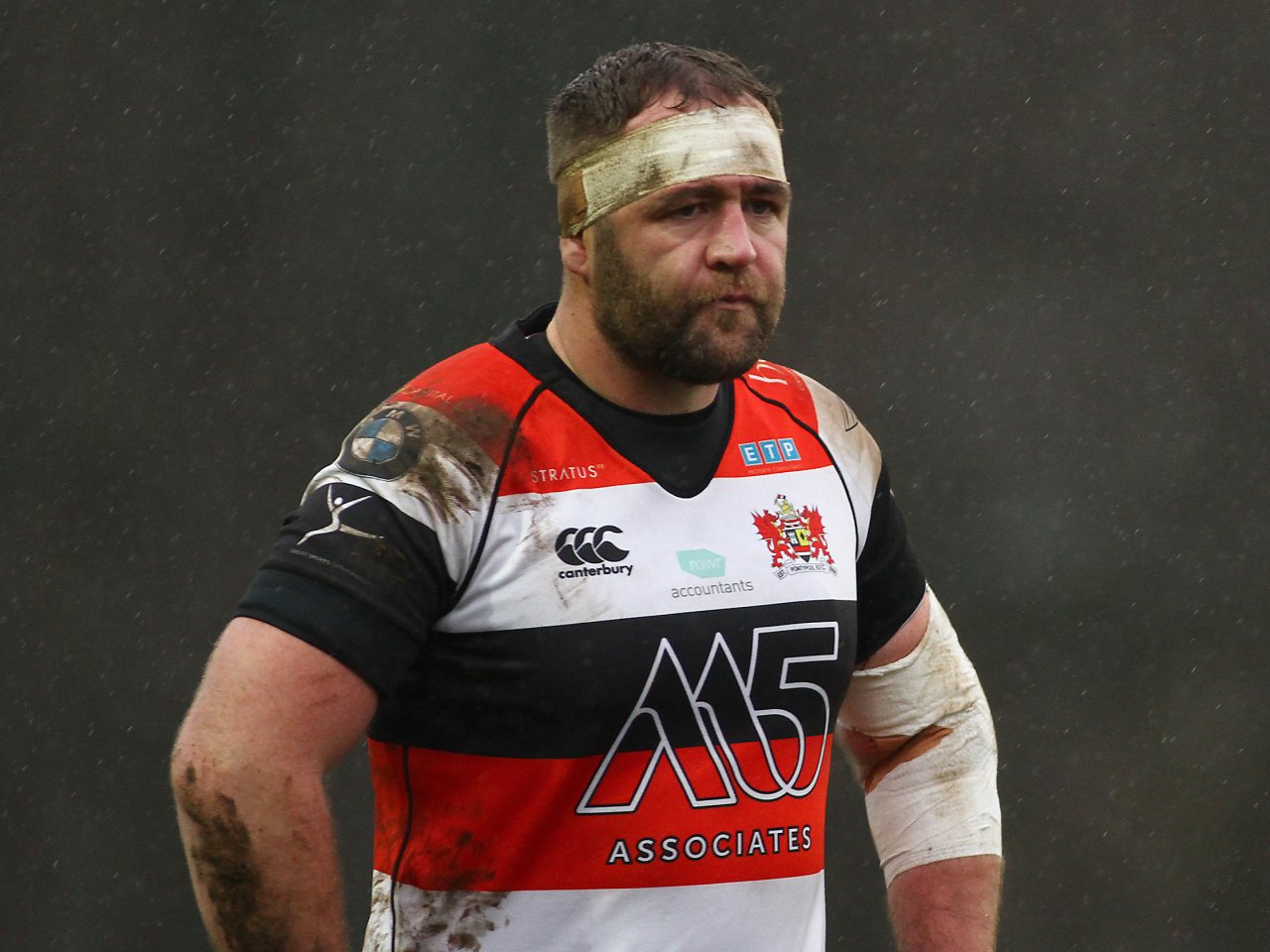 Another Premiership scalp in WRU National Cup for super Pooler

Having beaten Premiership clubs Llanelli and Cardiff in last season’s impressive WRU National Cup run, Pontypool added Carmarthen Quins to the list as Pooler were great value for this latest victory over a top flight club on a heavy pitch in front of a sizeable crowd at Pontypool Park, writes Ray Ruddick. The match was televised live on S4C.

Pontypool kicked off playing towards the scoreboard end of the ground. In the first minute Carmarthen Quins were penalised for going over at a ruck just outside their 22, 15 metres in from touch on Pooler’s right but the attempt at goal went wide. Twelve minutes later Quins were again penalised for kicking the ball out of a ruck in front of the posts on their 22 and home outside half Matthew Jones scored the first points of the afternoon with a successful kick at goal (3-0).

In the 27th minute Pontypool were caught offside near their goal line by the uprights and full back Steffan Marshall slotted the kick to bring the scores level (3-3). Five minutes later Pooler were on the attack and had a scrum close to the Quins goal line. The powerful Pooler pack shunted their opponents back and the visitors collapsed the scrum. Referee Dan Jones of Cardiff ran between the posts and awarded the home side a penalty try - a straight seven points, with no conversion attempt (10-3).

In the 34th minute Pooler were penalised for side entry to a ruck near their 10-metre line on Quins’s right. The visitors kicked for the corner, won the ensuing lineout and moved the ball left. It reached Steffan Marshall and he crossed for an unconverted try 10 metres from the left corner (10-8). Five minutes later Carmarthen Quins were caught offside at a ruck in midfield, 35 metres from their goal line. Pooler kicked for the left corner and, following a powerful drive by the home pack, Quins collapsed the maul just short of the line and Mr Jones awarded Pooler a second penalty try and yellow-carded hooker Torin Myhill. Half time score – Pontypool 17 Carmarthen Quins 8.

After 10 minutes of the second period Aled Shon James replaced Ifan Beynon-Thomas at scrum half for Carmarthen Quins. Just before the hour mark Quins were penalised for not using arms in a tackle inside their 22 to the left of the posts and Matthew Jones kicked his second penalty of the game to increase Pooler’s advantage (20-8). Midway through the second half there was a period of aerial tennis as both sides tried to gain territorial advantage.

Then came many changes on both sides in a fifteen-minute period – loose head prop Gethin Robinson was replaced by Steffan Phillips for the visitors; Jamie Jeune replaced hooker Ben Parry for Pooler; Dylan Wyn Morgans came on for centre Joshua Batcup for Quins; second row Rhodri Jones made way for Mike Herbert for the home side with Brendan Lampitt moving from flanker to second row and Herbert slotting in at flanker; Rhdori Brendan Clancy went on for hooker Torin Myhill and Lee Taylor replaced No 8 Richard Bloomfield for the visitors; Pooler’s scrum half Martin Luckwell was replaced by Aaron Quick; Nathan Williams came on for tight head prop Steffan Llyr Thomas and Gavin Thomas replaced outside half Iestyn Jac Wilson for the visitors.

In the 78th minute Carmarthen Quins were penalised for side entry to a ruck 10 metres from their goal line in front of the posts and Matthew Jones sealed victory for Pontypool as he scored his hat trick of penalties (23-8). As the game went into injury time, more changes took place with Craig Attwell replacing Brendan Lampitt for Pooler, Quins right wing Dale Ford made way for Matthew Owen; and the remaining replacements were for Pontypool - Ryan Harford replaced Ollie Drake at tight head prop; second row Jordan Williams made way for Richard East; left wing Rhdori Usher was replaced by Lewis Prothero and Lewis Ball came on for loose head prop Aaron Coundley. After 11 minutes of added time, the referee blew the final whistle and Pooler deservedly took the spoils in a tough cup encounter. Final score - Pontypool 23 Carmarthen Quins 8.

This was a very impressive performance in front of the TV cameras by Pontypool against one of the better Premiership sides. Every Pooler player deserves much credit as they march on to the quarter-finals for the second year running. They will be looking to go one better than last season when their run came to an end by Cross Keys at Pandy Park.