Tries by Shaun Pearce (1), Chris Banfield (1) and a penalty try. 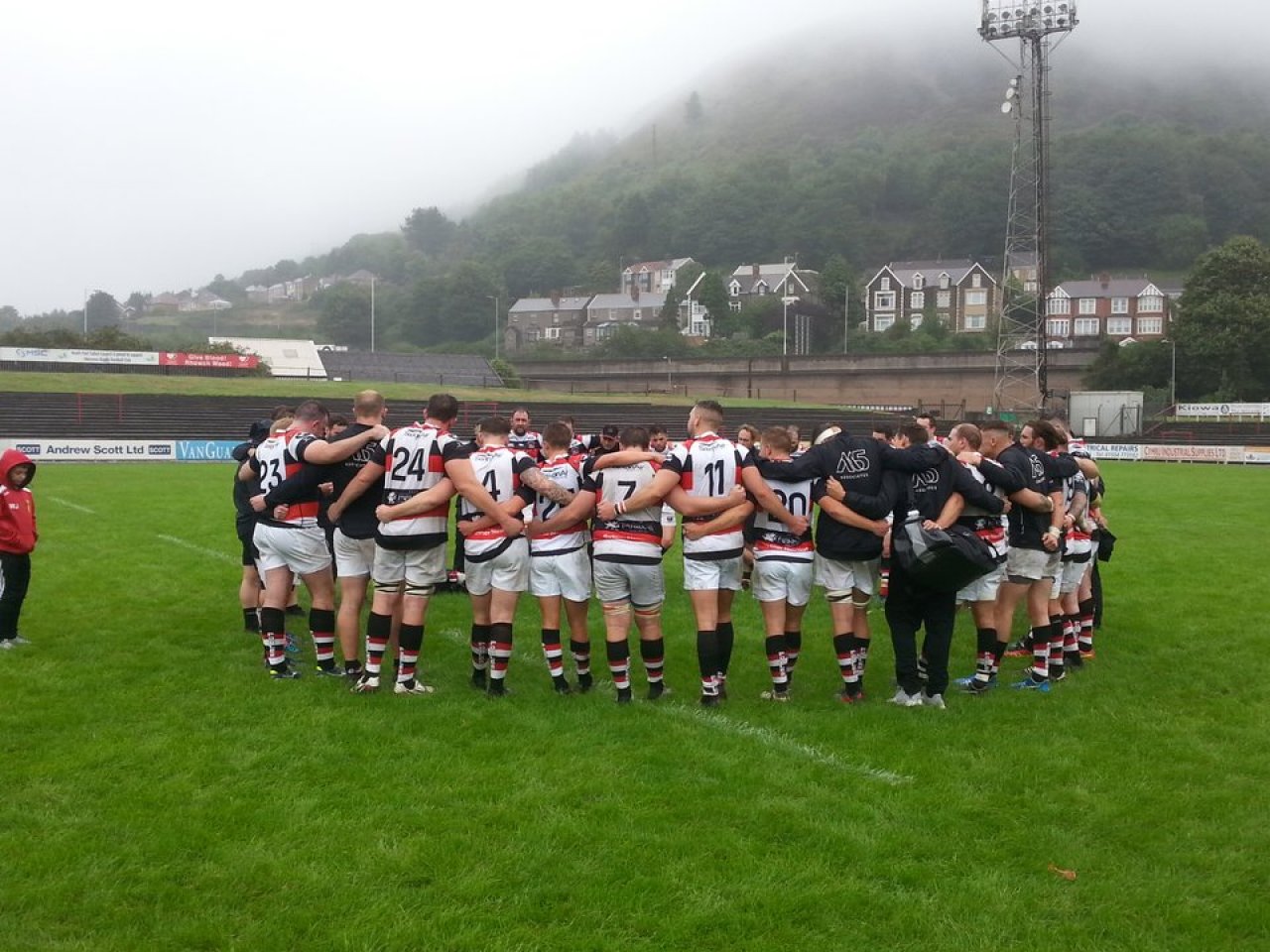 For the second of three pre-season friendlies, Pontypool travelled to the Talbot Athletic Ground to take on Premiership side Aberavon on a miserable, dull and overcast afternoon with rain falling throughout the match, writes Ray Ruddick.

It was a frustrating day for Pooler as they had no fewer than 4 players in the sin bin, 3 in the first half and conceded many penalties throughout the match. Aberavon's pack looked very strong as the Pooler eight had to dig deep and work very hard, so it was an uphill struggle for the Championship champions.

The Wizards kicked-off defending the scoreboard end of the ground. In the sixth minute Pontypool had a put in to a scrum near their goal line. The powerful home forwards drove their opponents back, the Pooler scrum broke up and the referee had no hesitation to run between the posts and awarded Aberavon a penalty try (0-7). From the scrum there was a skirmish and Pooler flanker Scott Matthews and Andrew Waite, the Aberavon No 8 were yellow-carded. Midway through the first half there was another clash in midfield with another double sin-binning – Aberavon outside half Stef Williams and centre Clayton Gullis of Pontypool.

Six minutes later Pooler won a turnover deep inside the home 22, the ball went left and wing Rhodri Usher squeezed in the corner for an unconverted try (5-7). In the 34th minute visiting scrum half Martin Luckwell was sin-binned for a late tackle near the touchline in front of the stand. Just before the interval, Pontypool had a scrum near their 22 on their right but was pushed off the ball by the home eight . The Wizards spun the ball right for wing Shaun Pearce to score an unconverted try in the corner. Half time score – Aberavon 12 Pontypool 5.

Aberavon struck early in the second half when they kept the ball alive with some good inter-passing which resulted in a try 5 metres in from the left corner by replacement full back Chris Banfield. The conversion failed (5-17). The visitors made a series of substitutions throughout the second half to gave game time to as many of the squad as possible. In the 52nd minute discipline was once again the issue for Pooler as right wing Jordan Thomas was yellow-carded for a late tackle in midfield.

With around 15 minutes to go, Pooler struck back with a powerful forward drive deep inside Aberavon's 22 on Pontypool's right. The visiting pack drove over the line and replacement hooker Alex Watkins scored a try which replacement outside half Kieran Meek converted from wide out (12-17). Pontypool were now back in the game and made a break out of defence late in the game but Aberavon got back and held out. Final score – Aberavon 17 Pontypool 12.

Aberavon looked the better side in a tough encounter and thoroughly deserved their win but credit to all the Pontypool players for hanging in there and they may have stolen the game near the end. Pooler will be disappointed with their discipline and this must be addressed before they final pre-season friendly next Saturday when they make the journey to The Gnoll to face Aberavon's fiercest rivals Neath, kick-off 2.30pm.