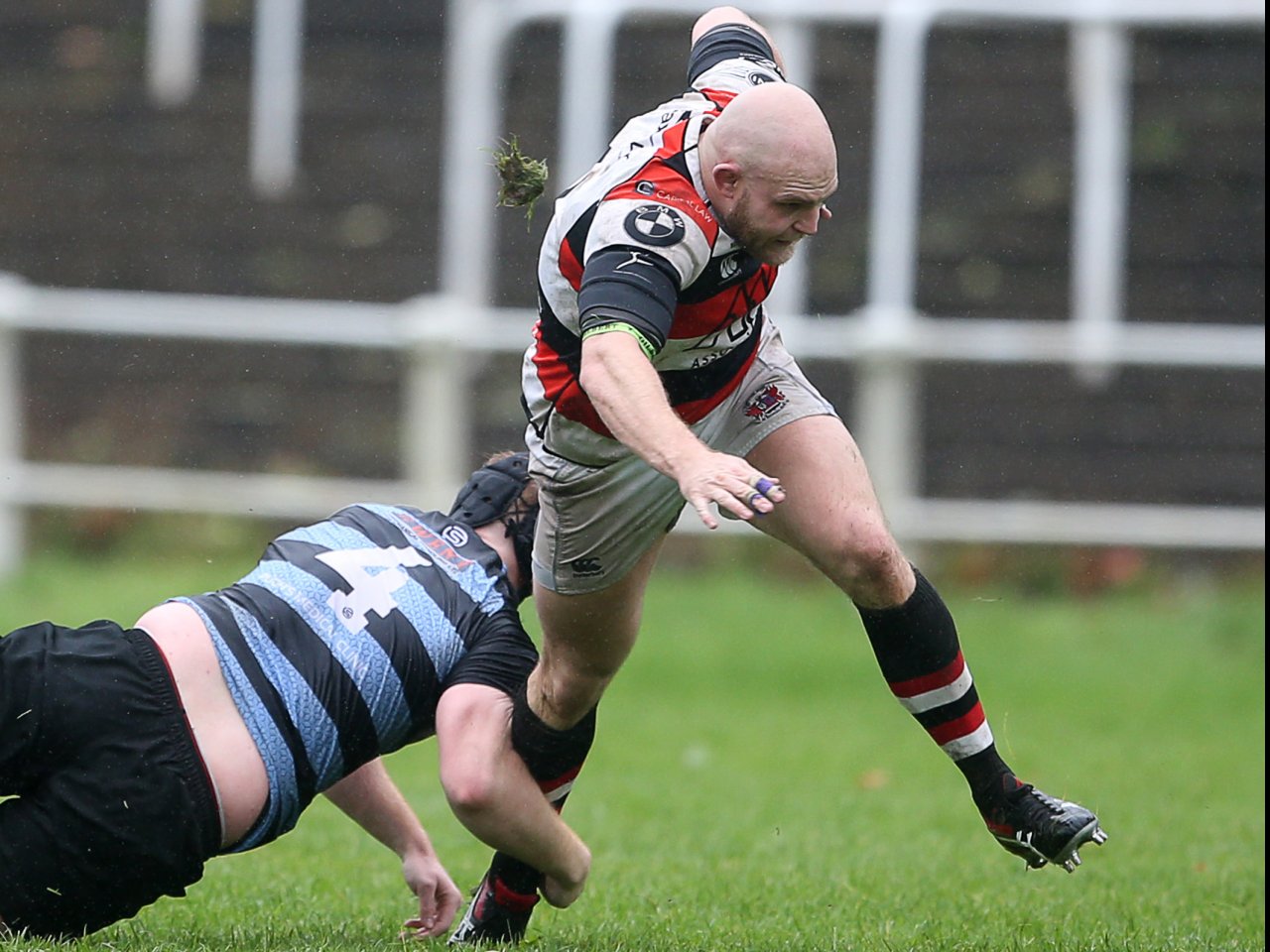 Pontypool made the trip to the Swansea Valley and Trebanos Park on Saturday in the WRU National Championship, with an earlier than normal kick off of 1.00pm as Wales were taking on Australia at the Principality Stadium later that afternoon at 5.20pm, writes Ray Ruddick. Heavy rain had fallen the previous day and on the morning of the match which put the game in doubt. However the match went ahead thanks to the ground staff at Trebanos RFC. The pitch and ball were heavy which made running rugby difficult so it was a battle up front and Pontypool shaded that contest.

Pontypool kicked off defending the car park end of the ground. In the fourth minute Pooler were penalised for side entry, 5 metres inside their half in midfield and home right wing Matthew Edwards slotted the kick to put his side into an early lead (0-3). Midway through the first half, Trebanos flanker Iwan Davies was sin binned for an infringement deep inside the home 22. Three minutes later Pooler’s powerful scrum put the hosts’ eight under pressure near Trebanos’ line in Pooler’s right corner and the referee ran between the sticks and awarded Pontypool a penalty try, one of three to be given in the match (7-3).

In the 36th minute and after a break in midfield, Trebanos took the lead with a try on the left by wing Sam Davies, converted by right wing Matthew Edwards (7-10). Three minutes later Pooler were exerting pressure near the home line when Pooler flanker Scott Matthews pick up the ball and barged over for an unconverted try wide out on the left. Half time score – Trebanos 10 Pontypool 12.

In the ninth minute of the second period, Pooler pressurised the home defence but Trebanos kept the Pontypool forward drives at bay. However the visitors put width on the ball, it reached right wing Lloyd Lewis and the young speedster squeezed in the corner for a try. Outside half Matthew Lewis kicked a fine conversion (19-10).

After 51 minutes, a Pooler driving lineout inside the home 22 took play to within a few metres of the Trebanos line. Hooker Ben Parry passed to Scott Matthews who then offloaded to Craig Attwell and the experienced flanker crossed for Pontypool’s bonus-point try. The conversion attempt went wide (24-10). Pooler centre Clayton Gullis then left the field and was replaced by Dan Robinson.

On the hour Pontypool second row Brendan Lampitt was sin binned for side entry at a ruck near Pooler’s line. Two minutes later Trebanos were on the attack and, as Matthew Edwards was about to go over for a try, he was high tackled by opposite wing Jordan Thomas. The official gave a penalty try to Trebanos and yellow carded Thomas (24-17).

In the 72nd minute Pontypool made three changes as Ben Parry made way for Lewis Ball, Ceri Morris replaced centre Kieran Meek and Ben Egan came on for Brendan Lampitt. Six minutes later, Pontypool were awarded a penalty just outside the home 22, to the right of the posts but the shot at goal went wide. However, back came the visitors, and the good run in midfield by second row Danny Hodge paved the way for a try near the left corner by Jordan Thomas. The conversion went just wide (29-17). Then, in the final move of the game, replacement scrum half for Trebanos, Tom Lucas, was high tackled near the Pooler line under the posts and Mr Cambourne awarded a second penalty try to the home side. He then blew the final whistle. Final score – Trebanos 24 Pontypool 29.

This was a hard fought win for Pooler in testing conditions against an impressive Trebanos side.It was Pontypool’s 34th consecutive league victory – an outstanding record. The nine victories this season have bagged 44 league points out of a possible 45. However, Pooler’s discipline is a little concerning, with another two yellow cards. This needs to be addressed before Pontypool’s next game on Saturday 24 November when they welcome the students of Cardiff Metropolitan University to Pontypool Park in a mouth-watering top-of-the-table clash. The kick off time will be announced later as it is the same day as the Wales v South Africa match at the Principality Stadium, which will kick off at 5.20pm.