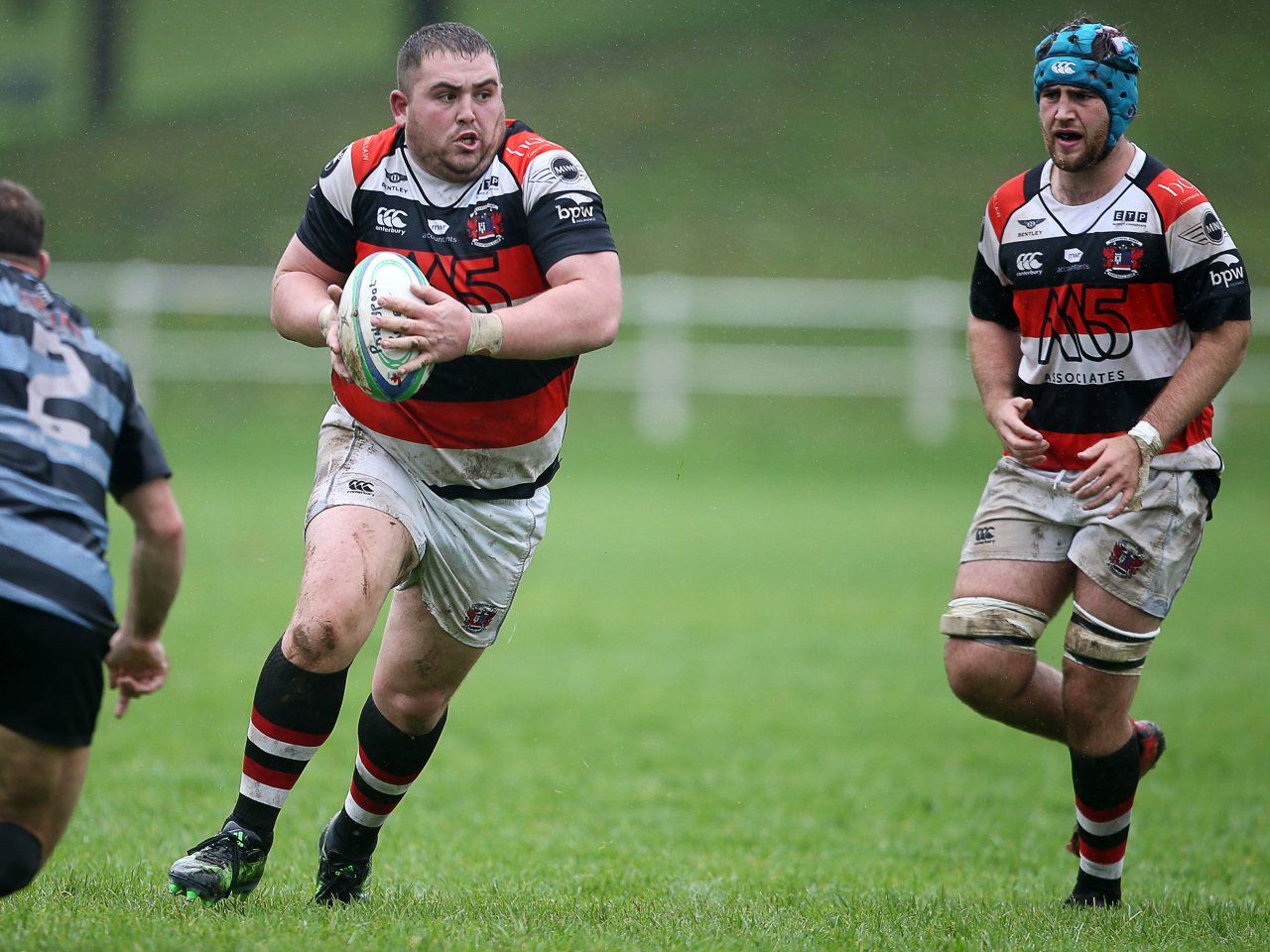 This WRU National Championship game was subject to a late morning pitch inspection at Pontypool Park as heavy rain fell on previous days as well as the morning of the match, writes Ray Ruddick. However, all was fine and the pitch looked in good condition, considering. The welcome visitors were Championship newcomers Ystrad Rhondda who are having a good season so far and in second place in the league table. Pooler recording their 11th straight win of the season in registering six tries against the men from the Rhondda in another impressive performance. Ystrad Rhondda never gave up, were 100% committed right to the end and scored a deserved consolation try just before the final whistle.

Ystrad Rhondda kicked off attacking the scoreboard end of the ground on a dull and wet Saturday afternoon. In the 7th minute Pontypool were awarded a penalty near the visitors’ 22 after the home eight destroyed their opponents’ scrum near Ystrad’s 22. Pooler kicked for the right corner and hooker Darren Hughes scored a try from a powerful driving maul. Outside half Matthew Lewis slotted a fine conversion from wide out (7-0). For most of the rest of the half there was not much to choose between these top two sides in the division. However, with the last move of the first period, and after a long period of pressure inside Ystrad’s 22, the ball eventually went right and reached Lloyd Lewis who managed to score an unconverted try in the corner. Half time score – Pontypool 12 Ystrad Rhondda 0.

The second half was less than two minutes old when Pooler struck again. The home side won a penalty at a scrum near Ystrad’s 22. They kicked for the left corner and, from the ensuing lineout and drive, second row Danny Hodge scored a try wide out. The conversion failed (17-0). Four minutes later good build up play by Pooler, with the ball going through several pairs of hands put Lloyd Lewis free on the right and scored the bonus-point try in the corner. The conversion attempt by Matthew Lewis struck the left upright (22-0). In the 56th minute Pontypool centre Kieran Meek took a player out off the ball in midfield near the home 22 and was shown the yellow card.

On the hour Matthew Lewis took a knock and was replaced by Ceri Morris in the Pooler backline and tight head prop Ollie Drake made way for Craig Price up front. Six minutes later Pontypool No 8 Ben Sparks was replaced by Rob Nash. With just over 10 minutes left on the clock, Pooler were in the ascendency and the pack drove Ystrad back in a controlled maul but Ystrad were guilty of collapsing just before their goal line and the referee ran between the posts and awarded the home side a penalty try and sin binned visiting flanker Jarrad Llewellyn (29-0). Then Lewis Ball replaced Darren Hughes in the middle of the Pooler front row, and Aaron Quick took over from Martin Luckwell at scrum half.

With a little over 5 minutes remaining Aaron Quick started a move near his 22 and a few seconds later, he was the player who finished it after a superb move, involving some wonderful handling, touching down to the right of the posts, which was easily the best score of the game. The conversion was missed (34-0). However, Ystrad Rhondda broke their duck in the 79th minute after some concerted pressure, testing the home defence, when replacement Kurtis Williams scored an unconverted try in the left corner. Final score – Pontypool 34 Ystrad Rhondda 5.

This was another good performance by Pontypool against worthy opponents. The pack led the way with a powerful display in which young second row Curtis Gregory shone and the backs produced some fine handling and a solid defence with young speedster Lloyd Lewis scoring another two tries out on the wing. Well done to Ystrad Rhondda who never gave up and provided Pooler with a tough game.

Pontypool’s scheduled league game at Tata Steel on Saturday has been postponed until towards the end of the season. So Pooler’s next game with be on Saturday 15 December when Beddau are the welcome visitors to Pontypool Park. The following Saturday (the Saturday before Christmas) Pooler will make the short journey to the Welfare Ground to take on traditional rivals and near neighbours Newbridge in what promises to be a keenly-contested derby. Both matches kick off at 2.30pm.