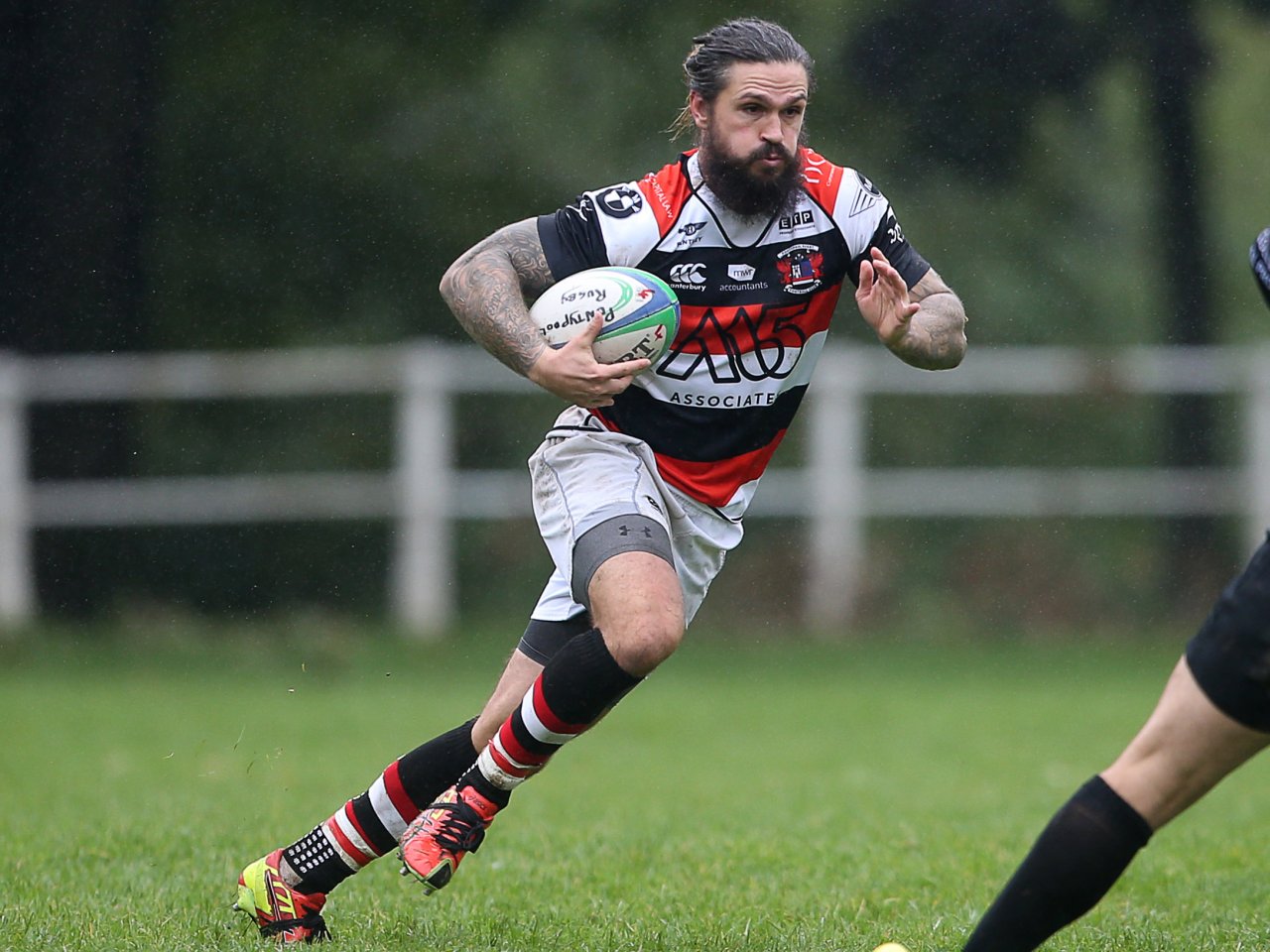 Veteran front rower Jamie Jeune made his 250 league and cup appearance for Pontypool in their 45th consecutive WRU National Championship win as they overcame a spirited Tata Steel outfit, writes Ray Ruddick. Tata played some good rugby but Pontypool held on for a deserved victory, having scored 6 tries to Tata’s 4, with both teams gaining a try bonus point.

Tata Steel kicked off attacking the cricket pitch end of the ground with a strong wind on a fine and sunny afternoon at Margam Sports Ground. Pontypool dominated territory and possession for the first twenty minutes but it remained scoreless. In the 21st minute Tata won a lineout on their right just outside Pooler’s 22. The ball reached outside half Lloyd Rogers who beat several would-be Pontypool tacklers to score an unconverted try 15 metres in from the left corner (0-5). Five minutes later, and after an altercation, home No 8 David Griggs and Darren Hughes, Pooler’s hooker were given 10 minutes in the sin bin. In the 27th minute Pontypool on the attack inside the home 22 and centre Kieran Meek dropped a goal from in front of the posts to register his side’s first points of the match (3-5).

In the 34th minute Pooler were putting the Saints’ defence under pressure inside Tata’s 22 and, after several drives towards the home line, visiting scrum half Aaron Quick dived over for a try in the right corner. The conversion failed (8-5). In the fifth minute of injury time at the end of the first period, Pooler were again on the offensive inside Tata’s 22 and the Pontypool pack drove their opponents back towards their line with flanker and captain Rob Nash crashing over for a try 10 metres from the right corner and home second row Huw Thomas was yellow carded. The conversion was missed. Half time Tata Steel 5 Pontypool 13.

At the start of the second period Gareth Maule was replaced by Marcus Jones who was making his Pooler debut, with Jones going on the left wing, Rhodri Usher to full back and Clayton Gullis to centre, and Alex Watkins permanently replaced Brendan Lampitt. In the 43rd minute and from a lineout deep in the Saints’ 22, Rob Nash scored his second try in the right corner after a powerful forward drive. Kieran Meek slotted a fine conversion from wide out (20-5). Three minutes later Tata hit back with a try under the posts by David Griggs, converted by Lloyd Rogers (20-12). Then in the 47th minute Kieran Meek, who had taken an earlier knock, was replaced by Martin Luckwell with more rejigging of the backs needed – Martin Luckwell slotted in at full back, Lewis Prothero moved into the centre Rhodri Usher back to the left wing and Marcus Jones on the right wing. Three minutes later and influential captain Rob Nash scored his try hat trick, and Pooler secured another try bonus point, after a strong run by tight head prop Harry Seward. The conversion failed (25-12).

On the hour mark Tata were in possession on their 10-metre line, going left, but a pass was intercepted by Marcus Jones and winger sprinted fully 40 metres to score a try under the posts. Outside half Matthew Lewis added the extras (32-12). After 67 minutes Tata scored their third try by centre Jack Brooks, converted by Lloyd Rogers (32-19). Two minutes later the Saints scored their bonus-point try through full back Geraint Llewellyn after some weak Pontypool tackling. This score was converted by Lloyd Rogers to put the hosts within six points of their opponents (32-26). In the 73rd minute Aaron Quick left the field and he was replaced by Dan Robinson who played his first game in five months after recovering from injury. Pooler’s backs were changed again with Martin Luckwell moving to his accustomed position of scrum half, Dan Robinson to his usual position of centre, Lewis Prothero went back on the wing and Rhodri Usher to full back again. In the 76th minute Pooler were in possession in the home 22 and after several forwards drove towards the line, Harry Seward barged over for Pooler’s sixth try near the posts. Matthew Lewis improved (39-26).

Then in the 80th minute Pooler hooker Darren Hughes left the field and he was replaced by the club’s current head coach Leighton Jones – 22 years after making his debut at Blackwood on 5 April 1997, as an eighteen-year-old, and almost 10 years since his last appearance for the club at Cross Keys on 5 September 2009. In injury time Tata's hooker was sin binned. Final score Tata Steel 26 Pontypool 39.

Both teams served up an entertaining game with ten tries scored. Matches between these two clubs are usually high scoring affairs and this game was no exception.

So many congratulations to Pooler front rower Jamie Jeune for clocking up 250 club appearances – a great achievement. Equally at home at loose head prop or hooker, Jamie made his debut in the home win over Llandovery 31-20 on 25 February 2005 and has scored 26 tries – an impressive record for a front row forward.

Pontypool will finish off the ‘normal’ league season with two home games. Rhydyfelin are the visitors to Pontypool Park on Wednesday 1 May with a 7.45 kick off. The final league game will be on Saturday 4 May when Pooler will entertain Trebanos, kick off 2.30pm. Then there will be the playoff against the 12th placed team in the Premiership in a one-off game at a neutral venue for the right to compete in the Premiership next season. As teams are still playing in the Premiership the opponents have yet to be finalised but it will be either Bedwas, Bridgend or Llanelli. The date and time have also not been decided yet.