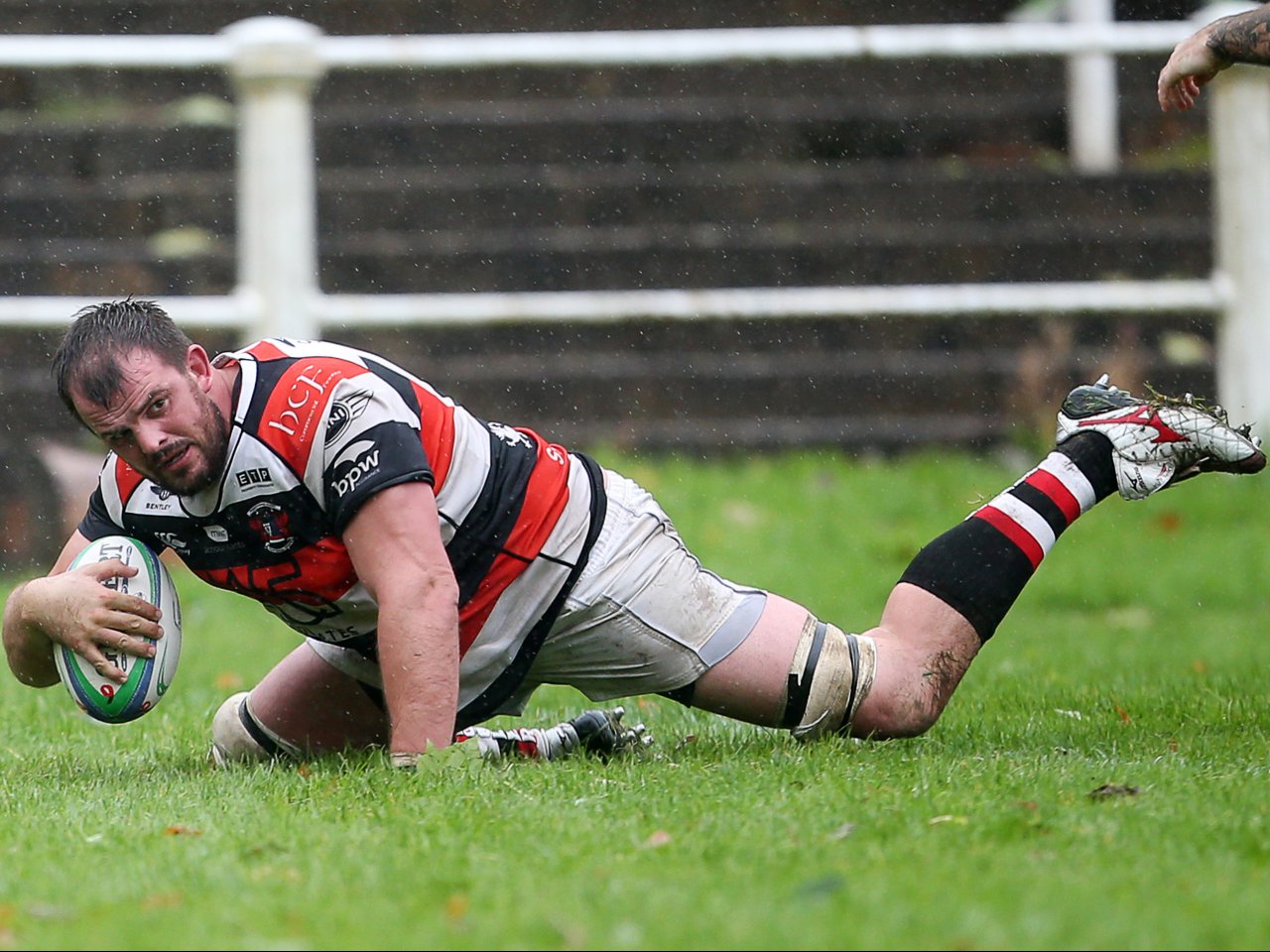 Matches between Newbridge and Pontypool are rarely tame affairs with pride and local bragging rights at stake, writes Ray Ruddick. This WRU National Championship match at the Welfare Ground was a typical clash of two proud clubs but Pooler’s greater skill came to the fore, scoring 8 tries in a runaway victory.

Newbridge kicked off attacking the school end of the ground on a fine afternoon. The pitch was in good condition considering the heavy rainfall of previous days. In the 7th minute Pontypool were penalised for dropping a scrum on their 10-metre line. Pooler’s loose head prop Jamie Jeune “questioned” the referee’s decision. Pooler were marched back 10 metres and Jeune was sin binned. The attempt at goal went wide. 12 minutes later a powerful break by visiting No 8 Ben Sparks took play into Newbridge’s 22 on Pooler’s left. The ball was recycled and went right for wing Lewis Prothero to score a try in the corner. The fine conversion was kicked by outside half Kieran Meek (7-0).

In the 25th minute from a driving maul after a lineout win near the home goal line, scrum half Martin Luckwell scored an unconverted try (12-0). Four minutes later Pooler applied pressure on the Newbridge defence deep inside the home 22 and tight head prop and captain-for-the-day Ollie Drake drove his way over the line for a try. Kieran Meek added the extras (19-0). In injury time at the end of the first period, play was inside Pooler’s 22 and visiting No 8 Ben Sparks was yellow carded following a lineout. Half time score – Newbridge 0 Pontypool 19.

In the seventh minute of the second period Jamie Jeune was replaced by Aaron Coundley in the Pooler front row. In the next move Pooler scored their bonus-point try when left wing Jordan Thomas was put clear by full back Geraint Walsh after the ball had travelled through several pairs of hands. The conversion attempt stuck the right upright (24-0). In the 57th minute Pooler struck again when, after some good handling, centre Joel Mahoney offloaded to Lewis Prothero who then passed inside to Jordan Thomas for the youngster to score his second try of the afternoon. Kieran Meek slotted the conversion (31-0). Visiting hooker Darren Hughes was then replaced by Ben Parry. Then, on the hour mark Pooler made two more changes when Clayton Gullis took over from Geraint Walsh at full back and the impressive Danny Hodge made way for Rob Nash with Ben Sparks moving up to the second row and Nash slotted in at No 8.

In the 64th minute second row Richard East, who was prominent with several good runs, made a break down the middle of the field and took play into the home 22. He offloaded to the supporting Mike Herbert and the young flanker scored a try to the left of the posts. Kieran Meek converted (38-0). With just over ten minutes left to play. Pooler were awarded a penalty near the half way line. Martin Luckwell took a quick tap and passed to his fellow half back Kieran meek who then put Jordan Thomas free on the left and he scored his hat trick. Kieran Meek slotted the conversion which was his last action of the match as he was then replaced by Matthew Lewis (45-0). In the 78th minute Pooler were on the attack after Matthew Lewis made a break. He passed to Mike Herbert who then made the scoring pass to Martin Luckwell who registered his second and Pooler’s eighth try of the game. Matthew Lewis added two points. Final score – Newbridge 0 Pontypool 52.

This was another impressive performance by Pontypool as they dominated for much of the game. Again some well-worked tries were scored as Pooler are now playing with confidence and no little skill. This victory made 2018 an unbeaten year in the league with Pontypool winning all 22 games throughout the year.

Pooler’s next game will be on Saturday 5 January 2019 when they welcome Neath to Pontypool Park in the first round of the WRU National Cup. The next league game will be a fortnight later on Saturday 19 January when they make the long trip west to take on Narberth at the Lewis Lloyd Ground. Both matches kick off at 2.30pm.