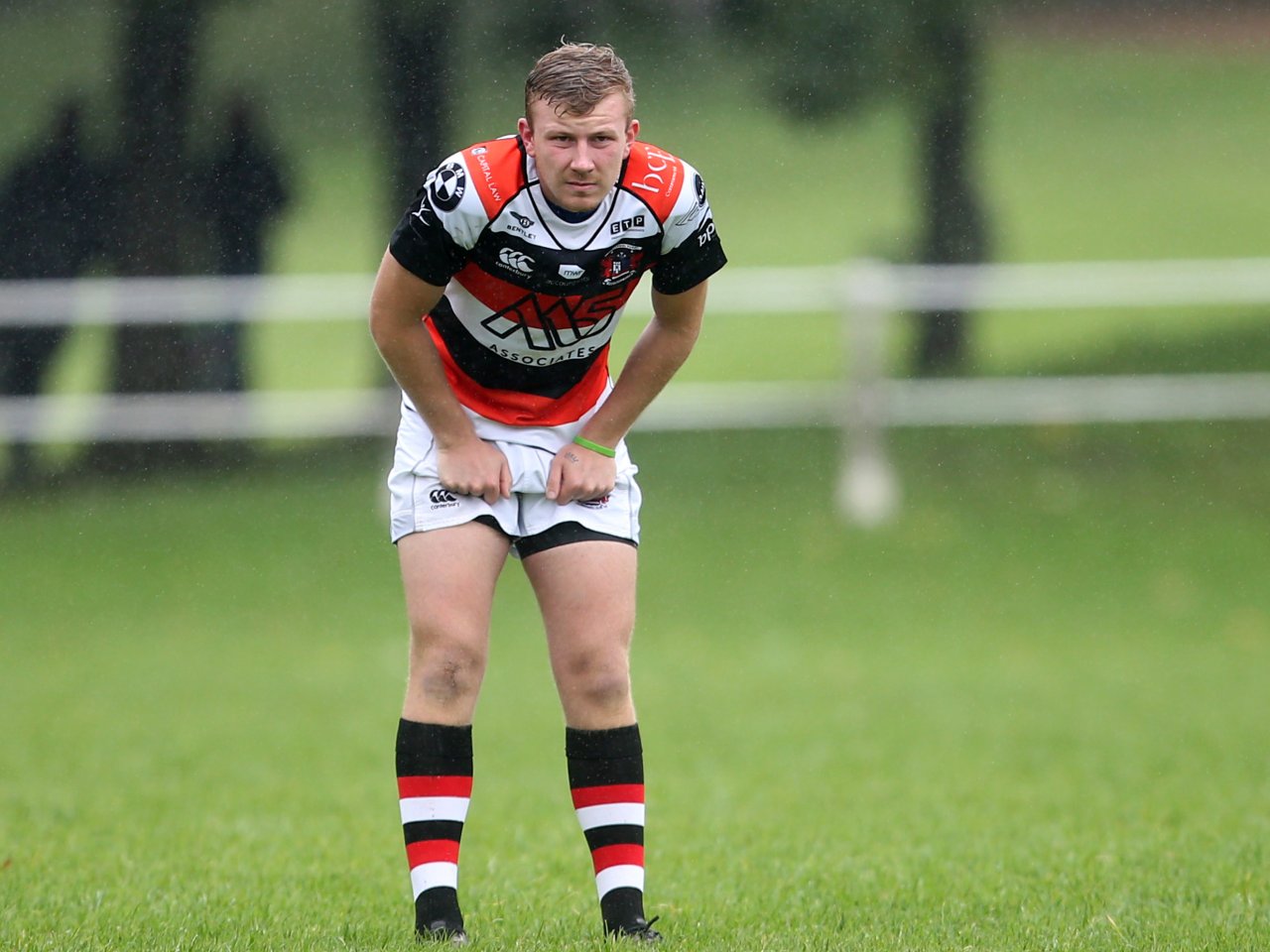 Pooler ease to victory after slow start against battling Bedlinog

After the disappointment of the narrow defeat by Merthyr in the semi-final of the WRU National Cup last time out, Pontypool were back in WRU National Championship action with the visit of Bedlinog to Pontypool Park on fine and dry but chilly afternoon, writes Ray Ruddick. Pooler were somewhat untidy in the first half but eased away in the second to secure their 43rd consecutive league win. Front rower Jamie Jeune was making his 249th league and cup appearance for Pontypool.

Pontypool kicked off attacking the scoreboard end of the ground. There was nothing in it in the first quarter of an hour but in the 16th minute the visitors opened the scoring with an interception try by right wing Dan Parry after Pooler had been on the attack between Bedlinog’s 10-metre line and 22. It was Parry who kicked the conversion (0-7).

However, eight minutes later Pooler replied. After a period of sustained pressure inside the Foxes’ 22, the ball went right and No 8 Brendan Lampitt took a pass from Clayton Gullis and barged his way over for a try 10 metres in from the corner. Kieran Meek slotted the conversion (7-7). In the 35th minute Pooler went into the lead when they broke from their half and, several passes later centre Joel Mahoney managed to control the ball enough to touch down for a try, 15 metres in from the right corner. The conversion failed. At the end of a frustrating first half the score was Pontypool 12 Bedlinog 7.

The visitors made a great start to the second period when Dan Parry scored his second try of the afternoon in the right corner after Bedlinog broke from their half. Parry again converted to put the Foxes back in the lead (12-14). In the 44th minute tight head prop Craig Price made way for Ollie Drake for the home side. Four minutes later Bedlinog skipper and tight head prop Nathan Huish was yellow carded for killing the ball, having been warned a little earlier. Pooler kicked for the left corner and from the driving maul, and the visitors down to seven forwards, flanker Mike Herbert scored 15 metres in from the corner. This score was converted by Kieran Meek (19-14). Alex Watkins then made way for Ben Parry in the middle of the Pooler front row and Scott Matthews replaced second row Danny Hodge with Brendan Lampitt moving up to the second row and Matthews went into the back row for the home side.

In the 56th minute Pontypool won a lineout near Bedlinog’s 22 and the Pooler pack drove their opponents back fully 15 metres and Lewis Prothero came in off his right wing to receive the ball off Kieran Meek to score the bonus-point try to the right of the posts which Meek duly converted (26-14).Then on the hour mark Pontypool won a lineout through Curtis Gregory inside Bedlinog’s 22. The Pooler forwards powerfully drove their opponents back and replacement hooker Ben Parry crashed over for a try to the right of the uprights. Kieran Meek added the extras (33-14).

Pooler made another replacement when local boy and former Scarlets and Bristol centre, the experienced Gareth Maule, made his Pontypool debut when replacing young centre Joel Mahoney. In the 68th minute the home side made their final change when Martin Luckwell made way for Aaron Quick at scrum half.

After 71 minutes a lovely break by Bedlinog full back Dylan Williams broke through the Pooler defence and scored a well-deserved try under the posts which he converted (33-21). The final score of the match came in the seventh minute of injury time when Pooler gave the ball some air and kept it alive well. Left wing Rhodri Usher benefited from some good passing to touch down in the corner for an unconverted try. Final score – Pontypool 38 Bedlinog 21.

It was a disappointing first half with both sides making too many errors. However, the second half was a different story as the teams provided some good rugby and several impressive tries were scored. Bedlinog deserved something out of the game that their efforts deserved but it was not to be.

Pontypool’s next game is on Saturday when this fixture is reversed and Pontypool make the trip to the Recreation Ground to face the Foxes again for the second time in eight days. The following week (Saturday 27 April) Pooler are on the road again, this time to Margam Sports Ground to take on Tata Steel. Both matches kick-off at 2.30pm.