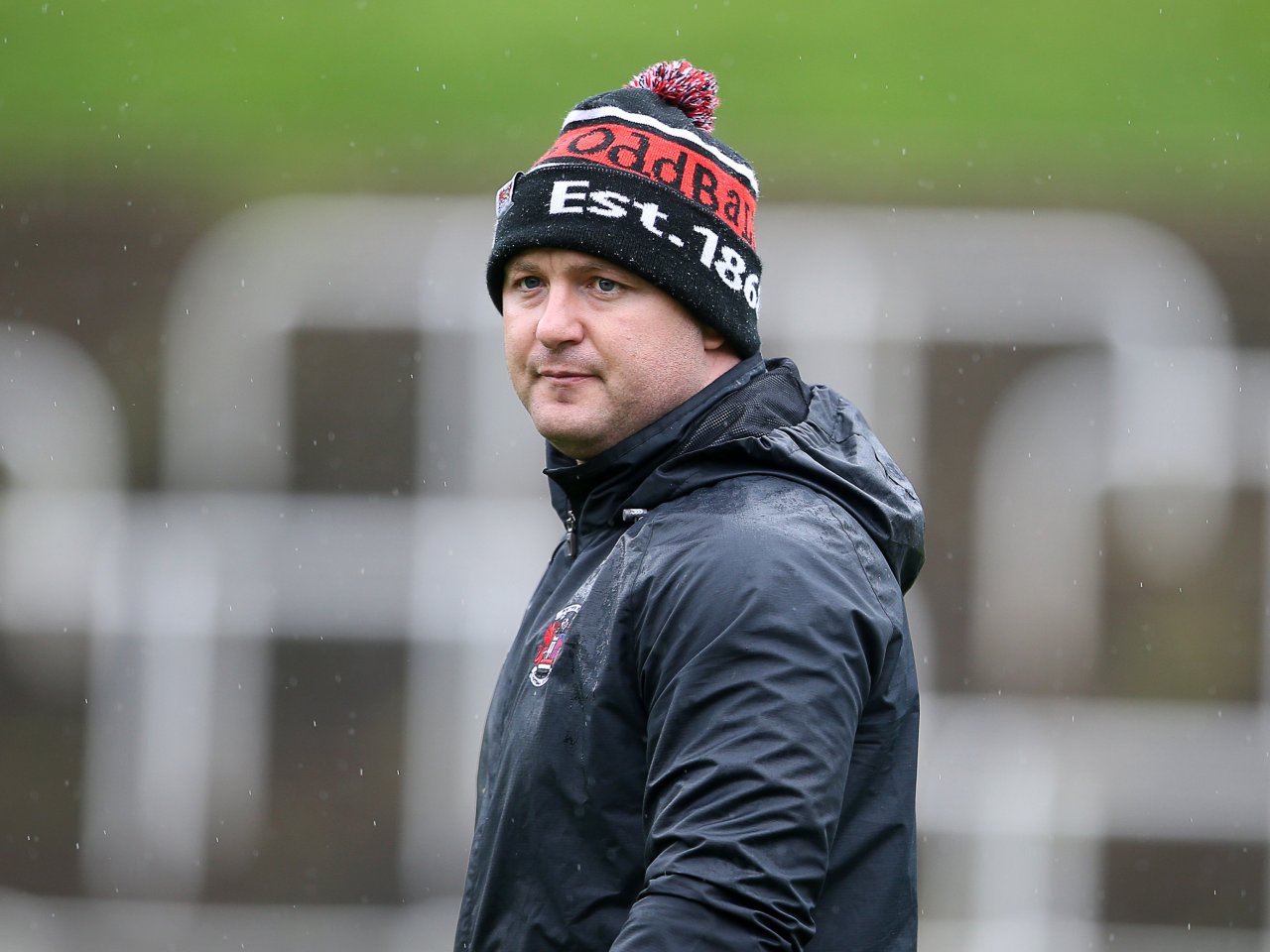 Pontypool made their first-ever visit to South Parade Playing Fields on Saturday when they took on Maesteg Harlequins in the WRU National Championship, writes Ray Ruddick. The first meeting of the two clubs took place earlier this season at Pontypool Park when Pooler overcame their visitors 39-13 on 27 October but this was a much closer affair. In a game of no less than six yellow cards and plenty of incident, but not much rugby it has to be said, it was a frustrating and poor game.

Maesteg Harlequins kicked off attacking the changing rooms end of the field, with the wind, on a fine and dry afternoon. In the fifth minute Pontypool were penalised at a maul 30 metres from their goal line in midfield. Full back Owen Howe kicked the goal to put the home side into an early lead (0-3).Seven minutes later the visitors were penalised at a ruck just inside the Quins’ half in midfield and Howe slotted a second penalty (0-6).Then in the 15th minute Ben Sparks took a lineout for Pooler on their right inside the home half, and offloaded to scrum half Martin Luckwell. Luckwell passed to outside half Matthew Jones and he put in a long pass to Geraint Walsh who came into the line from full back who then released Jordan Thomas on the left wing. The youngster sprinted 20 metres to score an unconverted try in the corner (5-6).

In the 22nd minute Quins outside half Lee Ronan and Pooler’s captain Rob Nash was sin-binned after an altercation near the half way line. Eleven minutes later, Pooler were on the attack inside Quins 22.The ball went right and reached Lloyd Lewis out wide and the young winger squeezed in the corner for a try. Matthew Jones kicked a fine conversion (12-6).In the 36th minute Pontypool scored again with Jordan Thomas entering the line at pace and at such an angle that took him over the goal line to score his second and Pooler’s third try of the afternoon. Once again Matthew Jones added the extras (19-6).In the fourth minute of injury time Pontypool’s flanker Brendan Lampitt was sin-binned for an offence at a ruck near the Pooler line. Quins No 8 Mike Owen retaliated and he was yellow-carded as well and the penalty reversed. Half time score – Maesteg Harlequins 6 Pontypool 19.

In the third minute of the second half visiting right wing Lloyd Lewis took a knock to the shoulder and he was replaced by Clayton Gullis. Geraint Walsh went out to the wing and Gullis slotted in at full back. Then Aaron Coundley made way for Jamie Jeune at loose-head prop for Pontypool. After 50 minutes, Pontypool were penalised at a scrum, 15 metres in from touch on the home side’s left, 30 metres from Pooler’s goal line and Owen Howe kicked another 3 points (19-9).

Just before the hour mark Scott Matthews replaced Rob Nash in Pooler’s back row. Then, soon after, Quins replacement Andrew Healy was yellow-carded for not retiring 10 metres after a penalty as taken quickly near the home line. After 62 minutes Ollie Drake came on for Craig Price at tight head prop for Pooler. In the 74th minute Quins tight head prop Dean Ronan saw yellow for an offence at a ruck near half way. Pooler’s final replacement of the afternoon was when Alex Watkins took over from Darren Hughes in the middle of the front row. It seemed that the referee blew up a little early at the end of the game. Perhaps he was fed up with the niggle, off-the-ball incidents and general nonsense, as he was expecting to referee a rugby match, but sadly not much of one broke out. Final score - Maesteg Harlequins 9 Pontypool 19.

This was not one of Pontypool’s better performances but their winning run in the WRU National Championship has now been extended to 41 games – a most impressive statistic. With this their 16th win this season, Pooler have extended their lead at the top of the table to 11 points with three games in hand over second-placed Ystrad Rhondda.

The league will take a back seat when Pontypool next take to the field as, on Saturday 23 March, Pooler welcome Premiership side Bridgend to Pontypool Park in the quarter-final of the WRU National Cup, kick-off 2.30pm. Pooler’s next league game will be the following Saturday when they make the trip to the capital city – to Cyncoed – to face Cardiff Metropolitan University, kick-off 2.30pm.