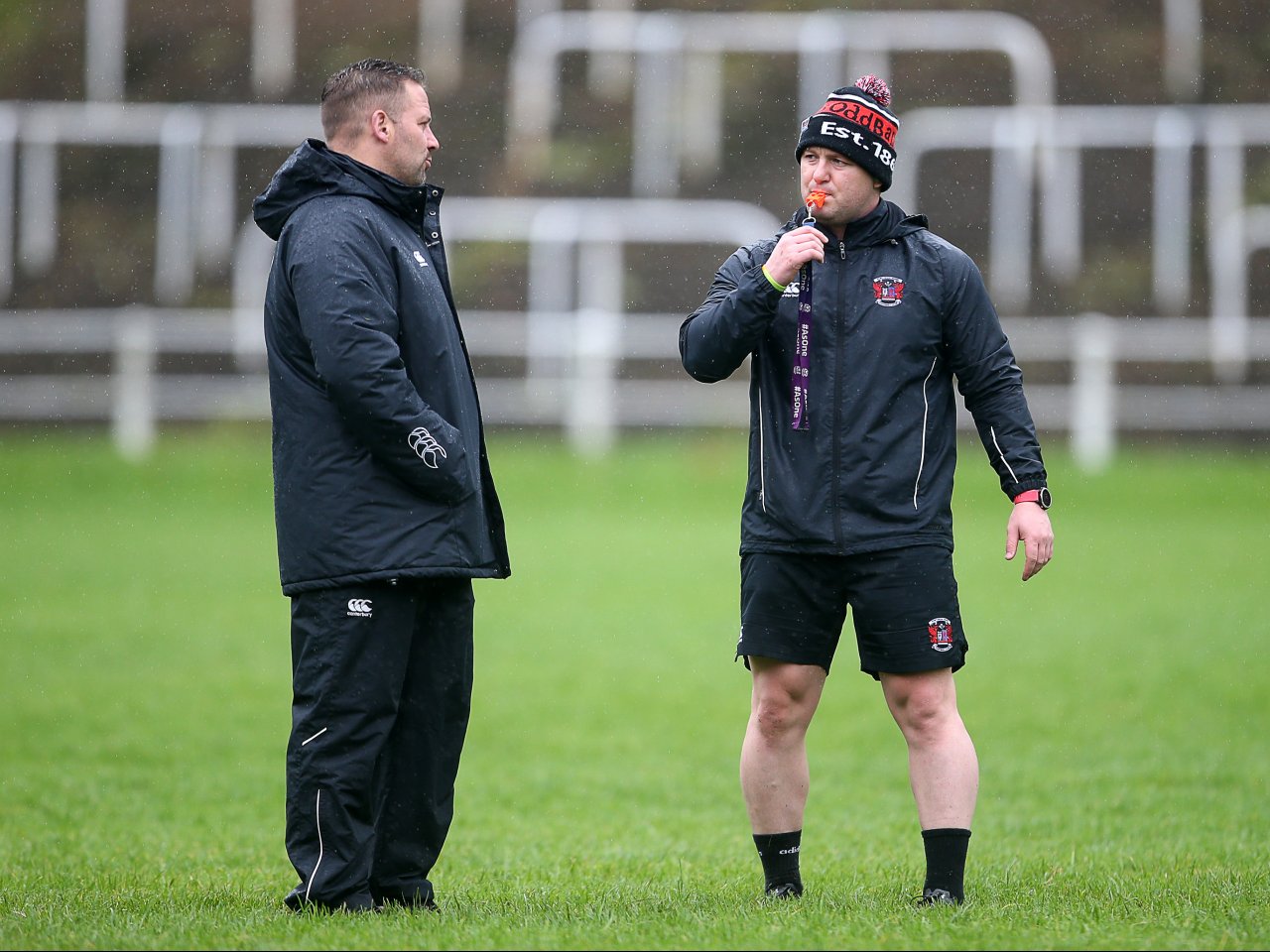 Last season Pontypool went through the season with a 100% league record and the question was, can they do it again this season, writes Ray Ruddick. The answer is an emphatic yes. Pooler have won the WRU National Championship for the past three seasons, having won all 33 home games and only lost one away game – to Cardiff Met (30-22) in March 2017. This victory over a good Trebanos side was Pooler’s 47th consecutive league win. These statistics show a phenomenal record of consistency and everyone involved at the club must be congratulated on these quite outstanding achievements.

For their final Championship game of the season, Pontypool welcomed Trebanos to Pontypool Park on a bright and sunny afternoon, with a chilly wind. Although Pooler ran out deserved 32-14 winners, Trebanos should be pleased with their performance. They played some attractive rugby and contributed to a very entertaining game.

Trebanos kicked off playing towards the scoreboard end of the ground. In the eighth minute play was in the Trebanos 22 on Pooler’s right and home captain-for-the-day, flanker Scott Matthews, broke off a maul to cross for a try 15 metres in from the corner. Kieran Meek kicked the conversion (7-0). After 23 minutes ‘Banos number 10 Lewis Humphreys made a lovely break to cut through the Pontypool defence. He offloaded to his fellow half back Robert Jones and the scrum half dotted down under the posts. Full back Luke Griffiths converted (7-7).

In the 34th minute Pontypool were on the attack inside the Trebanos 22 on Pooler’s right. The ball went left through several pairs of hands and young centre Joel Mahoney scored a try wide out. Kieran Meek added the extras with a fine kick (14-7). In the second minute of injury time at the end of the first period the visitors were guilty of holding on in the tackle, 35 metres from their goal line in midfield. Kieran Meek’s attempt at goal was successful so Pooler went into the interval 10 points to the good. Half time score – Pontypool 17 Trebanos 7.

In the first minute of the second half Trebanos reduced the deficit scoring a lovely try by captain and centre Steff Lewis after some good handling. Luke Griffiths again converted (17-14). In the 47th minute Pooler replied with a try by scrum half Marin Luckwell who was making his 50th league and cup appearance for Pooler, as he dived over from a ruck, 10 metres in from the right corner. The conversion failed (22-14). Joel Mahoney was then replaced by Clayton Gullis. Five minutes later Trebanos put a relieving kick into touch near the half way line. Pooler kept the ball alive with a quick throw in. Full back Geraint Walsh made a good run and passed out to the left to Clayton Gullis who got tackled short of the ‘Banos goal line. The ball was recycled, went right, and flanker Lewis Ball, usually a hooker, was on hand to score Pooler’s bonus-point try to the right of the posts. The conversion attempt failed (27-14). Second row Cameron Watson-Boycott, who had earlier taken a knock, was replaced by Curtis Gregory.

Pontypool made several changes in a twelve-minute period – Craig Price replaced tight head prop Ollie Drake (57th minute), Scott Matthews made way for Rob Nash (64th minutes) and Aaron Quick came on for Martin Luckwell (69th minute). Second row Danny Hodge took a blow to the hip and left the field. As Pontypool had used their allotted five replacements, they had to play the rest of the match with 14 men. Hodge was keen to go back on after several minutes but the Pooler coaching team told him to stay off. In the 8th minute of injury time at the end of an enjoyable game, Pooler were awarded a penalty near the visitors’ 22 on Pooler’s left. They kicked for the corner and from the ensuing driving lineout, Lewis Ball scored an unconverted try wide out for his second of the match. Final score – Pontypool 32 Trebanos 14.

Pontypool’s final match of another very successful season is the play-off against the 12th team in the Premiership for the right to compete in the top division next season, as four will be relegated automatically.The opponents will be either Llanelli, Bedwas or Bridgend.As it stands, Llanelli, currently in 11th place, have played 30, won 12 and have 63 points.Bedwas, in 12th place, have played 30, won 12 and have 62 points.Bridgend in 13th place, have played 29, won 11 and have 61 points.Both Llanelli and Bedwas have finished their fixtures and Bridgend’s last match will be against Pontypridd at Sardis Road next Saturday (11 May).The final placings will be determined on the number of league points first, then number of wins, then number of tries.The team that finishes in 11th place will survive and play in the Premiership next season, the team in 12th place will play-off against Pontypool.The winner of the play-off will play in the Premiership and the loser in the Championship next season.The team that finishes in 13th place will be relegated along with Cross Keys, Bargoed and Neath.The venue, date and kick-off time for the play-off have yet to be announced.