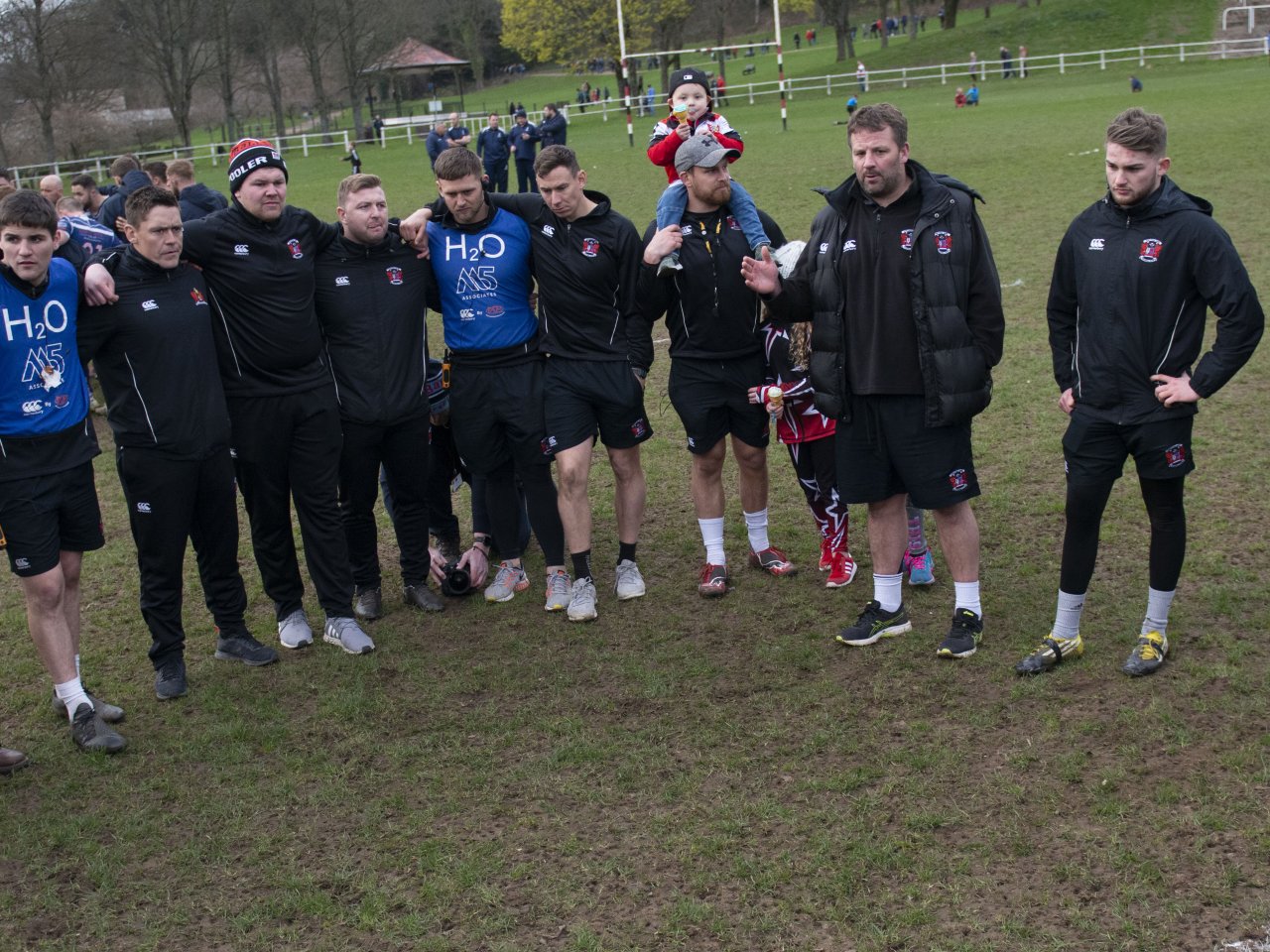 Pontypool took 100 minutes to overcome Premiership outfit Bridgend but Pooler were well worthy of their thrilling quarter final success, and take their place in the semi-final draw for the first time since 1991, writes Ray Ruddick. Bridgend is a very good side but it was Pontypool’s great defence that paved the way for them taking another Premiership scalp in the WRU National Cup. Pontypool have beaten Llanelli, Cardiff, Carmarthen Quins, Cross Keys and now Bridgend in the past three seasons.

Bridgend kicked off attacking the scoreboard end of the ground on a beautiful afternoon at picturesque Pontypool Park. Pontypool made a poor start when, in the first minute, they were caught offside 30 metres from their line and 15 metres in from touch on the visitors’ right. Outside half Jamie Murphy stepped up and slotted the shot at goal to put the Ravens into a very early lead (0-3). Soon after, home No 8 Ben Sparks needed treatment for a blood injury so he left the field and was temporary replaced by Brendan Lampitt. Midway through the first half Bridgend were penalised in midfield, 35 metres from their goal line and outside half Matthew Jones levelled the scores with a successful kick at goal (3-3).

In the 27th minute tempers flared deep inside Bridgend’s 22 on their right and, as a result Bridgend tight head prop Cai Lewis was sent off and Danny Hodge, the Pontypool second row and Jamie Murphy each received yellow cards. As the match entered injury time at the end of the first period, Pooler were guilty of not rolling away, 30 metres from their goal line and 20 metres in from touch on the Ravens' right but the attempt at goal went wide. Just before the half time whistle Pooler full back Geraint Walsh made a lovely break from midfield and took play into Bridgend territory and Pooler ended the half on the attack inside Bridgend’s 22. Half time score – Pontypool 3 Bridgend 3.

In the fourth minute of the second half, Pontypool kicked for the right corner following a penalty and from the ensuing lineout the Pooler pack drove their opponents back and flanker and captain Rob Nash came out with the ball and dived over in the corner for an unconverted try (8-3). On 51 minutes home loose head prop Aaron Coundley took a knock and was replaced by Jamie Jeune. In the 66th minute Bridgend were putting Pooler under pressure inside the home 22 and Pontypool flanker Scott Matthews was sin-binned.

In the 72nd minute Pontypool were on the attack near the Bridgend 22 and the referee was playing a Pontypool penalty advantage when Matthew Jones dropped a neat goal from 35 metres out to extend Pooler’s lead to eight points (11-3). However, the Ravens were not done and hit back almost immediately with an unconverted try in the right corner by replacement wing Aaron Grabham (11-8). Matthew Jones was injured during the lead up to the try and was replaced by Matthew Lewis. With two minutes plus injury time left Mike Herbert replaced Pooler skipper Rob Nash. Then in the 84th minute Pontypool were caught handling in a ruck in midfield, 30 metres from their goal line and Jamie Murphy brought the scores level again with another penalty goal (11-11). Pooler second row Curtis Gregory was replaced by Brendan Lampitt just before the final whistle and the game went into 10 minutes each way of extra time.

In the second minute of extra time Pooler were awarded a penalty at a scrum in front of Bridgend’s posts and centre Kieran meek slotted the goal (14-11). The in the final minute of the first half of extra time Pooler won a turnover in midfield near the visitors’ 22. The ball reached Kieran Meek who made a break, sold a dummy, glided over and ran behind the posts for a try which he converted to put Pontypool ten points clear (21-11). In the second period Pooler made further changes with Ollie Drake making way for Craig Price at tight head prop, Alex Watkins, normally a hooker replaced second row Danny Hodge. Watkins slotted into the back row and Ben Sparks moved up to second row. A little later Clayton Gullis came on for centre Joel Mahoney. With the game almost over, Pooler’s Mike Herbert was red carded, on the advice of the assistant referee, for throwing a punch. Final score – Pontypool 21 Bridgend 11.

It was a great cup tie in front of a crowd of over 2,000, with both sides giving total commitment. Pooler had to dig deep in what was a very tough and physical encounter to take the spoils. This was the fifth meeting of the two clubs in the Cup and Pooler now have three wins to Bridgend’s two. The other semi-finalists are Cardiff, Llandovery and Merthyr. Pontypool’s next match is on Saturday when they travel to the capital to take on the students of Cardiff Metropolitan University at Cyncoed in the WRU National Championship, kick-off 2.30pm.