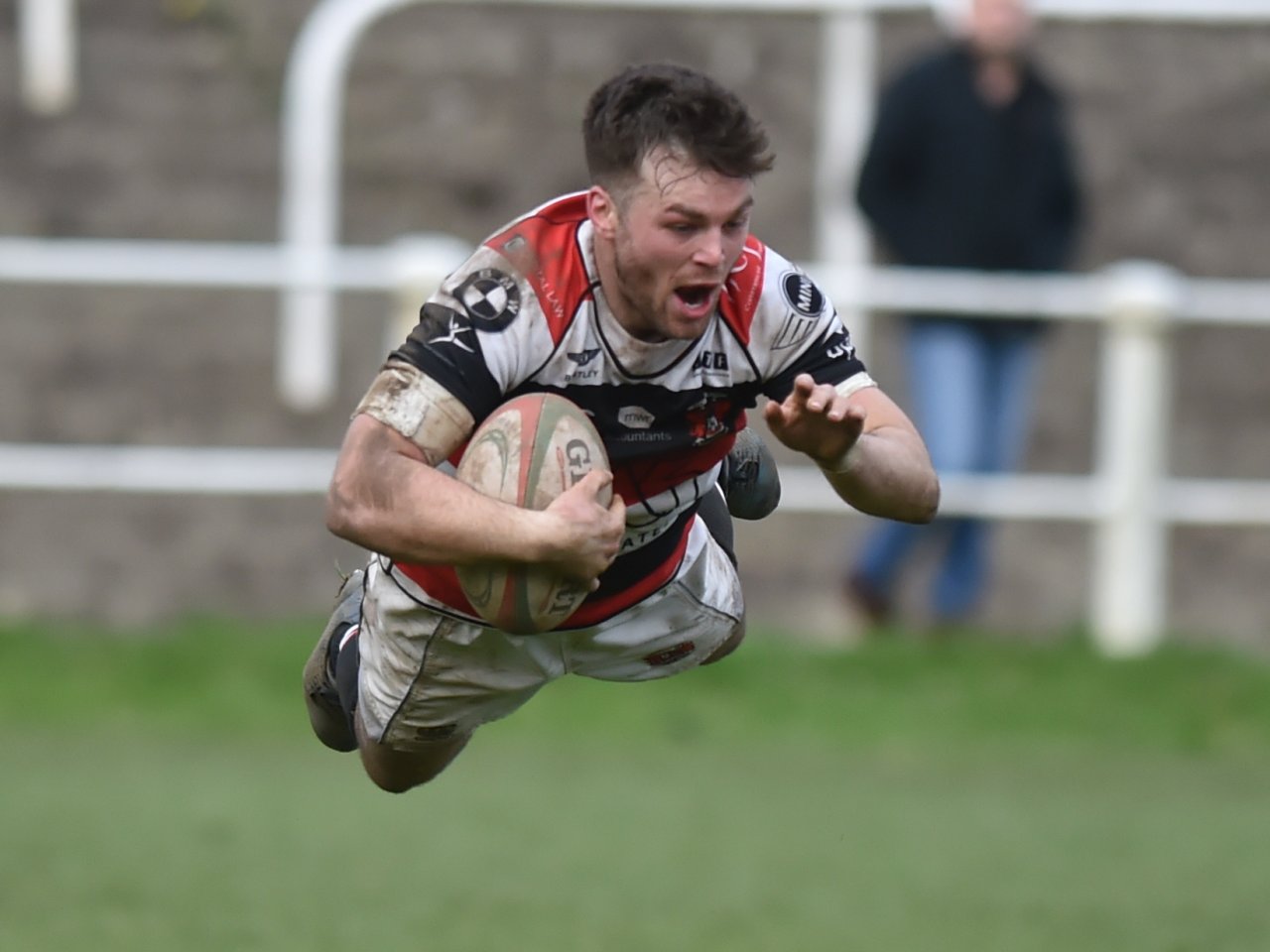 So near yet so far for proud Pooler

In what was a thrilling and compelling semi-final of the WRU National Cup at Eugene Cross Park in Ebbw Vale on Saturday evening , it was current Cup holders and Premiership champions Merthyr who narrowly defeated Championship winners Pontypool, but not before Pooler gave the Ironmen a fright in the second half, writes Ray Ruddick. The match was televised live on BBC Two Wales to see who would meet Cardiff in the final as the Blue and Blacks beat Llandovery 35-17 in the other semi-final played at The Gnoll, Neath in the afternoon kick-off.

Pontypool kicked off attacking the clubhouse end of the ground on a fine and dry but a little chilly late afternoon. In the first minute Merthyr were penalised for holding on, 35 metres from their goal line slightly to the left of the posts but the shot at goal went wide. On 5 minutes the Ironmen opened the scoring when left wing Teri Gee kicked ahead down their left flank and the ball bounced kindly for him to gather and cross for a try, 15 metre in from the corner. This score was converted by full back Matthew Jarvis (0-7). Ten minutes later Merthyr doubled their score. Pooler were penalised for collapsing a scrum on their 22. Merthyr kicked for the left corner and from the lineout, the Merthyr pack drove the Pooler eight back and prop James Howe scored a try. Matthew Jarvis added the extras (0-14).

This was not the start that Pontypool would have wanted but midway through the first period Pooler responded. Merthyr were penalised for holding on near half way. Pooler outside half Matthew Lewis put in a good touch finder to within 15 metres of their opponents’ goal line, on Pooler’s left. From the ensuing lineout and powerful drive by the Pontypool pack, flanker Scott Matthews scored an unconverted try near the corner (5-14). In the 34th minute Merthyr were penalised for wheeling a scrum, 30 metres from their goal line to the left of the posts and Matthew Lewis slotted the kick at goal (8-14). Soon after the Ironmen were punished for taking a jumper out while in the air at a lineout on their 10 metre line and Matthew Lewis kicked a fine goal to reduce the deficit to just three points (11-14). In injury time at the end of the first period Merthyr’s first try scorer, Terri Gee was shown the red card after the referee, Mike English, went to the Television Match Official to review possible foul play. Gee was guilty of using his forearm to the face of his opposite number Lloyd Lewis and received his marching orders. Lewis left the field, seemingly dazed, and was replaced by Rhodri Usher, who went to the left wing and Jordan Thomas swapped wings. Lloyd Lewis went to hospital after the game to be assessed. Half time score Merthyr 14 Pontypool 11.

In the 50th minute Merthyr gave away a penalty near their 22. Pooler kicked for the left corner and secured lineout possession. The Pooler pack again drove the Ironmen back, and with the referee playing a Pontypool advantage, Scott Matthews scored his second try of the match to the left of the posts which Matthew Lewis converted to put Pontypool in the lead for the first time (18-14). Nine minutes later Pontypool were guilty of side entry in front of their posts so up stepped Matthew Jarvis to kick the penalty, despite slipping as he kicked. Pontypool were now a point ahead at 18-17 so it was all to play for in the final quarter.

In the 62nd minute Pooler tight head prop Craig Price was replaced by debutant Harry Seward and four minutes later Pontypool flanker Mike Herbert gave way to Rob Nash and Clayton Gullis went on for centre Joel Mahoney, who took a knock. After 72 minutes Pontypool were penalised for a high tackle 10 metres in from Merthyr’s left touchline, 35 metres from Pooler’s goal line. But the attempt at goal went wide. Then, in the 77th minute, Pontypool were again adjudged to have tackled high just inside their half on Merthyr’s left. Matthew Jarvis struck the ball well and kicked a great goal to put his side back in front (18-20). Pontypool then emptied their bench and brought on fresh legs when Martin Luckwell replaced Aaron Quick at scrum half, second row Curtis Gregory made way for Brendan Lampitt and, in injury time, captain-for-the-day Aaron Coundley was replaced by Corey Hewlett and Alex Watkins came on for Darren Hughes at hooker. Merthyr managed to keep possession in the final couple of minutes and there was no further scoring so the semi-final finished Merthyr 20 Pontypool 18.

It was a great effort by the Pontypool players to have run Merthyr so close in this passionate cup tie. Perhaps a little lack of discipline at key moments cost them but who can criticise Pooler after putting in such a magnificent performance, and being a few minutes away from getting through to the final. To be disappointed to have lost to the best team in Wales shows how far Pontypool have progressed in recent seasons. It also indicates that Pontypool are a match for any Premiership club, home or away. In the last three seasons of the cup, Pontypool have beaten Premiership clubs Llanelli (away), Cardiff (away), Carmarthen Quins (home), Cross Keys (away) and Bridgend (home) and only losing to Cross Keys (away), Merthyr away last season and this semi-final at Ebbw Vale – a very proud record.

Next Saturday Pontypool return to WRU National Championship action when they welcome Bedlinog to Pontypool Park, kick-off 2.30pm. With five matches to go in the league, Pooler, who retained their Championship title after the narrow victory at Cardiff Met in their previous game, will be looking to finish their league campaign on a high before they go into the end of season play-off against the 12th placed Premiership side.