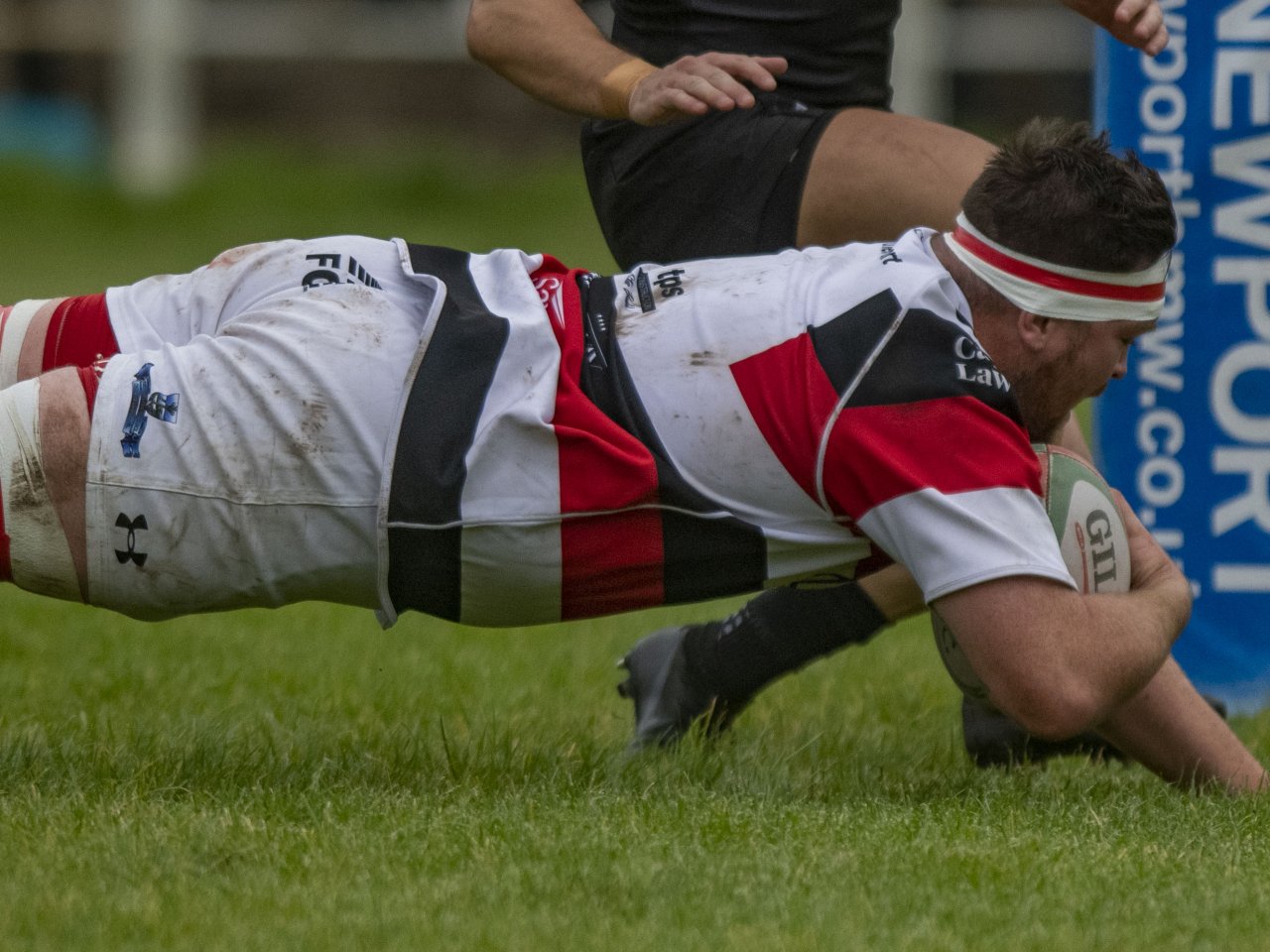 Pooler’s good work out over the bridge

For their first pre-season friendly, Pontypool travelled over the Severn Bridge to face Dings Crusaders, first the first time, at their very pleasant new ground, with excellent facilities just off the M32 motorway in Frenchay Bristol, Shaftesbury Park, writes Ray Ruddick. Dings play in Division Two South in the English pyramid, so effectively level four and provided their visitors with a tough encounter. Former Pooler player Elliott Goodman played for Dings. Both sides played some positive, attacking rugby and gave a sizeable crowd good entertainment on a wet and windy afternoon.

The game was split into three 30-minute periods with all the scoring coming in the first two periods. Pontypool kicked off attacking the motorway end of the ground. Pooler put their hosts under early pressure and that eventually told as, in the fifth minute, captain-for-the-day, No 8 Brendan Lampitt crashed over from close range, 15 metres in from the left corner. Outside half Matthew Lewis slotted the conversion to put the visitors seven points to the good. Ten minutes later Dings hit back with an unconverted try in the left corner by left wing Ben Robinson (7-5).

In the 18th minute Pooler took play into the home 22 and again put pressure on the Dings defence. The home side finally cracked as Pooler’s loose head prop Zenon Szwagrzak, the new recruit from Monmouth, bulldozed his way over for a try near posts. Matthew Lewis added the extras (14-5). Then in the 27th minute Pooler’s left wing Jordan Thomas was yellow-carded for holding back his opponent, without the ball, inside the visitors’ 22. At the end of the first session, Pontypool led 14 points to 5.

Ten minutes had elapsed in the second session when Pooler were awarded a penalty near the home 10-metre line. They kicked to the left corner and, from the resulting driving maul from the lineout, replacement flanker Rob Nash crossed for an unconverted try wide out (19-5). Then in the final minute of the second period, from a Pontypool attacking scrum five, replacement back rower Craig Attwell picked up and dived over for a try to the right of the posts. Clayton Gullis converted, which made the score 26-5 to the visitors.

The final period was split into two with each side having equal use of the strong wind. However, there was no more scoring as the sides seem to cancel each other out so the final score was Dings Crusaders 5 Pontypool 26.

This was a very good workout for Pontypool against a good Dings Crusaders outfit and it gave welcome game time to 28 members of the Pooler squad. Both clubs can take many positives out of this keenly fought, clean contest played in a good spirit. Pooler proved to be too strong for their hosts in the end but still had to work for their victory.

Pooler will be travelling along the M4 again next Saturday when they go to Reading, to take part in a rugby festival at Old Bath Road, home of The Rams RFC (formerly Redingensians). The festival gets under way at 1.00pm. There is no match for Pontypool on 24 August and then on Saturday 31 August, Kent side Canterbury are on tour in this area and will play Pooler at Emlyn Park, Talywain with a 2.30pm kick-off, as work is being done to the pitch at Pontypool Park. Canterbury gained promotion to National Division One for this season, beating Chester in the play-off so it will be a difficult match and a good test for Pontypool.