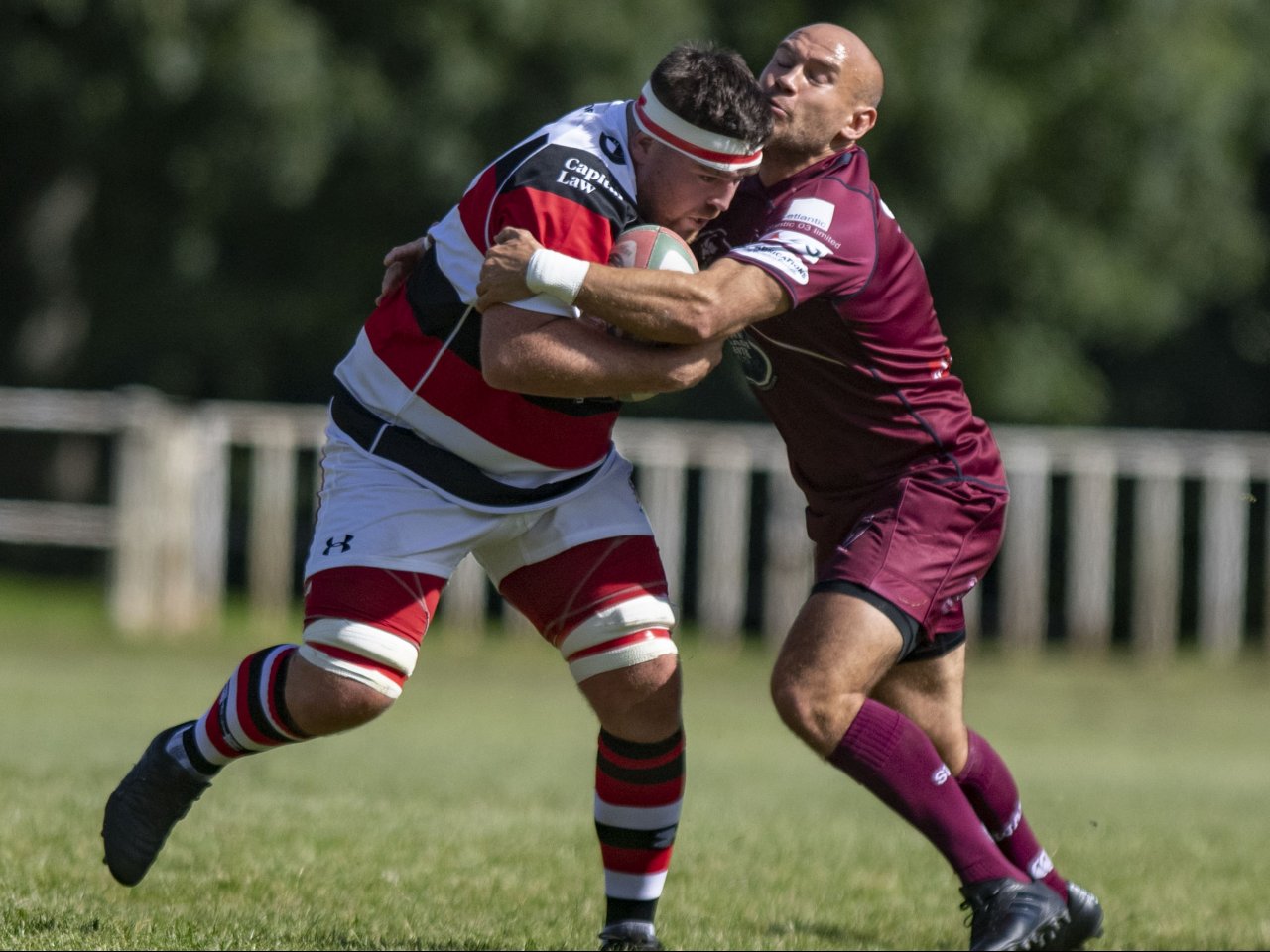 Despite Pontypool making several changes to the team that overwhelmed Narberth at the Lewis Lloyd Ground the previous Saturday, they were far too strong for a plucky Trebanos side in the Specsavers WRU National Championship game at a wet Pontypool Park on Saturday, writes Ray Ruddick. Pooler scored ten tries in a comfortable victory which saw them score 50 points or more for the third consecutive game.

Trebanos kicked off playing toward the scoreboard end of the ground. In the 4th minute, Pooler had a lineout, 5 metres from the visitors’ goal line on their right. Trebanos tapped back but the ball went loose over their line and home hooker Lewis Ball dived on it to score a try and opened the scoring. The conversion failed (5-0). Five minutes later Pooler were penalised for not releasing, 15 metres in on Trebanos’ left near Pooler’s 10-metre line. Full back Richard Brunton’s shot at goal was successful (5-3). In the 12th minute Pontypool were on the attack inside the visitors’ 22. The ball eventually went right and centre Pat Lewis crossed for a try, 10 metres in from the right corner. This score was converted by outside half Matthew Lewis (12-3).

Six minutes later Pontypool loose head prop and captain-for-the-day Aaron Coundley made a strong run which took play to the Trebanos 10-metre line. The ball was recycled and play went right. Pat Lewis took it on, he passed to his fellow centre Joel Mahoney who then offloaded to right wing Marcus Jones, who was put in the clear, and he scored a try near the posts. Matthew Lewis added the extras (19-3). However, midway through the first half, back came Trebanos with a try by left wing Josh Ferriman after some sloppy tackling from the home side. The conversion was kicked by Richard Brunton (19-10).

In the 33rd minute Pooler were in possession near their 10-metre line. The ball was picked up by No 8 Brendan Lampitt who passed to Martin Luckwell and then the scrum half gave it out to left wing Jordan Thomas who sprinted up the touchline, beating a couple of defenders. He gave the return pass to the supporting Luckwell who scored Pooler’s bonus-point try to the left of the posts. The conversion failed (24-10). Five minutes from the end of the first half, a great break by Joel Mahoney took play into the Trebanos half. The ball went through several pairs of hands but Trebanos held out and conceded a scrum five. At the scrum, the powerful Pooler pack drove their opponents back and Brendan Lampitt profited with an unconverted try to the left of the uprights. Half time – Pontypool 29 Trebanos 10.

Three minutes into the second period, play was inside the Trebanos 22 with Pooler in possession. Joel Mahoney took the ball at pace but was brought down just before the goal line. The ball was recycled and went right for second row Rhys Clarke to score an unconverted try in the corner (34-10). Five minutes later Brendan Lampitt made way for Curtis Gregory for the home side. In the 52nd minute Pooler were on the attack, again inside the visitors’ 22, testing the Swansea Valley club's defence. The pressure told as, after several phases, flanker Adam Stratton scored a try near the right corner. Matthew Lewis slotted the conversion with a fine kick (41-10).

In the 57th minute Kieran Meek replaced Pat Lewis in Pontypool’s midfield. A minute later Pooler had a scrum feed 10 metres in from touch on their right. Martin Luckwell picked up from the base and went blind, catching out the Trebanos defence, and managed to cross for a good individual try, and his second of the match, near the right corner, which went unconverted (46-10). In the 63rd minute Pooler were on the offence once more and after going through the phases again, Adam Stratton powered over for his second five-pointer of the afternoon, to the right of the sticks. The conversion was kicked by Kieran Meek (53-10).

With ten minutes remaining Pooler brought on their remaining replacements – on came Craig Price, Zenon Szwagrzak and Aaron Quick and departing the field were Aaron Coundley, Danny Hodge and Joel Mahoney. As a result Pooler had to make positional changes with Martin Luckwell going to right wing and Marcus Jones to left wing with Jordan Thomas going into the centre and Aaron Quick to his accustomed position of scrum half. In the pack Zenon Szwagrzak packed down at loose head, Craig Price went to hooker and Lewis Ball to flanker with Curtis Gregory moving up to second row in place of Danny Hodge. In the 77th minute Pooler were on the charge again and took play into the visitors’ 22. A great off load by Craig Price in front of the posts put Kieran Meek over for a try which Meek duly converted. Final score – Pontypool 60 Trebanos 10.

This was another good performance by Pontypool, showing their quality and strength in depth, which undoubtedly will be called on throughout this challenging and important season for the club. Pontypool stay two points clear of Bedwas at the top of the Championship table. Credit also to Trebanos who, although they suffered a heavy defeat, never gave up and they kept trying up to the final whistle.

Pontypool take to the road for the next two games. On Saturday they will travel to Gelligaled Park to face Ystrad Rhondda and the following Saturday along the M4 to Margam Sports Ground to take on Tata Steel. Kick-off for both games is the usual 2.30pm.