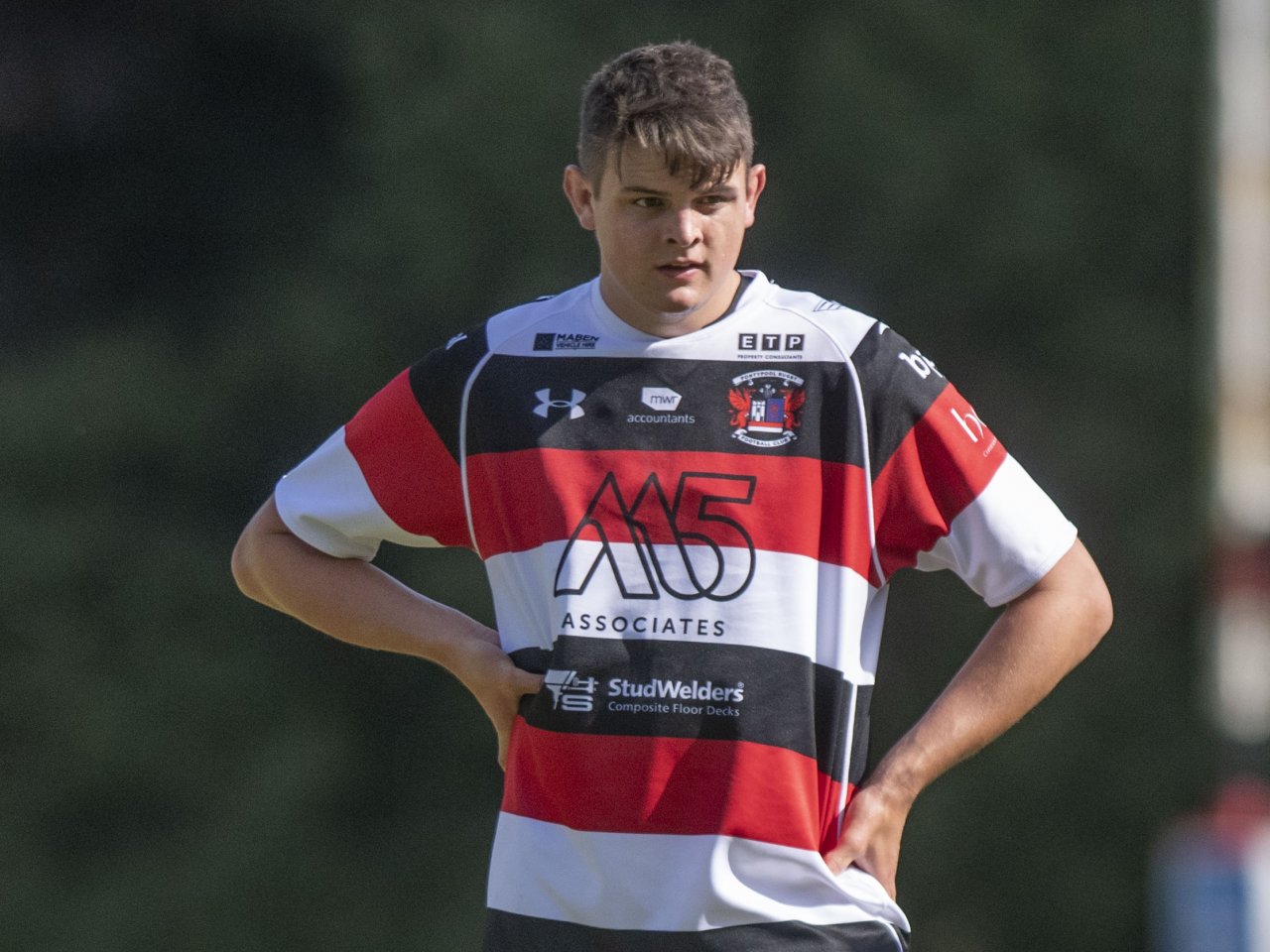 Pooler cruise to another big win on the road at Margam

Pontypool travelled along the M4 to the Margam Sports Ground to take on Tata Steel in the Specsavers WRU National Championship on a wet and windy afternoon, writes Ray Ruddick. South Wales had experienced heavy rainfall for the previous 24 hours or so but, thankfully, the rain had stopped before the game started. It was another large tally recorded by Pooler aided by a try hat-trick by flanker Craig Attwell – their 5th consecutive score of 50 points or more.

Tata Steel kicked off attacking the cricket pitch end of the ground. In the 7th minute Pontypool were on the attack inside Tata’s 22 on Pooler’s right. The ball went left and, after some good play by the visiting backs, left wing Jordan Thomas crossed in the corner for an unconverted try (5-0). Seventeen minutes later Pontypool were awarded a penalty as Tata had collapsed a maul inside the home 22. Pontypool kicked for the left corner and from the ensuing lineout and driving maul, flanker Craig Attwell scored a try wide out. Kieran Meek slotted a fine conversion (12-0).

In the 34th minute the visitors were on the attack again, going through the phases. Play went left and Craig Attwell scored his second try of the afternoon in the corner. The conversion failed (17-0). Four minutes later Jordan Thomas made a great break out of defence for the visitors linking up with outside half Richard Powell, he passed to his half back partner Owain Leonard who made more ground before making the scoring pass to hooker and captain-for-the-day Darren Hughes to charge over for his side’s bonus-point try near the posts. Kieran Meek converted (24-0). In the second minute of injury time it was Tata who were on the front foot with play inside Pooler’s 22 on the Saints’ left. The ball went right and Amir Jiwa Waiji came off his left wing to score a well-worked try to the right of the posts. Outside half Mitchell Jones added the extras. Half time score – Tata Steel 7 Pontypool 24.

Three minutes into the second period Pontypool full back Joel Mahoney made a telling break and took play deep into the home 22. The ball was recycled and went left for second row Curtis Gregory to score a try near the posts. Kieran Meek kicked the conversion (31-7). Just before the hour mark Pooler were again on the offensive and a great offload from Jordan Thomas to Craig Attwell put the flanker in for his try hat-trick under the posts. Kieran Meek again slotted the conversion (38-7). That was Meek’s last action of the game as he was then replaced by Pat Lewis. Also Craig Price made way for Zenon Szwagrzak at tight head in the Pooler front row.

In the 66th minute Pooler had a lineout throw near the Tata line on Pontypool’s left, following a penalty. Skipper Darren Hughes received a scoring pass from Owain Leonard and crossed in the corner for his second try of the match, which outside half Richard Powell converted (45-7). Pontypool then made more changes with Aaron Quick taking the place of Leonard at scrum half, Scott Matthews replaced no 8 Ieuan Jones and Lewis Ball took over from Darren Hughes.

Seven minutes later Pooler had a scrum feed near the Tata line. The visiting eight shunted their opponents back and the scrum disintegrated. The referee had no hesitation but to run between the posts and award Pontypool a penalty try (52-7). With the final action of the game, the Pontypool forwards were putting in some powerful drives towards the Saints’ goal line and eventually, Scott Matthews crashed over for a try, and Pooler’s ninth, wide out on the left, which was neatly converted by Richard Powell. Final score – Tata Steel 7 Pontypool 59.

Despite not being at their best, Pontypool eased past a plucky Tata Steel side with some comfort. There are no games on Saturday due to the Rugby World Cup Final, so the next match for Pontypool is a second round home Specsavers WRU National Cup tie against Cardiff Metropolitan University on Saturday 9 November. The following week visit Cyncoed for a Specsavers WRU National Championship match against the students. Both games kick-off at 2.30pm.