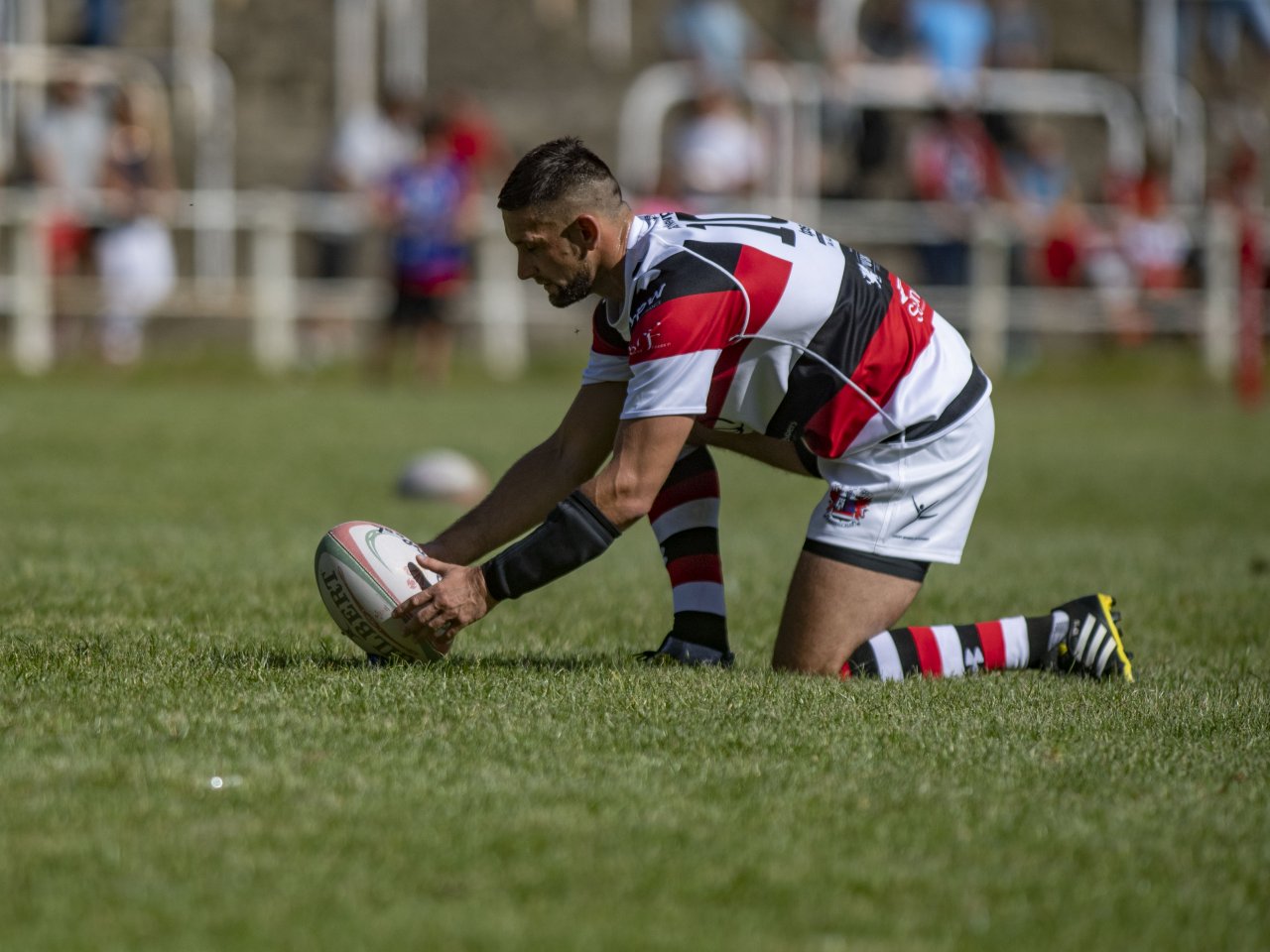 Pooler made to work hard for bonus-point victory in Ely

After the success at Brynmawr in the Ben Francis Cup the previous Saturday, Pontypool returned to league action on Saturday when they travelled to the capital city and the Memorial Ground in Ely to take on traditional rivals Glamorgan Wanderers in the Specsavers WRU National Championship, writes Ray Ruddick.

With Pontypool leading the Championship table with nine wins from nine matches and a bonus point in each match and Glamorgan Wanderers, in fourth place, with seven wins from their nine matches, it was always going to be a tricky game for Pooler and it proved just that.

Pontypool kicked off playing towards the scoreboard end of the ground on a dull and cold afternoon, with rain falling in the second half. In the 10th minute Glamorgan Wanderers were penalised for offside in midfield new the home 10-metre line so Pooler kicked for the left corner. From the ensuing lineout the Pooler pack drove the Wanderers’ eight back fully 20 metres and number eight Ieuan Jones touched down for a try to the left of the posts. The conversion failed (5-0).

Then in the 29th minute another driving maul close to the Wanderers’ goal line resulted in an unconverted try for captain-for-the-day and hooker Darren Hughes (10-0). Just before the interval the visitors had a lineout inside Wanderers’ 22 on Pooler’s left. Busy flanker Mike Herbert peeled off a driving maul and powered his way over for a try near the posts. Centre Clayton Gullis added the extras. Half time – Glamorgan Wanderers 0 Pontypool 17.

In the seventh minute of the second half there was a skirmish in front of the stand, with several players from each side getting involved and home second row Ryan Matthew was shown the yellow card. Five minutes later Pontypool were on the attack inside their opponents’ 22 and were awarded a penalty. They opted to take a scrum and, after a powerful drive, Ieuan Jones bagged his second five-pointer of the game, and Pontypool’s bonus-point try, to the left of the posts. Clayton Gullis slotted the conversion (24-0).

In the 57th minute Pontypool made a double substitution when loose head prop Aaron Coundley made way for Scott Evans and outside half Richard Powell was replaced by Matthew Lewis. Then on the hour mark, Pooler made a further three changes – off came scrum half Owain Leonard, Darren Hughes and Ieuan Jones and Aaron Quick, Lewis Ball and Scott Matthews respectively, took the field. There was no more scoring in the final quarter so the final score was Glamorgan Wanderers 0 Pontypool 24.

Although it was a tight second half with Pontypool scoring only one try after the break, Pooler always seemed to be in control, with their pack dominating throughout. Glamorgan Wanderers tried hard but could not breach the solid Pooler defence.

Pontypool now look forward to next Saturday and the visit of Bargoed to Pontypool Park for, arguably Pooler’s toughest game of the season so far. The Rhymney Valley club, who were one of the four clubs relegated from the Premiership at the end of last season, are playing very well this season and have won nine and drawn one (at Cardiff Met) of their ten matches played. So, as this will be last match for both sides before Christmas, and with two unbeaten sides going head-to-head, it promises to be a mouth-watering clash. Kick-off will be at 2.30pm.