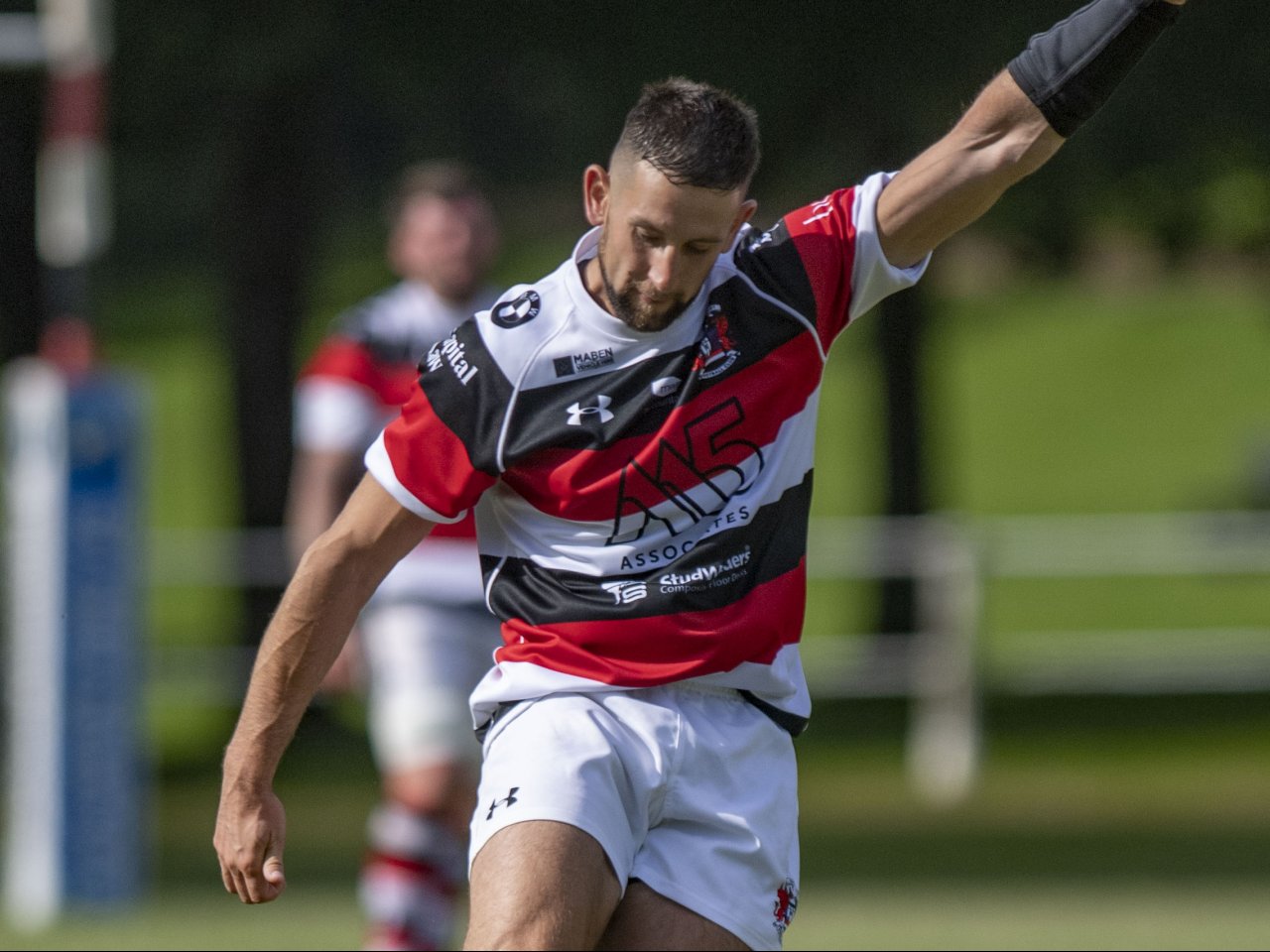 Pooler’s pride and perseverance pays off with victory over Bargoed

Pontypool faced their toughest test of the season on Saturday when they welcomed Bargoed to picturesque Pontypool Park as first took on second in the Specsavers WRU National Championship, writes Ray Ruddick.

With both teams unbeaten in the league this season so far, something had to give. It was always going to be a very closely fought encounter and so it proved as there was never more than a score in the game. In the end, a late try by Pooler wing Lloyd Lewis sealed an important and deserved victory for the hosts in their quest to get automatically promoted to the Premiership.

Pontypool kicked off attacking the scoreboard end of the ground on a fine but cold winter’s afternoon in front of a sizeable crowd. In the 11th minute Bargoed were penalised for hands in a ruck just inside their half in midfield and home centre Kieran Meek struck the ball well as it sailed through the posts to give Pooler an early lead (3-0). This was Pontypool’s first penalty scored this season in the league. Four minutes later Pooler were penalised for collapsing a driving maul, 15 metres in from touch on Bargoed’s right near Pooler’s 22, after the referee had played a long advantage to Bargoed, but the attempt at goal went wide.

Midway through the first half, Pontypool were again at fault for dropping a driving maul 15 metres in on their right, 30 metres from the Bargoed line. However the referee reversed the penalty after one of the visiting forwards was caught using his boot illegally. Kieran Meek doubled his side’s advantage with a successful kick at goal (6-0). Then in the 23rd minute, Pooler skipper and flanker Scott Matthews thought the ball had left a ruck when he tackled Bargoed’s scrum half James Leadbeater but the referee disagreed and showed Matthews the yellow card.

Five minutes later, The Rhymney Valley side were on the attack inside Pontypool’s 22 on Bargoed’s right and used the extra man to their advantage. The ball was released and went left and full back Josh Prosser crossed for a try in the corner which was converted by outside half Steffan Jones (6-7). Four minutes before the interval play was inside the visitors’ 22 and they were penalised at a ruck, and flanker Ronny Kynes was sin-binned. Half time score – Pontypool 6 Bargoed 7.

In the 3rd minute of the second period, Pooler were guilty of a high tackle on their 22 in front of the posts and Steffan Jones increased the visitors’ lead to four points with a successful shot at goal (6-10). Then for the next 35 minutes or so, there was little to choose between the two teams with Pooler shading the territory and possession stats. Pontypool made four substitutions in the second half - in the 52nd minute second row Danny Hodge was replaced by Mike Herbert with Ieuan Jones moving from number eight to second row and Herbert slotted into the back row; nine minutes later Aaron Quick took over from Owain Leonard at scrum half; on 69 minutes Amosa Nove, who started at centre but then went to the wing, swapping positions with Pat Lewis, was replaced by Joel Mahoney who went into the centre and Pat Lewis went back to the wing; and in the fifth minute of injury time, tight head prop Craig Price was replaced by Scott Evans.

In the 77th minute Pontypool were on the attack inside Bargoed’s half. Mike Herbert made a great impact off the bench when he made a super break in midfield which took play to the visitors’ 22. The ball was recycled and play went right. Lloyd Lewis received a pass out wide and the young speedster ran over and round to score what turned out to be the winning try under the posts. Kieran Meek added the extras to take Pooler three points clear (13-10). After nine long and agonising minutes of time added on, the referee blew the final whistle to end a keenly fought contest. Final score – Pontypool 13 Bargoed 10.

This was a performance full of grit and determination and a very good test for Pontypool against a quality side as they registered their 58th consecutive victory in the National Championship – a superb record of consistency. There is no match for Pooler next week as there are no Championship matches scheduled, so the next match will be on Saturday 28 December when they travel the short distance to Pandy Park to take on traditional rivals Cross Keys in a local derby, kick-off will be at 2.30pm.