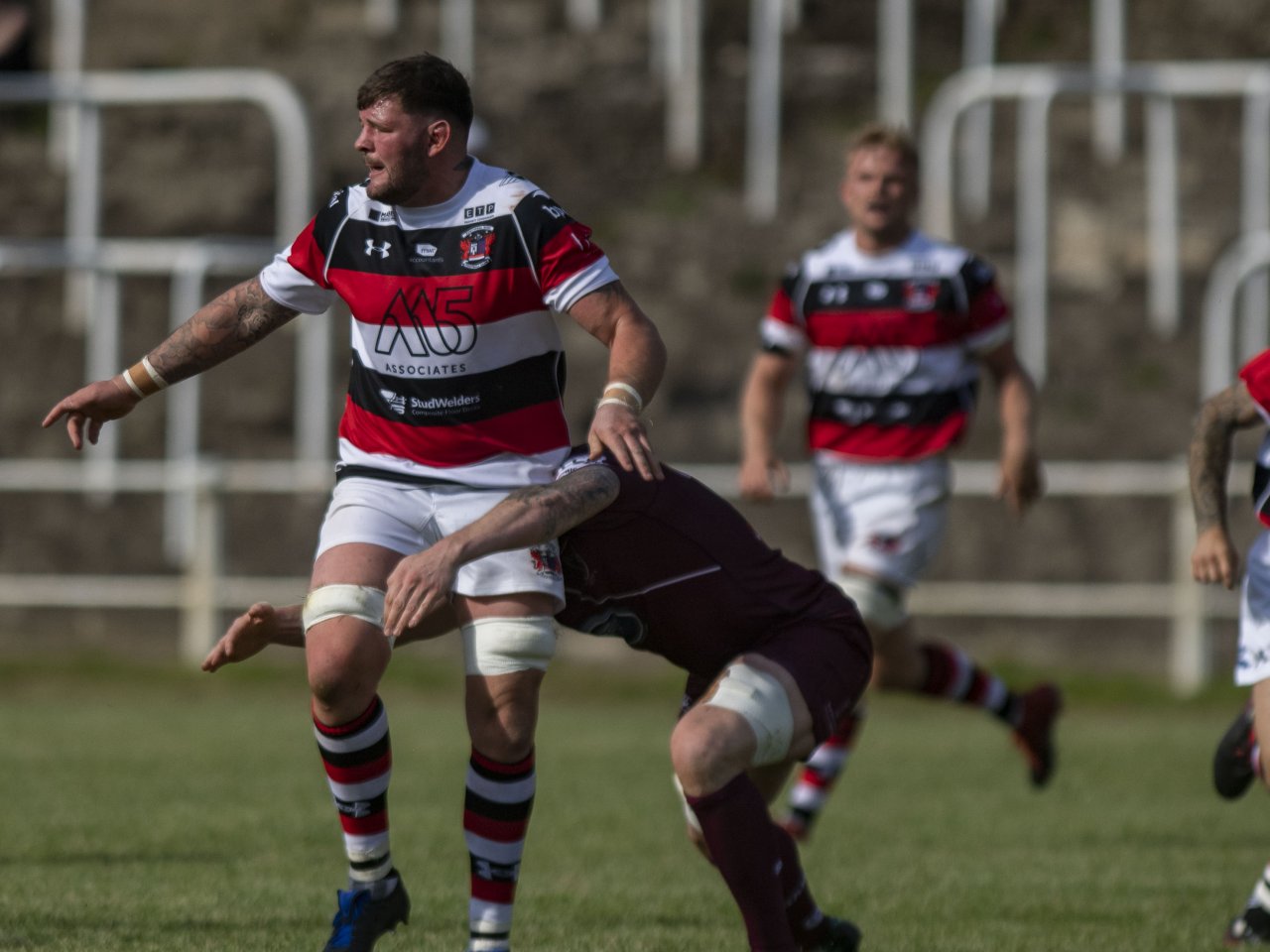 Pooler top 50 points at The Gnoll for first time

With 13 defeats in their last 13 visits to The Gnoll, their last win coming in December 1991, and only 3 wins in the last 30 there, Pontypool were delighted to came away with this resounding victory over Neath in this Specsavers WRU National Championship match, writes Ray Ruddick. Pooler topped 50 points at the ground for the first time – their previous highest score was 31 in a 36-31 defeat in September 2008 – and outscored their hosts by 8 tries to 2.

Neath kicked off defending the clubhouse end of the ground on a fine but cold winter’s afternoon. In the 7th minute Pooler wing Lloyd Lewis made a break which took play into the Neath 22. The ball was recycled and eventually found hooker Darren Hughes who was wide out on the right and he stormed over for a try in the corner, which centre Kieran Meek converted with a fine kick (7-0). Eight minutes later Darren Hughes made a break in midfield on Neath’s 10-metre line, he found the supporting Mike Herbert on the 22 and the flanker strolled over for a try under the posts. Kieran Meek slotted the conversion (14-0). After 24 minutes, play was inside the visitors’ 22 and Neath were putting the Pooler defence under some pressure which resulted in a try by flanker David Griggs, converted by outside half Jordan Rees (14-7).

On 28 minutes there was some good inter-passing by Pooler, with the ball travelling through several pairs of hands and finally full back Geraint Walsh scored a try, 5 metres in from the left corner. Kieran Meek again converted with a good goal (21-7). In the 36th minute Pontypool second row Rhys Clarke, who had taken a couple of knocks, left the field and was replaced by Adam Stratton. No 8 Ieuan Jones moved up into the second row while Stratton slotted into the back row. In the fifth minute of injury time at the end of the first half, Neath were penalised at a scrum on their 22. Pooler kicked for the right corner and, from the ensuing driving lineout, Ieuan Jones barged over for Pontypool’s bonus-point try. Kieran Meek added the extras. Half time score – Neath 7 Pontypool 28.

In the sixth minute of the second period Pontypool were on the attack and, after a good build up, with some good handling, centre Pat Lewis crossed for a try to the right of the posts. Kieran Meek slotted the conversion and with it, his 500th point in the league and WRU Cup for the club (35-7). Five minutes later Neath scored their second try of the afternoon when the ball went left inside Pooler’s 22 and left wing James Roberts squeezed in the corner for an unconverted try (35-12). Pat Lewis was then replaced by Lewis Barnett, who was making his debut for Pontypool. On the hour Pooler made another change when tight head prop Craig Price made way for Scott Evans.

In the 65th minute Neath second row Jon Barley was yellow carded, perhaps harshly, for a deliberate knock on near the half way line. A minute later the visitors were on the offensive inside Neath’s 22 and Kieran Meek made a break, splitting the home defence. He fed the supporting Lewis Barnett who scored a try under the posts. Kieran Meek once again added another two points (42-12). Visiting scrum half Owain Leonard was then replaced by Aaron Quick. With about ten minutes remaining, Neath were in possession near half way but a pass was intercepted by Meek who didn’t quite have the legs to go all the way. He was tackled inside the home 22, the ball was recycled and Aaron Quick managed to get the ball down in the right corner for an unconverted try (47-12). Pooler made their last substitution when Darren Hughes was replaced by Lewis Ball. In the 80th minute play was inside Neath’22 Aaron Quick passed to Adam Stratton who then returned the favour for Quick to dive over and score his second try, in quick succession, in the left corner. Kieran Meek rounded off a fine exhibition of place kicking with his seventh conversion in eight attempts. Final score – Neath 12 Pontypool 54.

Pontypool have always found it tough to taste victory at The Gnoll, so to win there and score over 50 points is a fine achievement. Pooler showed glimpses of what they can do, with some good handling and scored several fine tries. They will have to be at their very best next Saturday when they take on the form team in Wales at the moment, Carmarthen Quins, in the quarter-final of the Specsavers WRU National Cup at Pontypool Park, kicking-off at 5.15pm as it will be televised live on S4C. The following Friday (31 January) Pooler welcome Bedwas to Pontypool Park, as top take on third, in the re-arranged league game that was postponed back in November because both clubs had Cup commitments. The kick-off will be at 7.15pm.