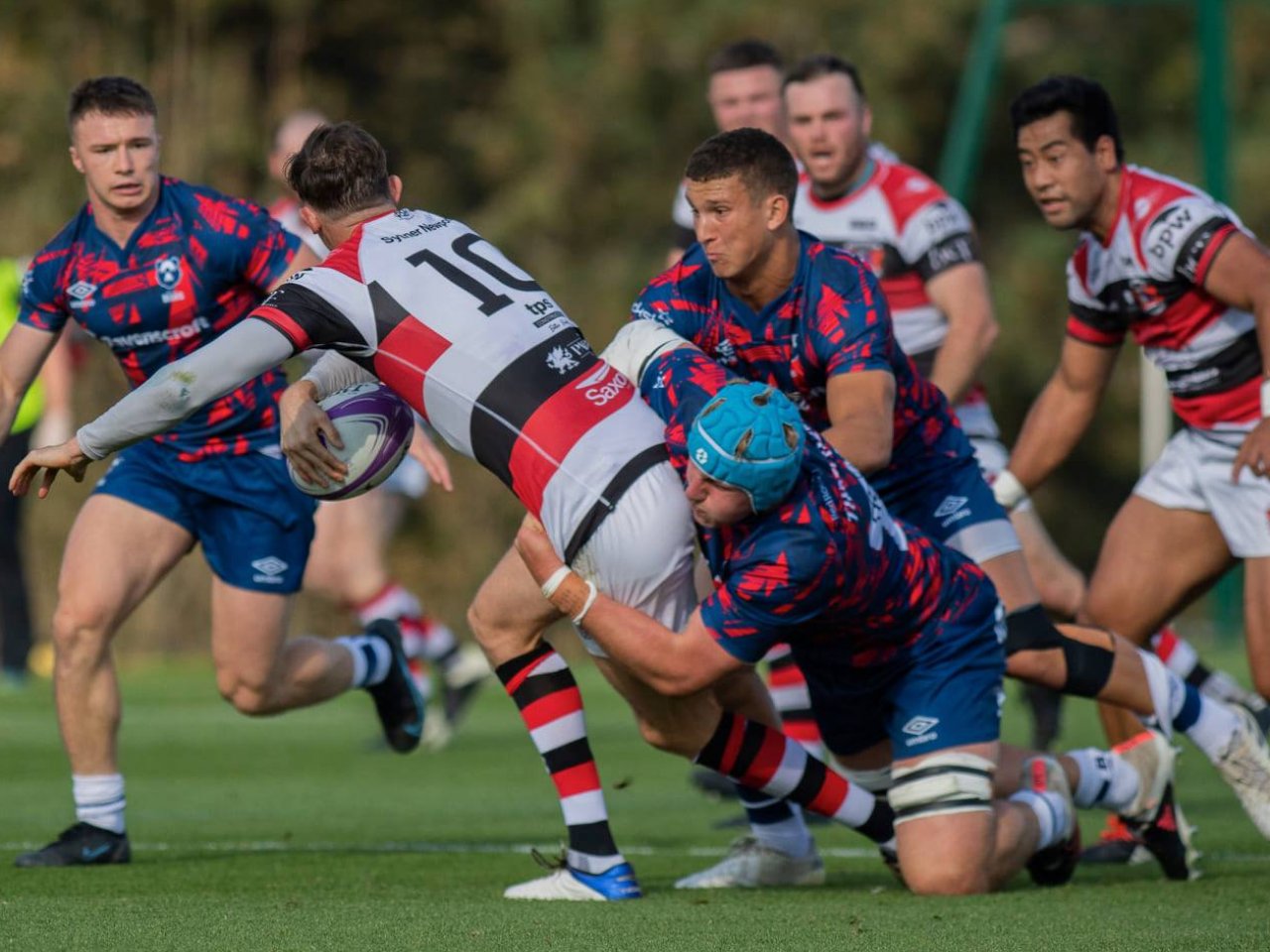 It has been a long time – a very long time – and it is absolutely wonderful to be back, writes Ray Ruddick. It is 603 days since Pontypool last played a competitive game. That was back on Saturday 22 February 2020 when they won 45-0 at near neighbours Pontypool United in the Ben Francis Cup. Much has happened since then and our thoughts continue to be with all those families who have been affected in any way by this dreadful COVID-19 virus.

Onto a more positive note, it is great to see rugby back in general and Pooler in particular. For Pontypool’s first game back since the COVID crisis, it is good to renew links with a long-time friend of the club, Bristol Bears, and a pleasure to be playing at their High Performance Centre where last season’s English Premiership table-toppers train. It was way back on Boxing Day 1906 when the two clubs first met – at Bristol, when the home side ran out 11-3 winners. It was a regular Boxing Day fixture for many years, up to just after the Second World War. The last time the clubs met was in a pre-season friendly at Pontypool Park on Wednesday 20 August 2008 when Bristol recorded a comfortable 43-3 victory.

Anyway, back to the here and now. On a dry, fine and pleasant afternoon with a gentle breeze and the pitch looking in great condition, Pontypool kicked off playing towards the changing rooms end of the ground. It only took Bristol Bears A 70 seconds to open the scoring when scrum half Tom Whiteley gathered the ball from a kick ahead by wing Deago Bailey, an England Under 20 international, and crossed for a try which he duly converted (7-0). The home side scored again after nine minutes through a very powerful drive from a lineout close to the Pooler goal line and hooker Joe Cotton got the touchdown, converted by Whiteley (14-0).

Five minutes later Pooler hooker Sam Scarfe was yellow carded for not retreating 10 metres following a quick tap penalty. In the 16th minute Bristol Bears A got their third try through flanker Macenzzie Duncan after some good inter-passing and Whiteley added the extras (21-0). Half way through the first half Pooler were on the attack and after some good work by captain Scott Matthews, right wing Jay Jones, making his debut, crossed for a try in the right corner. The conversion failed (21-5). Then, just before the half time whistle, Pontypool were penalised near half way. Livewire Whiteley took a quick tap and he sprinted 50 metres to score in the right corner. He slotted a fine conversion to make the half time score Bristol Bears A 28 Pontypool 5.

In the fourth minute of the second period, Bristol Bears A were on the attack and put their visitors under pressure. After several forward drives, the ball went out wide and full back Matty Jones scored to the left of the posts. Whiteley kicked his fifth consecutive conversion (35-5). In the 49th minute some excellent handling by the home side led to a try by replacement scrum half Theo Strang, with starting scrum half Whiteley moving into the centre but he missed his first conversion of the afternoon (40-5). Two minutes later, the impressive Tom Whiteley, formerly of Saracens, made a break and ran 30 metres to score near the posts and he added a further two points with his sixth and final conversion (47-5).

On the hour mark and from another powerful drive at a lineout, replacement hooker Will Capon scored a try and replacement fly half Tom Wilstead slotted the conversion (54-5). 12 minutes from time the home side scored a carbon copy of their last try with Capon again profiting from another well-controlled drive by the pack. Wilstead converted (61-5). Pooler then enjoyed their best period of the game as they tested Bristol Bears A’s defence. Play was in and around the Bears’ 22 for about ten minutes and despite Pontypool’s best efforts, the well-drilled professional outfit’s defence held firm and the visitors could not get a deserved second try.

In the last minute home second row James Dun was yellow carded but Bristol Bears A had the final say when replacement second row George Taylor scored his side’s tenth try of the match with Wilstead converting. Final score – Bristol Bears A 68 Pontypool 5.

Despite the score-line, this was a very useful workout for Pontypool, as players had much needed game time and lessons will have been learned. Their opponents were superbly organised and looked very dangerous as the quick backs were slick and showed some great handling skills while their forwards, ably led by English international Nathan Hughes, proved too strong for the Pooler pack. However, Pontypool never gave up and can be proud of their efforts in what was a difficult afternoon.