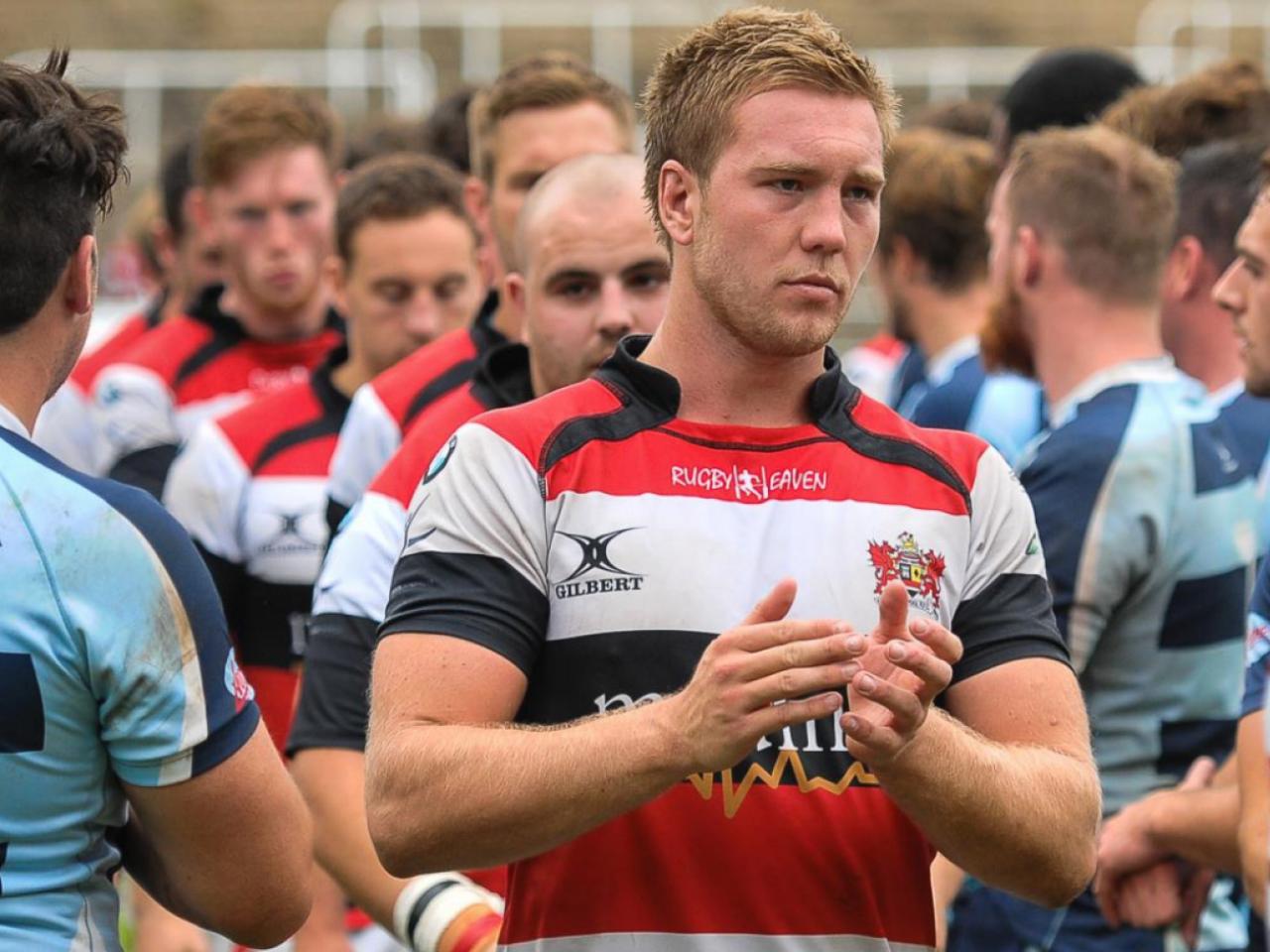 For the first SWALEC Championship game of the season, Pontypool travelled to Pembrokeshire to take on Narberth at the Lewis Lloyd Ground – a ground where Pooler have failed on all five previous visits. However, a very spirited performance by Pontypool was rewarded with their first win at their bogey ground.

Narberth kicked off defending the clubhouse end of the ground. Early in the game, Pooler won the ball in midfield, just inside their half when loose head prop Jamie Jeune made a long pass to wing Nathan Brooks who beat several defenders, and sold a dummy, to score the first try of the afternoon to the left of the posts. The conversion failed (5-0). After 15 minutes play, Pooler were penalised for not releasing in midfield, 30 metres from their goal line and home outside half Jonathan Rogers slotted the kick (5-3). Pooler’s young fly half Ross Preedy took a knock to his shoulder and was replaced by Tom Hancock.

The Otters took the lead on the half hour with an unconverted try in the left corner by hooker Dan Smith after a sustained build-up (5-8). Five minutes before the interval, Pooler were penalised for offside 35 metres from their line on Narberth’s left but the kick at goal went wide. On the stroke of half time home second row Lyndon Bateman was yellow carded for a late tackle on Pooler’s full back Josh Hurley. The resulting penalty took play to within 5 metres of the half way line, 15 metres in from touch. Pooler’s new recruit, centre Luke Ford, attempted a long range kick but the ball drifted to the left. Half time score – Narberth 8 Pontypool 5.

At the start of the second half, Sione Tu’ipulotu replaced Ford. 3 minutes into the second period, Narberth won a lineout on Pooler’s 22 on the Otters’ left. The ball went right and moved wide for full back Johnny Morgan to score near the posts. Jonathan Rogers added the extras (5-15). The Otters were penalised in midfield, 30 metres from their line and replacement Tom Hancock pulled 3 points back for the visitors with a successful shot at goal (8-15). Pooler went back on the attack thanks to a break by scrum half Aaron Quick. Narberth were guilty of not rolling away at the ensuing breakdown and Hancock slotted another penalty (11-15).

On the hour, a great break by Pooler’s speedster Nathan Brooks deep in his own 22, took play to the half way line. Brooks linked up with his support and Aaron Quick sprinted fully 40 metres to score a great try under the posts. Hancock converted (18-15). Open side flanker Gareth Rusby-Davies was replaced by young Nathan Hudd – both newcomers to the Pooler squad this season. Shortly after, Josh Powell replaced Garin Harris at tight head prop for the visitors.

Pontypool were penalised near the half way line, conceded another 10 metres for not retreating and replacement Nick Gale stepped up to put Narberth on level terms with a good penalty kick (18-18). Pooler went back on the attack and had a scrum in midfield on the home 22. The ball went left and Tom Hancock chipped ahead and the impressive Brooks won the race for the touchdown to put Pontypool back in the lead. The conversion failed (23-18). Just before the final whistle, Pooler were again on the offensive in the Narberth 22 and the Otters were penalised for offside. Tom Hancock’s attempt at goal was a good one and Pontypool gained their first success at Narberth by 26 points to 18.

This was a gritty and workmanlike performance by a new-look Pontypool side which will give them confidence going into the first home match of the season, against Swansea next Saturday – kick-off 2.30pm.