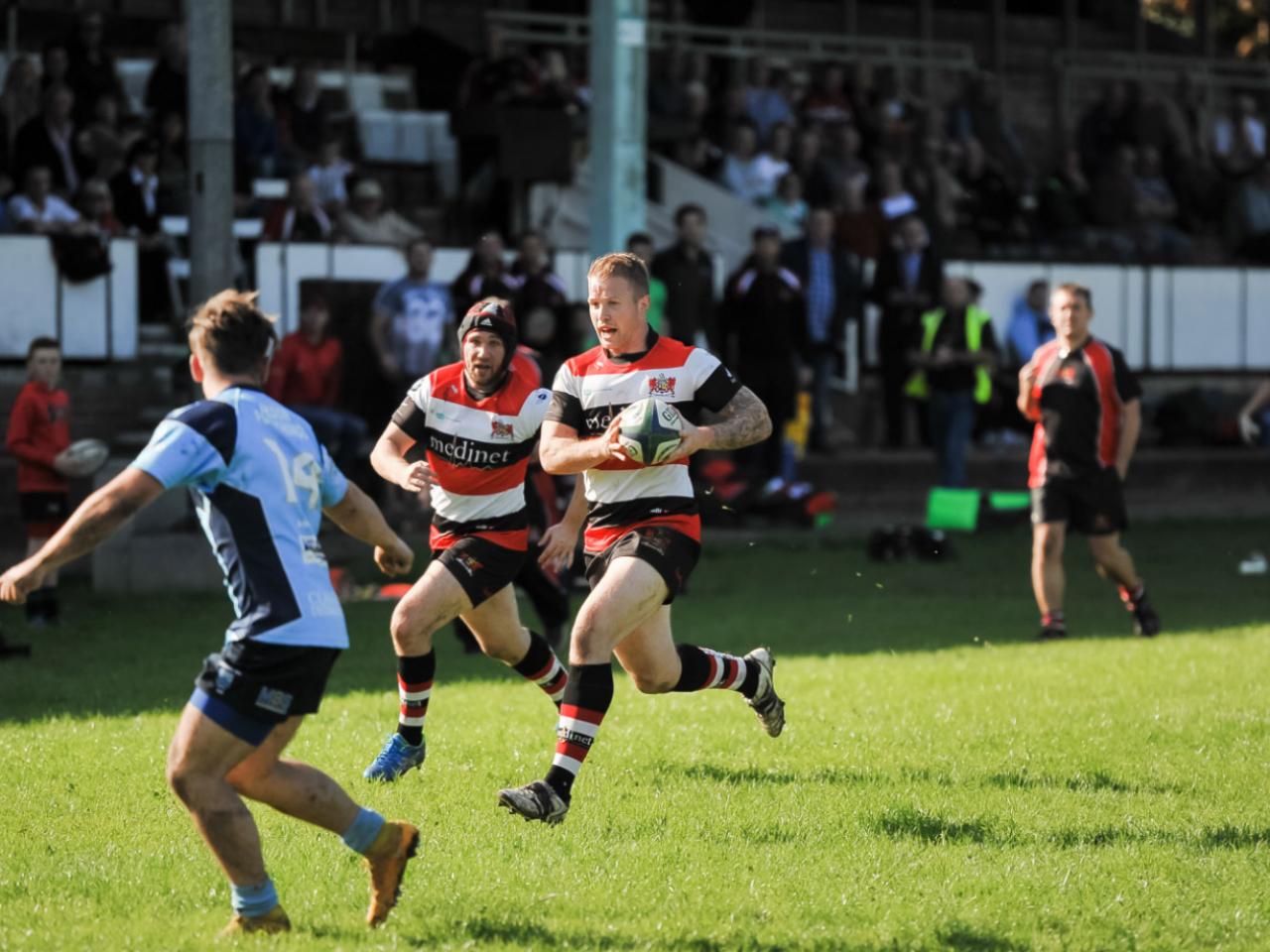 Pontypool welcomed Bargoed to sunny Pontypool Park with Pontypool looking to build on last week’s victory at Newbridge. In a close encounter, the spoils were shared with Pooler’s Clayton Gullis kicking a late penalty goal to earn the home side a draw.

Pontypool kicked off playing down the slope. Pooler were penalised for dropping a scrum on their 22 to the left of the posts and Bargoed missed an early chance to take the lead when the attempt at goal went wide. However, after 10 minutes, Bargoed won their lineout 5 metres from the Pooler line on the left. The visiting pack drove and No 8 Ross Coombes opened the scoring with an unconverted try (0-5). Seven minutes later, Pooler went on the attack, the ball went right and wing Mike Burke crossed in the corner for the equalising try. The conversion failed (5-5).

Bargoed’s backs were caught offside on their 22 in front of the posts and Pooler full back Clayton Gullis put Pooler in front with a successful shot at goal (8-5). Bargoed’s scrum half James Pizey and Pooler’s outside half were yellow carded after a skirmish involving many players. Six minutes before the break, play was in the Pooler 22 and the Rhymney Valley outfit scored their second try of the afternoon in the right corner through centre Ashley Norton, converted by outside half Niall Martin (8-12). Just before the interval Bargoed strayed offside again in their 22 to the left of the posts and Clayton Gullis slotted the kick to bring the first half to a close with the score Pontypool 11 Bargoed 12.

Five minutes into the second period and Bargoed’s right wing Dwayne Dyer saw a gap in the Pooler defence and went through it to score a try to the right of the posts. Niall Martin added the extras (11-19). Pooler then went on the attack in the Bargoed 22 on the left and visiting skipper Leigh Meades was sin-binned for side entry at a ruck. Pontypool exerted more pressure on Bargoed and from a

scrum near the Bargoed line, home scrum half Aaron Quick went blind and darted over in the left corner for an unconverted try (16-19).

Midway through the second half Adam Scanlon took over for Lee Williams in the second row, Rhys Dyer replaced Aaron Quick and Garin Harris made way for Ryan Harford for Pooler. After 65 minutes Pontypool loose head prop Jamie Edwards was shown the red card for throwing a punch in retaliation which meant an enforced change in the Pooler pack as front rower Jamie Jeune came on for back row forward Matthew Thomas. With 12 minutes remaining, Adam Scanlon was yellow carded for an offence at a ruck near the Pooler line but the home side held out. Soon after, Nathan Brooks replaced Mike Burke on the wing for Pontypool. With three minutes remaining, Pooler went on the attack with a driving maul and Bargoed were penalised on their 22 to the left of the posts and up stepped ice cool Clayton Gullis to kick the goal that brought the scores left and 19-all, and that was the final score.

Pooler held on to a hard earned draw and did well to keep Bargoed out considering being down to 13 players for a 10 minute period towards the end of the match. Pontypool need to improve their discipline for their visit to The Wern next Saturday (kick-off 2.30pm) to take on high-flying Merthyr.