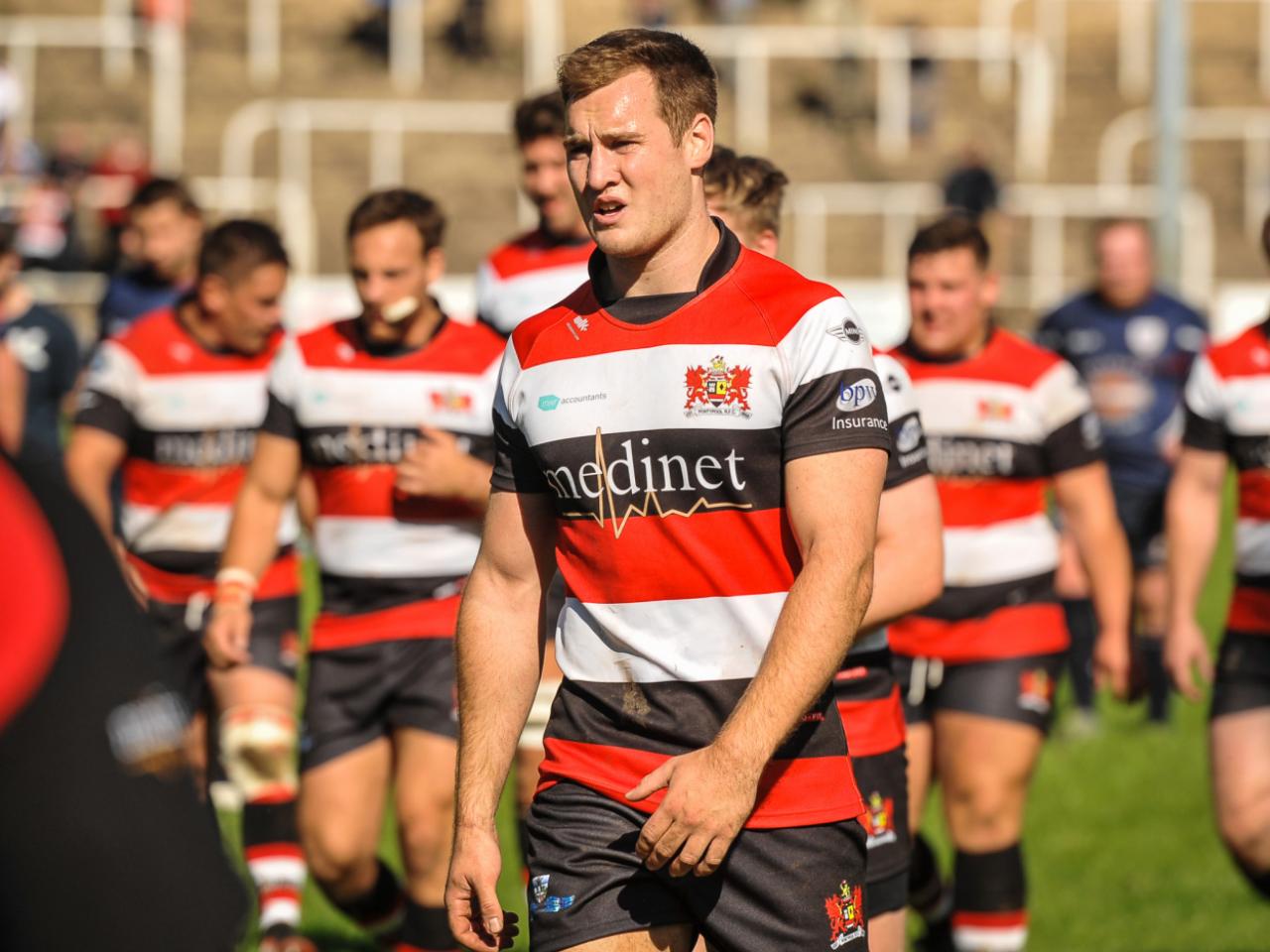 Pontypool welcomed Llanharan to Pontypool Park and overcame their plucky opponents scoring 9 tries in the process. Pooler, buoyed by the creditable win at high-flying Merthyr last time out, were good value for their win and remain in fourth place in the Championship table.

Pontypool kicked off playing up the slope. Pooler conceded three penalties in the first four minutes, the last of which was just outside Pooler’s 22, 15 metres from touch on Llanharan’s right and visiting outside half Harrison Evans was successful with his shot at goal (0-3). Shortly after, Pooler won a penalty for offside on Llanharan’s 22 to the right of the posts and home full back Clayton Gullis brought the scores level with a successful kick (3-3). A lovely break by Pooler outside half Sam Mills took play into the Llanharan 22. The ball was recycled and went right to Sione Tu’ipulotu who passed inside to left wing Josh Hurley, crossing for a try near the right corner. The conversion failed (8-3).

After 16 minutes play, Llanharan’s No 8 Huw Thomas was sin-binned for a late tackle on Pooler’s centre Tom Hancock. Pontypool then went on the offensive and a long pass by Hancock found flanker Matthew Thomas who did exceptionally well to hold onto the ball in the Llanharan 22 and slipped it to right wing Nathan Brooks who was brought down just short of the line but got his pass to the supporting Jamie Jeune and the hooker and captain-for-the-day scored an unconverted try in the right corner (13-3).

From a scrum 10 metres from Llanharan’s line, Pooler’s pack overpowered their opponents, drove the Llanharan eight over their line and home No 8 Ben Sparks touched down in the right corner. The fine conversion was kicked by Clayton Gullis (20-3). Pontypool went back on the attack in the visitors’ 22 and right wing Nathan Brooks got the ball and jinked his way over for the bonus-point try to the right of the posts. The conversion failed (25-3). Just before half time, The Dairymen put pressure on the Pooler defence and was rewarded when hooker Sam Llewellyn drove over for an unconverted try 5 metres from the right corner flag. Half time score Pontypool 25 Llanharan 8.

Early in the second half, Llanharan went on the offensive and flanker and captain Scott Malone crossed for an unconverted try to the left of the posts (25-13). Pooler hit back immediately with a try under the posts by scrum half Aaron Quick after good work by Matthew Thomas claiming the ball from the kick off. This try was converted by Clayton Gullis (32-13). Back came The Dairymen and their third try of the afternoon was scored in the right corner by full back Olly Smyth. The conversion was missed (32-18). Pooler second row Lee Williams took a knock and was replaced by Gareth Rusby-Davies.

Ben Sparks took a quick tap penalty on the visitors’ 22 and passed to Josh Hurley. Hurley was tackled near the Llanharan goal line and livewire scrum half Aaron Quick picked up and crossed for a try which Clayton Gullis converted (39-18). Pontypool then made two more changes in personnel with Mike Burke replacing Josh Hurley and young Ross Preedy coming on for the experienced Sam Mills at outside half.

Pooler went back on the attack and centre Sione Tu’ipulotu flopped over the line to the left of the posts for a try which was converted by Clayton Gullis (46-18). Soon after, Tu’ipulotu crossed again for a try to the right of the posts, also converted by Gullis (53-18). Home second row Tom Bell and replacement Ross Preedy left the field with injuries at the same time and Pontypool had to play the closing minutes with 13 players. Despite this, Pontypool managed to score their final try when Ben Sparks powered over to the left of the posts. Clayton Gullis added the extras to make the final score Pontypool 60 Llanharan 18.

This was a good result for Pontypool to stay in touch with the early pace-setters in the Championship. Discipline is still a concern with too many needless penalties given away. Next up for Pooler is a trip to new boys Newcastle Emlyn on Saturday. Thanks must go to the referee Stuart Kibble who stepped in to officiate at very short notice.