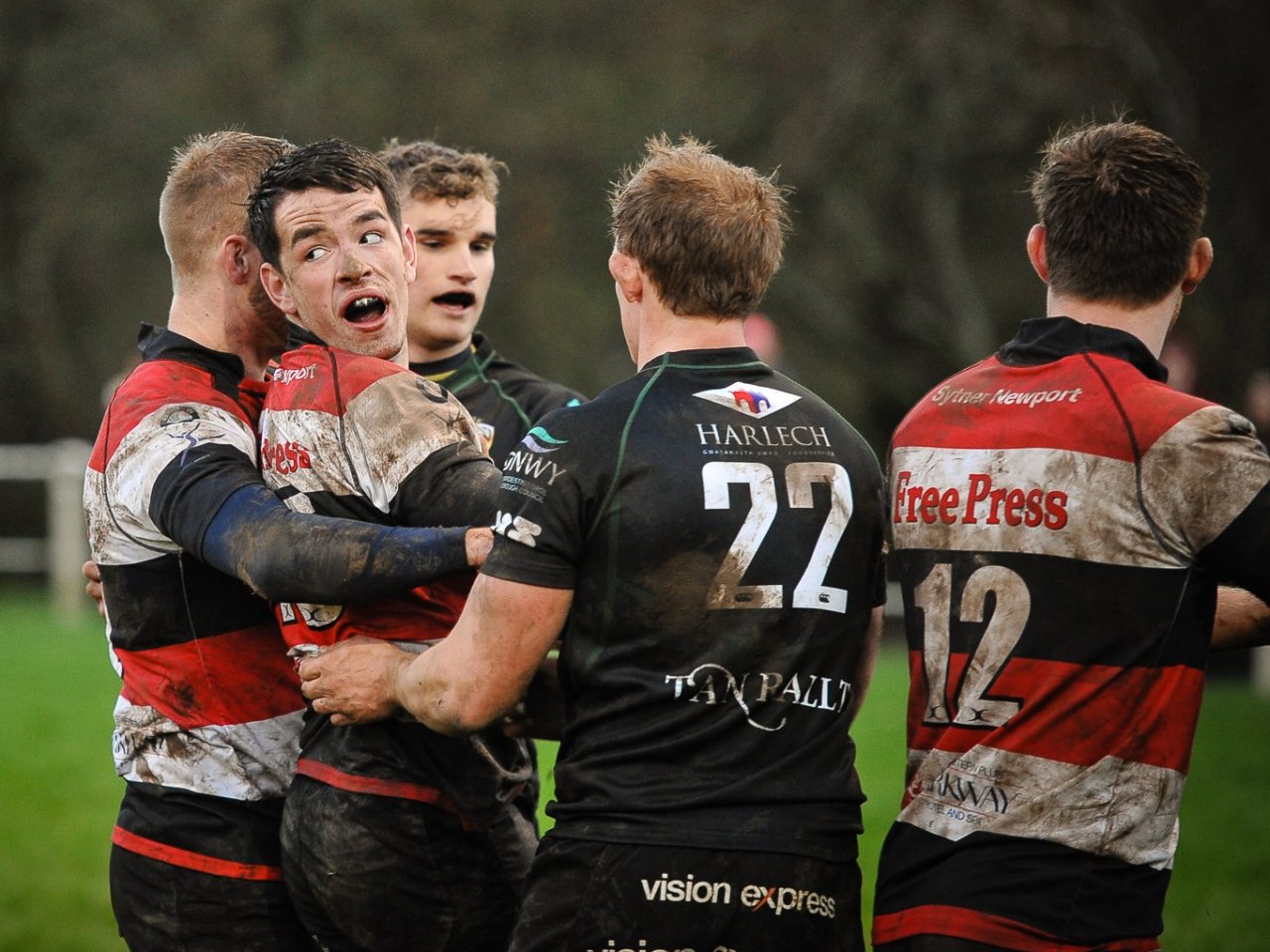 Pooler pipped by The Gogs in close encounter at Pontypool Park

For their final home match of this campaign, Pontypool welcomed RGC 1404 to glorious Pontypool Park in what was a huge for both teams. If Pontypool won then they would be promoted to the Principality Premiership and if the North Walians were successful, then it would keep their hopes of promotion alive. It was always going to be a closely fought encounter but RGC 1404 prevailed in front of a big crowd.

Pontypool kicked off playing down the slope. After seven minutes play was in RGC’s 22 on Pooler’s left and the visitors were penalised for playing the ball on the ground. Full back Clayton Gullis slotted the shot at goal (3-0). Two minutes later Pooler were guilty of holding on 40 metres from their line, slightly to the left of the uprights and visiting outside half James Lang kicked the goal to bring the scores level (3-3). In the 13th minute play was in the Pooler half. RGC chipped ahead on their right flank. The home side failed to deal with the loose ball and it was picked up by James Lang who crossed in the corner for a try, who also added the conversion (3-10).

After 22 minutes The Gogs were penalised for not releasing on their 22 in front of the posts and Clayton Gullis kicked the goal to cut the deficit to four points (6-10). Ten minutes later Pooler were guilty of handling in a ruck 35 metres from their goal line to the left of the posts but the shot at goal went wide. Six minutes before half time, Pooler right wing Josh Hurley was deemed to have taken out an RGC player in the air near the half way line and was yellow-carded. Three minutes later RGC were caught offside in midfield, 35 metres from their line but the attempt at goal failed. As time ticked onto 40 minutes, RGC were penalised for playing the ball on the ground in a similar position as the last offence and this time Clayton Gullis made no mistake with the shot at goal (9-10). Just before the half time whistle RGC scored a try in the left corner by full back Afon Bagshaw, converted by James Lang. Half time score Pontypool 9 RGC 17.

Ten minutes into the second period and Pooler scrum half Aaron Quick made way for Dan Brooks. Five minutes later the visitors were penalised for holding back Dan Brooks in their 22 to the left of the uprights and Clayton Gullis landed his fourth penalty of the afternoon (12-17). Just before the hour mark Pooler centre Marc Thorley was replaced by Tom Hancock. After 69 minutes Pontypool were applying pressure near the visitors’ goal line and this was rewarded when tight head prop Garin Harris barged over for a try from close range in the right corner. The conversion fell short (17-17).

With 75 minutes gone, Pooler’s flanker Nathan Hudd took a knock and was replaced by Gareth Rusby-Davies and shortly after Garin Harris made way for Jamie Edwards. Then the telling moment of the match came when referee Gwyn Morris deemed Pooler wheeled a scrum 35 metres from the RGC line to the left of the posts and James Lang kicked the goal to restore RGC’s lead (17-20). With the match entering injury time RGC were penalised for a high tackle on their 22 near Pooler’s left touchline but the difficult kick went wide. Just before the final whistle loose head prop Jamie Jeune left the field with a head wound and Garin Harris returned to the field. Pooler couldn’t get field position in order to put The Gogs under pressure and RGC held on to their first league win at Pontypool Park. Final score Pontypool 17 RGC 1404 20.

Obviously this was a disappointing result for Pontypool as errors at crucial times eventually cost them the game and RGC’s defence was well-organised. However, all is not lost as Pooler travel to Bargoed next Saturday (kick-off 2.30pm) and a Pontypool win at Bargoed Park would see the club promoted.