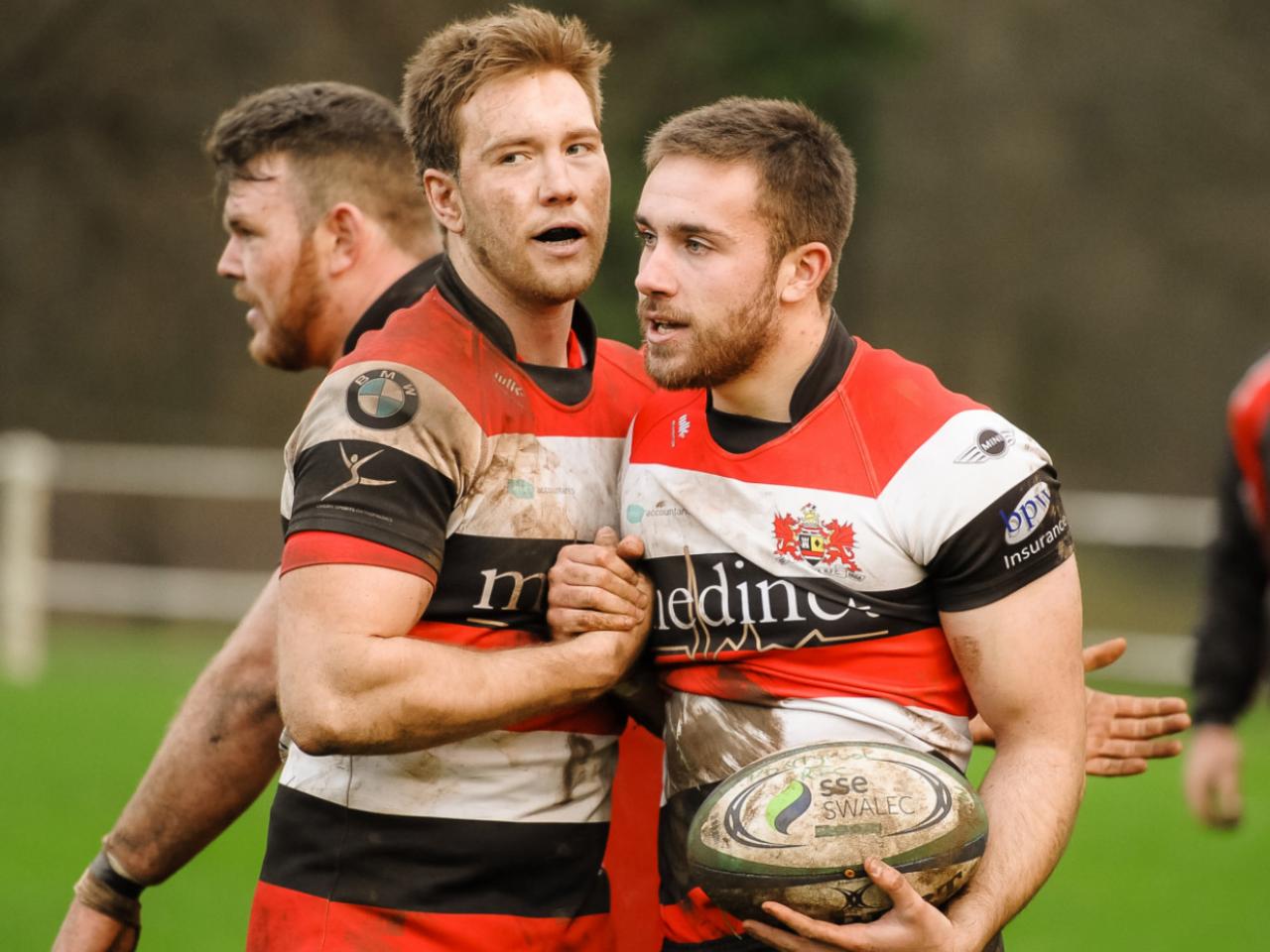 After the setback at Swansea seven days ago, Pontypool got back to winning ways with a well deserved derby victory over Newbridge in the SWALEC Championship at Pontypool Park. The heavy rain which had been falling over the previous few days had stopped and the pitch passed a 10.00am inspection. The biggest crowd of the season at Pontypool Park enjoyed a traditional Boxing Day local derby.

Pontypool kicked off playing up the slope. For the first quarter of an hour play was fairly even as both teams seem to cancel each other out. However, after 16 minutes Pooler won turnover ball in Newbridge’s 22 moved the ball left via Garin Harris, Jordan Williams, Sione Tu’ipuoltu and finally Rhodri Usher for the left wing to cross in the left corner for the opening try of the afternoon. Full back Clayton Gullis added the extras (7-0). Almost 10 minutes later, Pooler were penalised for turning the scrum inside their 22, 15 metres in from Newbridge’s right touchline. Outside half Kieron Meek slotted a fine kick to narrow the deficit (7-3).

On half time, Newbridge were under the cosh in their 22 and visiting No 8 Lewis Blacker strayed offside near his goal line and was yellow-carded. Pooler went for a scrum, home pack shunted back the Newbridge seven and the visitors infringed which left referee Morgan Whitehead of Caerphilly no option other than to award a penalty try to Pontypool. Clayton Gullis kicked the easy conversion. Half time score Pontypool 14 Newbridge 3.

Three minutes into the second period and good inter-passing between backs and forwards put young right wing Graham Bishop over in the right corner for an unconverted try. Graham Bishop, who was making his debut, is the grandson of former Pontypool captain the late Graham Bishop, who led the club in the 1963-64 season. Five minutes later and Pooler made a couple of changes in the front row with Jamie June replacing Jamie Edwards on the loose head and Joe Popple coming on for Garin Harris at tight head. Half way through he second half and centre Sione Tu’ipulotu made way for Josh Hurley with Clayton Gullis moving up to centre and Hurley slotting in at full back.

With 18 minutes remaining Pooler second row Elliott Ferriman was sin-binned for interfering with a player in the air at a lineout. Four minutes later, and following some pressure on the Pooler defence, Newbridge made their extra man count when replacement Simon Veale crossed in the left corner for an unconverted try (19-8). The game was approaching the final quarter and Pooler hit back after a barnstorming run by Joe Popple, the ball went right and an inside jink by Pat Lewis put the young centre over for the bonus-point try. The conversion failed (24-8). Shortly after, home flanker Robert Nash limped off and was replaced by Gareth Rusby-Davies and Tom Hancock came on for scrum half Aaron Quick with Sam Mills moving to scrum half.

Seven minutes from time and Pooler took a quick tap penalty inside the Newbridge 22 near the left corner and hooker and skipper Ben Parry barged over for a try which was converted by Clayton Gullis. In the final minute, Pooler were awarded a scrum five to the right of the posts and pushed the Newbridge pack back but the visitors infringed and Mr Whitehead ran between the posts and awarded Pontypool a second penalty try which Clayton Gullis converted. Final score Pontypool 38 Newbridge 8.

This bonus-point victory was so important for Pontypool, which moves them up to second place in the league table, but there is room for improvement. Next Saturday Pooler visit Bargoed Park (kick-off 2.30pm) for another crunch game after the teams fought out a 19-all draw at Pontypool back in September.