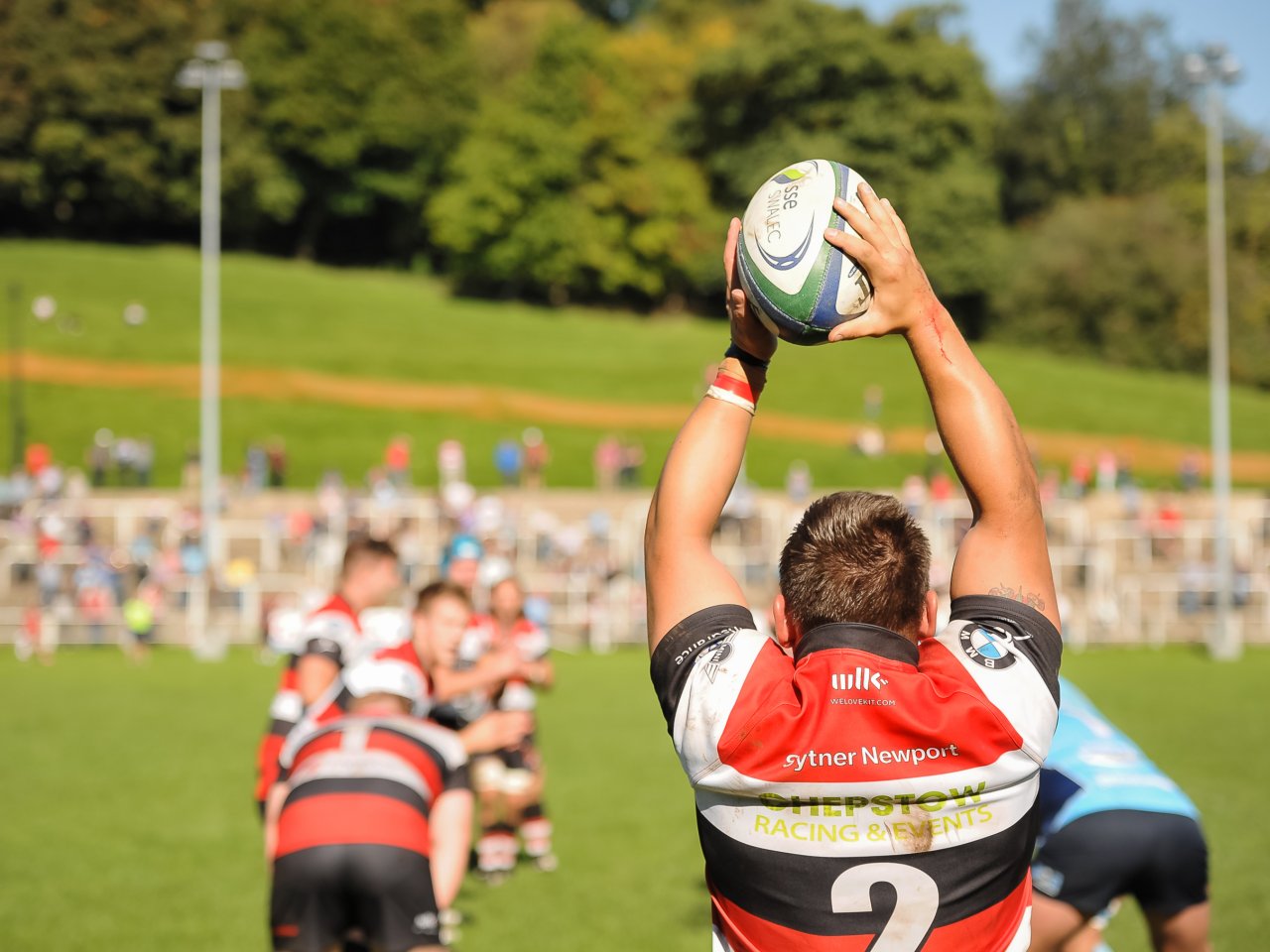 After the SWALEC Cup home defeat at the hands of Bedwas last weekend, Pontypool were back in SWALEC Championship action with a trip to the Dairy Field to take on bottom-of-the-table Llanharan. The Dairymen have been struggling all season and could only field a bare XV with no replacements. There were uncontested scrums throughout the game, which seemed to put Pooler off their stride slightly. However, Pontypool came away with 5 league points and scored 10 tries – a job well done.

Pontypool kicked off defending the clubhouse end of the ground. In the 5th minute Pooler were on the attack and, after a series of drives in the Llanharan 22, centre Sione Tu’ipulotu scored the opening try near the left corner. Full back Clayton Gullis’ attempt at goal struck the right post (5-0). Mid-way through the first half, Pooler won the ball from a lineout on their right near the half way line. The ball went left and travelled through several pairs of hands, reaching left wing Josh Hurley, who crossed in the corner for an unconverted try (10-0).

In the 23rd minute and after another patient build up through some good passing, centre Marc Thorley celebrated his first game back after a long lay off through injury with a try in the left corner. Gullis’ conversion attempt hit the left upright this time! (15-0). Five minutes later and Pooler went on the offensive again. Sione Tu’ipulotu made a break and off-loaded to the supporting Jamie Jeune and the loose head prop crossed for Pooler’s bonus-point try, which was converted by Gullis (22-0).

Seven minutes before the interval, Pooler won possession on their right and the ball was passed along the threequarter line for Josh Hurley to cross for his second try of the afternoon, converted by Gullis (29-0). In injury time, Pontypool were in Llanharan’s 22, the ball was moved left and outside half Sam Mills crossed in the corner, converted by Gullis. Half time score – Llanharan 0 Pontypool 36.

After five minutes play in the second period, Pooler back rower Jordan Williams was replaced by Matthew Thomas. Eight minutes later and the visitors won a lineout deep in the Dairymen’s 22 and replacement Thomas crossed for a try near the posts which Gullis improved (43-0). Pooler then made several changes with Marc Thorley, Sione Tu’ipulotu and hooker and club captain Ben Parry being replaced by Pat Lewis, Tom Hancock and Jamie Edwards respectively. Just after an hour’s play right wing Nathan Brooks gathered a relieving kick inside his half and, in turn, chipped ahead, gathered his kick and passed to replacement Pat Lewis who scored a try to the left of the posts which Gullis converted (50-0).

With 15 minutes left, Pooler’s tight head prop Garin Harris made way for the experienced Ryan Harford. Shortly after, the ball went loose in midfield after some scrappy play by Pooler. The ball was kicked ahead by Llanharan, centre Harry Griffiths gathered and scored a try near the posts, converted by outside half Scott Jones (50-7). From the re-start Pooler won the ball and following a passing movement, flanker Rob Nash scored a try to the right of the posts. Gullis added the extras (57-7).

Back came plucky Llanharan and, approaching injury time, got into Pooler’s 22. The home forwards then drove towards the visitors’ line and scrum half Craig Burton scored a try to the right of the posts. Scott Jones converted (57-14). On the stoke of full time, Pooler scored the final try of the match near the posts through left wing Josh Hurley – his hat-trick. Gullis added the extras. Final score – Llanharan 14 Pontypool 64.

This was a comfortable victory for Pooler but credit must go to the Llanharan players who never gave up and were a credit to their club. The Dairymen are going through a tough time at the moment and I am sure everyone at Pontypool RFC wish them well for the future. As for Pontypool, it was a strange game without any contested scrums from the off, but they must be pleased to score 10 tries. Pooler’s next game is on Saturday when they welcome Championship new boys Newcastle Emlyn to Pontypool Park, kick-off 2.30pm.