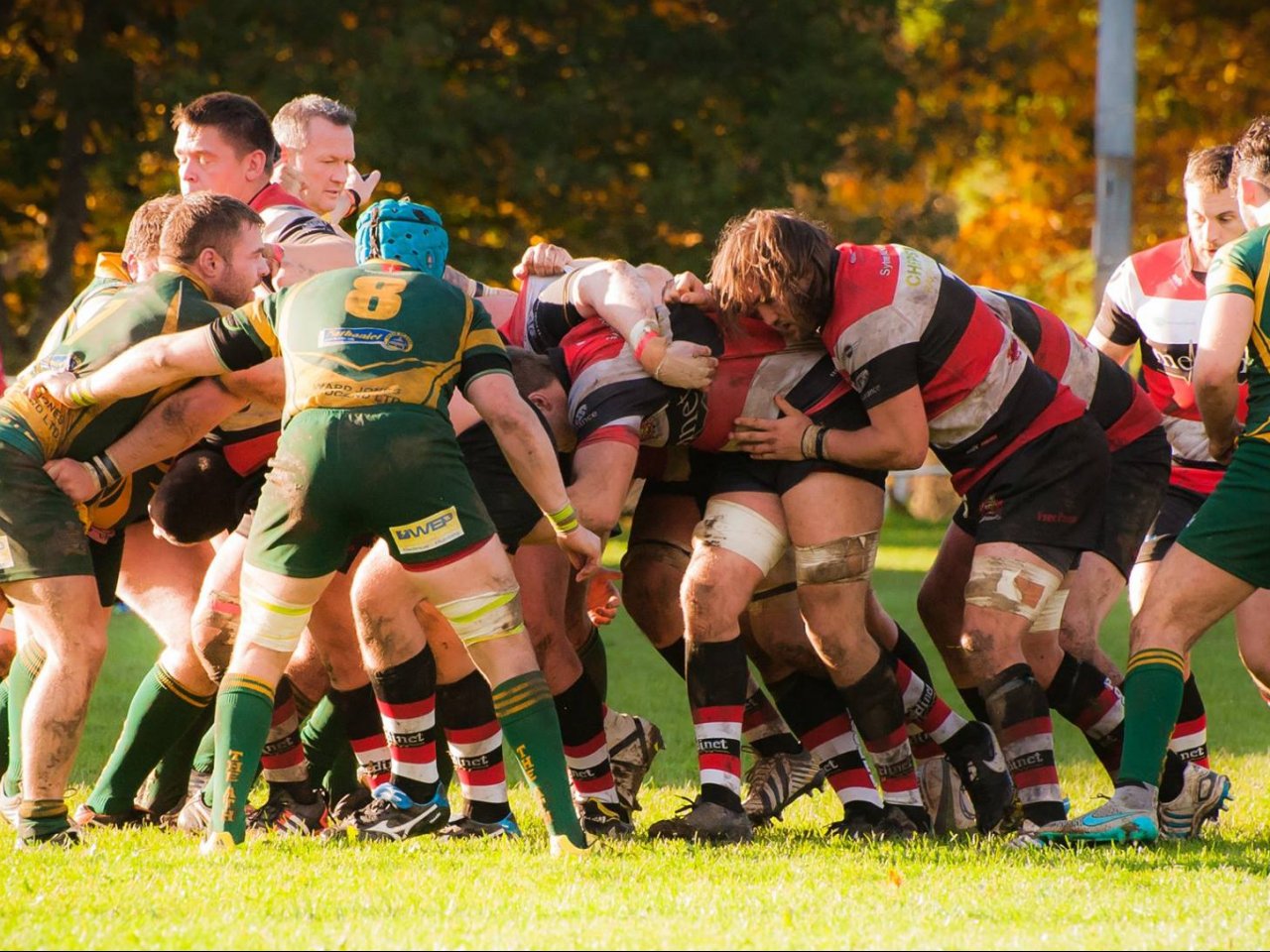 Pooler now just one win away from the Premiership

Pontypool travelled to the Brewery Field for the SWALEC Championship clash with Bridgend Athletic looking to carry on their good form and secure that all-important bonus-point win. This was achieved but at what cost? Back row Jordan Williams and second row Elliott Ferriman both left the field with nasty-looking injures. Hopefully both players are not seriously injured and will be in contention for places in the team for next Saturday’s big showdown with RGC 1404 at Pontypool Park.

Bridgend Athletic kicked off defending the car park end of the ground. In the first minute some great inter-passing between Pooler’s Pat Lewis, Sione Tu’ipulotu, Aaron Quick, Jordan Williams and Aaron Quick again took play 80 metres up field with second row Derryn Jones crashing over for a try and a dream start. Full back Clayton Gullis kicked the conversion (7-0). After ten minutes play visiting second row Elliott Ferriman made a good break on the home 10 metre line on the right which took play up to Athletic’s 22. He off-loaded to the supporting Josh Hurley and the right wing ran in for a try to the right of the posts. Clayton Gullis added the extras (14-0).

Midway through the first half Pooler were applying pressure near the Athletic’s goal line. The ball went right, then recycled, and tight head prop Garin Harris picked up from a ruck and barged his way over for a try which Clayton Gullis improved (21-0). Shortly after home blind-side flanker and captain Sean Williams was yellow-carded for a tip tackle. On the half hour Pontypool were penalised for an offence at a scrum inside their 22 near the posts and home outside half Lewis Evans reduced the deficit with a successful penalty goal (21-3). Three minutes later the visitors were penalised again, this time for a high tackle, in front of their posts. Lewis Evans slotted the easy shot at goal (21-6).

With less than five minutes to go before half time, Pooler were caught asleep after the ball had gone loose in midfield, near the half way line. Athletic’s wing Mike Powell crossed for an unconverted try in the right corner. Half time score Bridgend Athletic 11 Pontypool 21.

Early in the second period Jordan Williams was injured and hobbled, aided, off the field, replaced by Gareth Rusby-Davies. After 55 minutes good ball by Elliott Ferriman from a lineout 40 metres from Athletic’s goal line gave the pack momentum for a driving maul. The ball was then released to the backs and centre Marc Thorley, at pace and at an angle, cut through the home defence and sprinted under the posts for a try which was converted by Clayton Gullis (28-11). On the hour mark Pooler were penalised for standing up in a scrum near their line, 20 metres in from Athletic’s left touchline but the attempt at goal went wide. Three minutes later Garin Harris was replaced by Jamie Edwards in Pooler’s front row and centre Sione Tu’ipulotu made way for Rhodri Usher.

Shortly after Pooler went on the attack again as outside half Tom Hancock took the ball into the home 22, then Josh Hurley made ground and Jamie “Teddy” Edwards made an instant impression by scoring his first try for the club to the left of the posts. The reliable Clayton Gullis slotted the conversion (35-11). With about 15 minutes of the game left, Elliott Ferriman was stretchered off and was replaced by Joe Popple. Pooler’s loose head prop Jamie Jeune also left the field due to a gash to the head and Garin Harris returned to the field. In the final five minutes Pontypool’s consistent scrum half Aaron Quick made way for Rhys Dyer. Final score Bridgend Athletic 11 Pontypool 35.

Pontypool played well in the first 20 minutes and last 20 but seemed to take their foot off the gas in between. The maths is simple – if Pooler beat RGC 1404 next Saturday then they will be promoted to the Principality Premiership and if Pontypool are victorious at Bargoed Park the following week then it will be a third place finish, which will cap an outstanding season for the club.